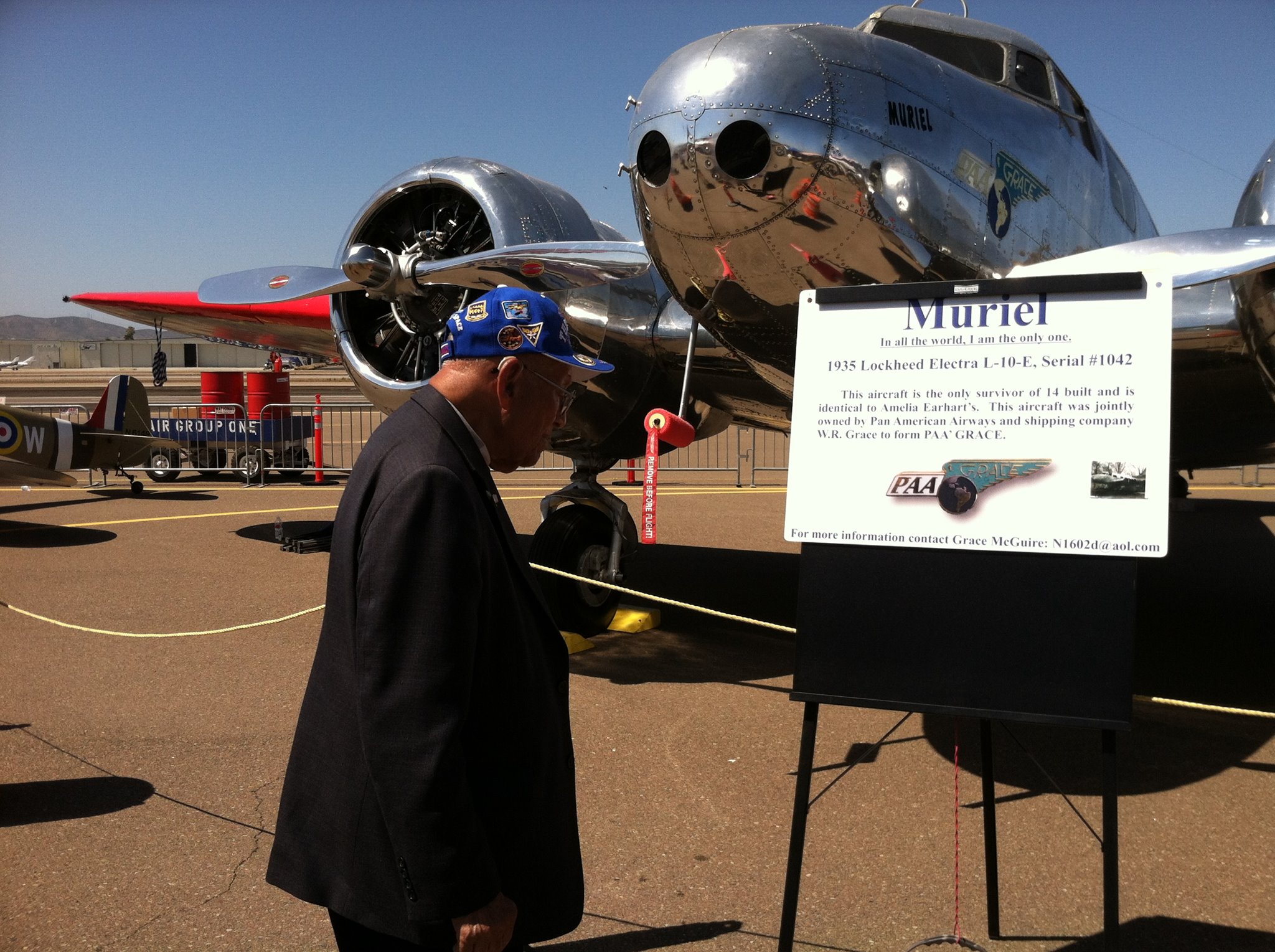 This attraction will be in addition to Amelia Earhart’s childhood home and the annual Amelia Earhart Festival. Both already draw admirers from all around the world.”We’re thrilled to carry on the amazing Earhart legacy through this aircraft,” Seaberg said. “At a time when it could have been discarded, it was instead impeccably cared for and restored and will now live on to educate future generations.”

For 34 years, aviator Grace McGuire owned, maintained and restored Muriel. When Muriel was at risk of being relegated to the trash, McGuire rescued the aircraft, seeing its potential as an aircraft with a story.Landstar, Inc. is transporting Muriel through California, Arizona, New Mexico, Texas, Oklahoma, and Kansas. The truck and trailer will be almost 89 feet long in total. Estimated weight is 8,000 pounds.

The Atchison Amelia Earhart Foundation is committed to honoring Earhart’s legacy through a museum in her hometown of Atchison, Kansas. The group recently acquired the world’s last remaining Lockheed Electra L-10E, known as Muriel, to help tell the story. You can find more information about the foundation at www.AtchisonAmeliaEarhartFoundation.org.