The National Warplane Museum in Geneseo, New York held its annual “Greatest Show on Turf” airshow on June 4th and 5th, 2022. Good weather and cool temperatures brought out large crowds to the drive-in style show. If you haven’t attended the National Warplane Museum’s “Greatest Show on Turf”, you have missed a truly special warbird gathering. This is an intimate air show. No large fence separates the spectators from the aircraft or crews. Visitors are free to move along the flight line, and have the opportunity to do such things as walk through a PBY, talk to a P-51 pilot or have their children photographed in the cockpit of a Stearman biplane. In today’s high-security airport environment, this is a rare opportunity to observe aviation up close and personal. 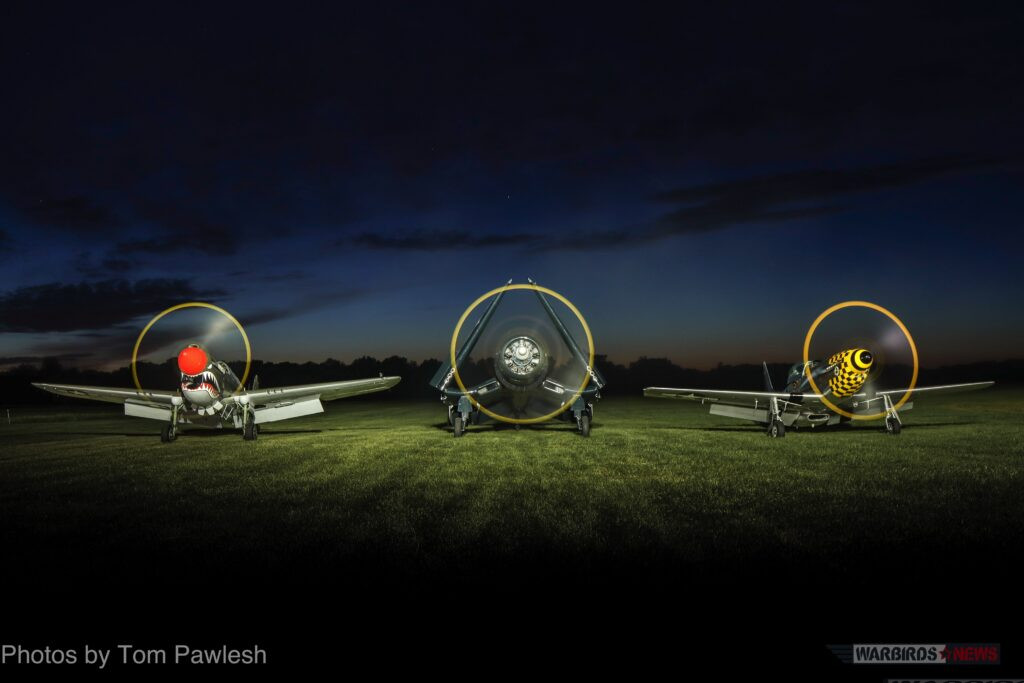 A Salute to Veterans of all services from the United States and Canada was held midway through the show. All veterans were invited to show center to be recognized. While the Canadian and American National Anthems were played a Missing Man formation consisting of P-51 Mustangs flew overhead.

On the ground were vendors and food booths, a classic car cruise and a large display of military vehicles with over 100 WWII re-enactors. Kids activities included a climbing wall and bounce house. A big thank you goes to all the volunteers that worked hard during the show and for months before in preparation for the weekend. Also, thanks to the pilots that helped with the air2air photo shoot and stayed late for the night photography session.