Colonel Clarence “Bud” Anderson celebrated his 100th birthday today. He remains one of the United States Air Force’s most celebrated pilots and is perhaps most well known for his prowess over Europe during WWII, where he is credited with downing 16+ enemy aircraft while flying P-51 Mustangs with the legendary 357th Fighter Group. He flew 116 combat missions with this unit – all without taking any damage to his aircraft or the need to return due to mechanical issues, a remarkable feat which demonstrates both his skill as a fighter pilot and an intimate understanding for his aircraft and its systems.

This was not Col. Anderson’s only experience in a war zone, however, as twenty five years later he lead the 355th Tactical Fighter Wing’s F-105 Thunderchiefs into combat in the skies over North Vietnam.

Despite these wartime exploits and his demonstration of exceptional leadership skills, Anderson’s most daring aerial feats probably lay in his work between the wars at Wright Field. From here he helped test highly-modified F-84s which Republic Aviation had adapted for the FICON (Fighter Conveyor) program. While the parasite fighter concept wasn’t new – Goodyear had built a pair of massive dirigibles in the early 1930s (USS Macon and Akron) which could field up to five Curtiss F9C Sparrowhawks from a hangar/trapeze setup in their bellies – the idea of doing such a thing with high performance jets seems utterly irrational from today’s perspective.

But in the mid-1950s, during the tumult of the Cold War, very few risks were not considered worth taking when it came to ensuring the nation’s strategic bombers could reach their targets. In this particular case, one of “Bud” Anderson’s roles was to evaluate methods for mating and de-mating his F-84 from the Consolidated B-36 Peacemaker mothership – in flight! They tried several approaches, either mounting the F-84 to the Peacemaker’s belly, or to its wingtips. Needless to say, testing these aircraft in action was always a hair-raising ordeal, and it’s hard to imagine the kind of courage, determination and skill required to perform such tasks – but, as all of us know, Col. Anderson is no ordinary pilot.

Back in 2013, the Smithsonian’s National Air & Space Museum invited Col. Anderson to make a public presentation describing his experiences on the FICON project. Thankfully this is available online, via the Smithsonian’s YouTube Channel below. Having been there in person to witness this marvelous lecture, I can assure readers that it is really worth watching!

Interspersed with his assignments to regular USAF units, Col Anderson regularly returned to test flying, which culminated with his serving as Assistant Chief and then Chief of the Flight Test Operations Division at Edwards Air Force Base between November 1957 and August 1962.

Following his retirement from the Air Force in March, 1972, Colonel Anderson returned to the flight evaluation arena, managing the McDonnell Aircraft Company’s Flight Test Facility at Edwards AFB for the next dozen years. A California native, Bud retired to Auburn in his home state where he continues to live amongst a multitude of friends. A gentle and thoughtful man, he is beloved by all who know him!

Many congratulations to Col Anderson for reaching such a remarkable milestone… and to a life well lived! 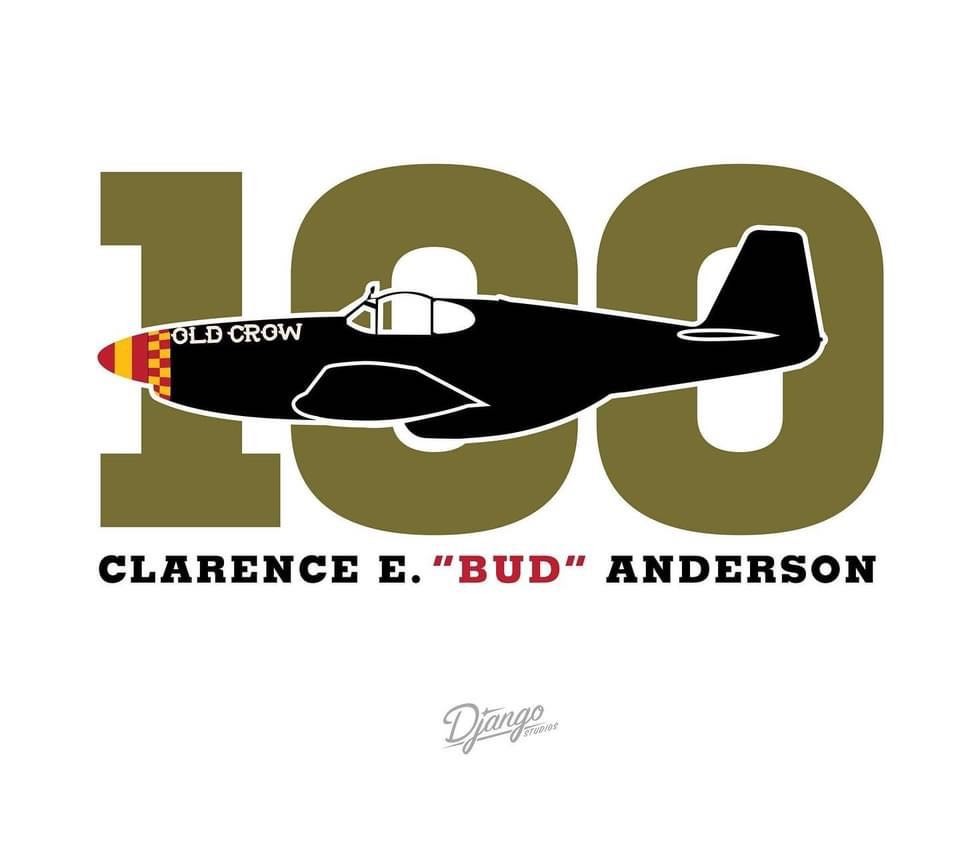