Back in April, 1996 the Berlin Airlift Historical Foundation (BAHF) acquired Boeing C-97G Stratofreighter 52-2718 from the Grace Air Medical Foundation. Returning this marvelous aircraft back to flying condition was an immensely difficult and time-consuming endeavor, but they did indeed triumph on November 17, 2017 when C-97G Angel of Deliverance took to the skies again. Since that time, the BAHF has gained valuable experience regarding this great unsung transport hero of the Berlin Airlift and Cold War era. 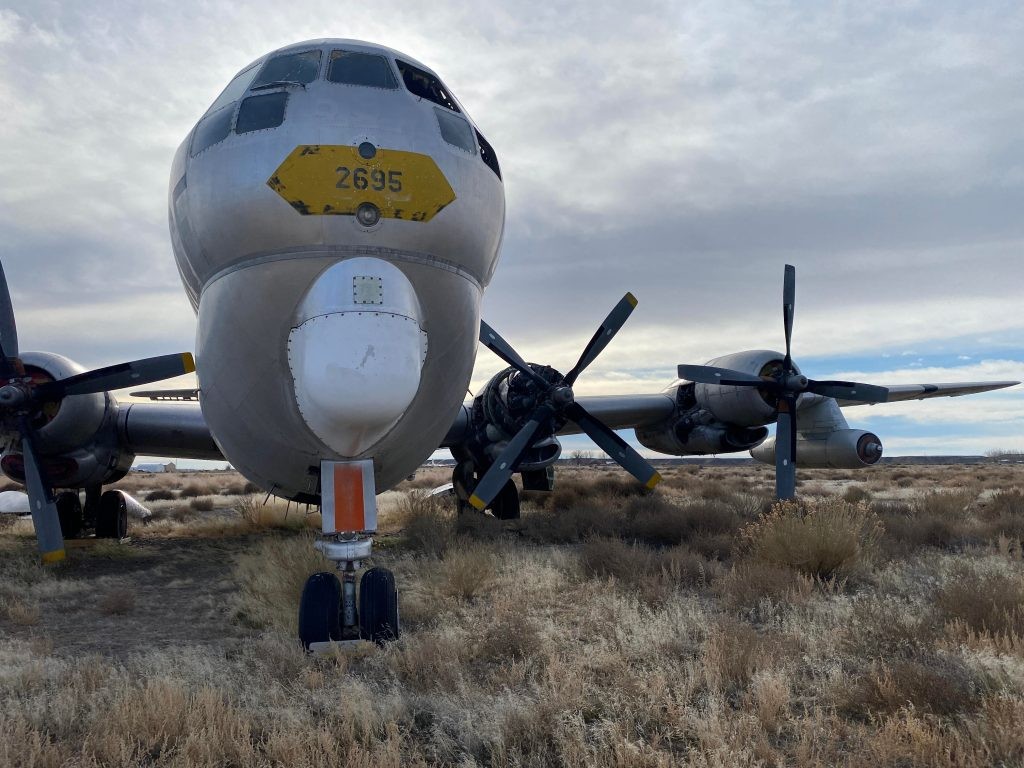 On December 5th, 2021, BAHF’s President, Tim Chopp, its Vice President Kevin Kearney, and Maintenance Coordinator, Matthew Chopp made their way back to Greybull, Wyoming to meet with B&G Industries President, Karl Bertagnole to continue discussions regarding the future of the organization’s C-97 program. In order to maintain Angel of Deliverance as an airworthy airframe into the future, the BAHF needed to establish a significant spare parts cache from which to draw, a parts cache which B&G Industries had at their disposal.

Negotiations with B&G Industries for their vast supply of C-97 parts actually began four years ago. The BAHF team spent several days looking over the C-97’s in storage at Greybull, these being the last examples from the legendary Hawkins & Powers firebomber fleet. They evaluated what was on hand and what items could prove valuable to Angel of Deliverance’s longterm maintenance. As a result of their investigations, BAHF came to an agreement with B&G Industries on December 7th, 2021 which will allow them to acquire several of these long-dormant C-97s for essential spare parts. This will include a dozen serviceable Pratt & Whitney R-4360-59B Power Packs with records, propellers, brake assemblies and myriad spare parts. The purchase will ensure the Angel of Deliverance’s longevity as the world’s last airworthy Boeing C-97.

Regarding this acquisition, the BAHF stated in a recent (gently edited) press release…

This purchase was absolutely necessary in order to keep our C-97 program alive. There are no more viable engines anywhere, and the quoted cost to overhaul just one is north of $250,000, just to open it up. These are the only parts available anywhere, at any cost. Naturally, acquiring these parts was expensive. We will be mounting a fundraising campaign to recover these costs.

Now that we have these parts, our first goal is to bring back several spare engines from Wyoming in order to get Angel of Deliverance back in the air and out of Reading Regional Airport where she has been sitting since June of 2019 [following an engine failure]. This is going to be a war on time, logistics, and finances to successfully complete, as each engine “Power Pack” weighs 6,500lbs and they need to travel over 2,000 miles by road from Greybull. We will need to coordinate bringing our tools and specialized equipment out to Wyoming, as the tooling and equipment that H&P had was sold in a liquidation auction in 2006. A heavy crane will need to be brought in from Cody, Wyoming. We will have to fabricate specialized engine stands on which to mount the Power Packs to facilitate safe transport. A cargo-carrying company will have to be contracted to haul these engines East, on a specialized ‘air ride’ trailer, to avoid damaging the engine internal parts during bumpy highway travel. Then we will need to contract a crane to install the engine on Angel of Deliverance once the trip is complete. A maintenance crew already removed the damaged #2 engine from Angel of Deliverance on September 25, 2021, in anticipation its replacement.

Now that we have acquired an abundance of spare parts, the remaining resources we need come from those special people who share our vision with their willingness to support our needs to once again hear the magical, full-throated roar of four mighty P&W R-4360 Wasp Major engines as they power the world’s last viable C-97 in the air.

As many will remember, back in June of 2019, the BAHF’s C-97 operations were beginning to progress from the crawling stage to a walking stage. Several C-97 events were scheduled for 2019 and 2020, some at active military bases while many others were seeking more information regarding the aircraft’s attendance. Then of course, disaster struck on June 4th, 2019 with the C-97’s catastrophic #2 engine failure, followed by the tragedy of the Covid-19 Pandemic and then the loss of our C-54E in early 2020. All of these significant setbacks have contributed to the temporary derailment of the C-97 program… until now. Now we need those tough, stubborn, “never give up” kind of C-97 supporters to join our ranks and help push the program forward again. All Angel of Deliverance needs to get airborne again is a current inspection and an airworthy engine for the #2 slot. Together – as a team – we can make this happen!

Many thanks indeed to Kevin Kearney for sharing some of the details regarding the Berlin Airlift Historical Foundation’s tireless efforts to celebrate the brave aircrews from the Berlin Airlift. It is a noble mission and one which has clearly engaged much passion and dedication from both the public and the organization’s volunteers. Despite their intense efforts, this endeavor could not continue without significant help from public support – so if you can, please do contribute below to help keep the Angel of Deliverance and Spirit of Freedom alive…

For a detailed look at the initial restoration of the Berlin Airlift Historical Foundation’s KC-97G Angel of Deliverance, please see our very own Greg Morehead’s marvelous article on the aircraft in Warbird Digest Issue #76. 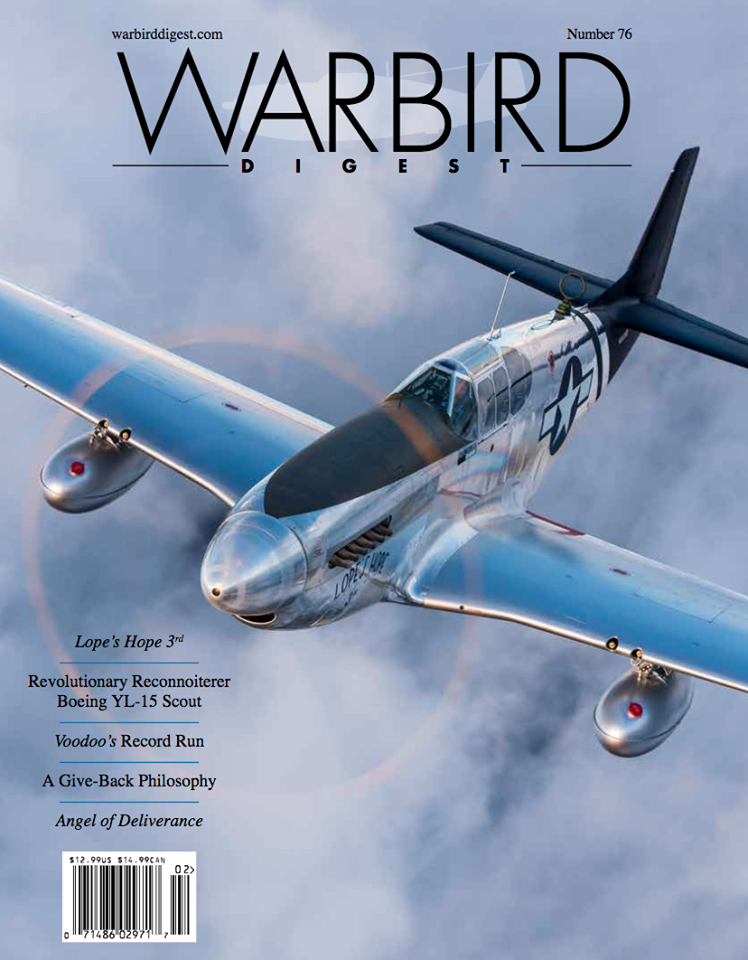