Boschung Global recently added a Mitsubishi A6M3 Zero to its growing warbird aircraft inventory. This rare Japanese fighter is not just an airplane; it is aviation heritage preserved thanks to an authentic restoration.

One of the Second World War’s most iconic aircraft and a symbol of Imperial Japan’s naval airpower, the Zero was a Japanese design representing a clever compromise between capability and limited engine power. Its speed, excellent climb rate, impressive range, unmatched maneuverability and good armament, meant the Zero came as somewhat of a shock to the Allies and it soon became a feared opponent. For Japan, the Zero’s supremacy occurred at the right time for it to spearhead a remarkable carrier-borne assault over a huge area, in a very short space of time. However, with the new generation of US Navy fighters appearing from 1943 and tactics developed to counter the Zeros maneuverability, the type began to suffer from the design sacrifices which had made it such a formidable foe during the early war years. Nevertheless, the Zero was still a fighter to be respected through to the last days of the war.

The Zero was produced in greater numbers than any other Japanese wartime aircraft; however, eight decades on, airworthy examples are few and just as rare are opportunities to purchase one of these famous aircraft. Fortunately, Boschung Global Ltd is now in a position to offer a fine example to anyone who has a passion for history, is looking to get into the cockpit and experience the spirit of the Samurai, or simply wants to secure a ‘living’ investment which will continue to appreciate in value. 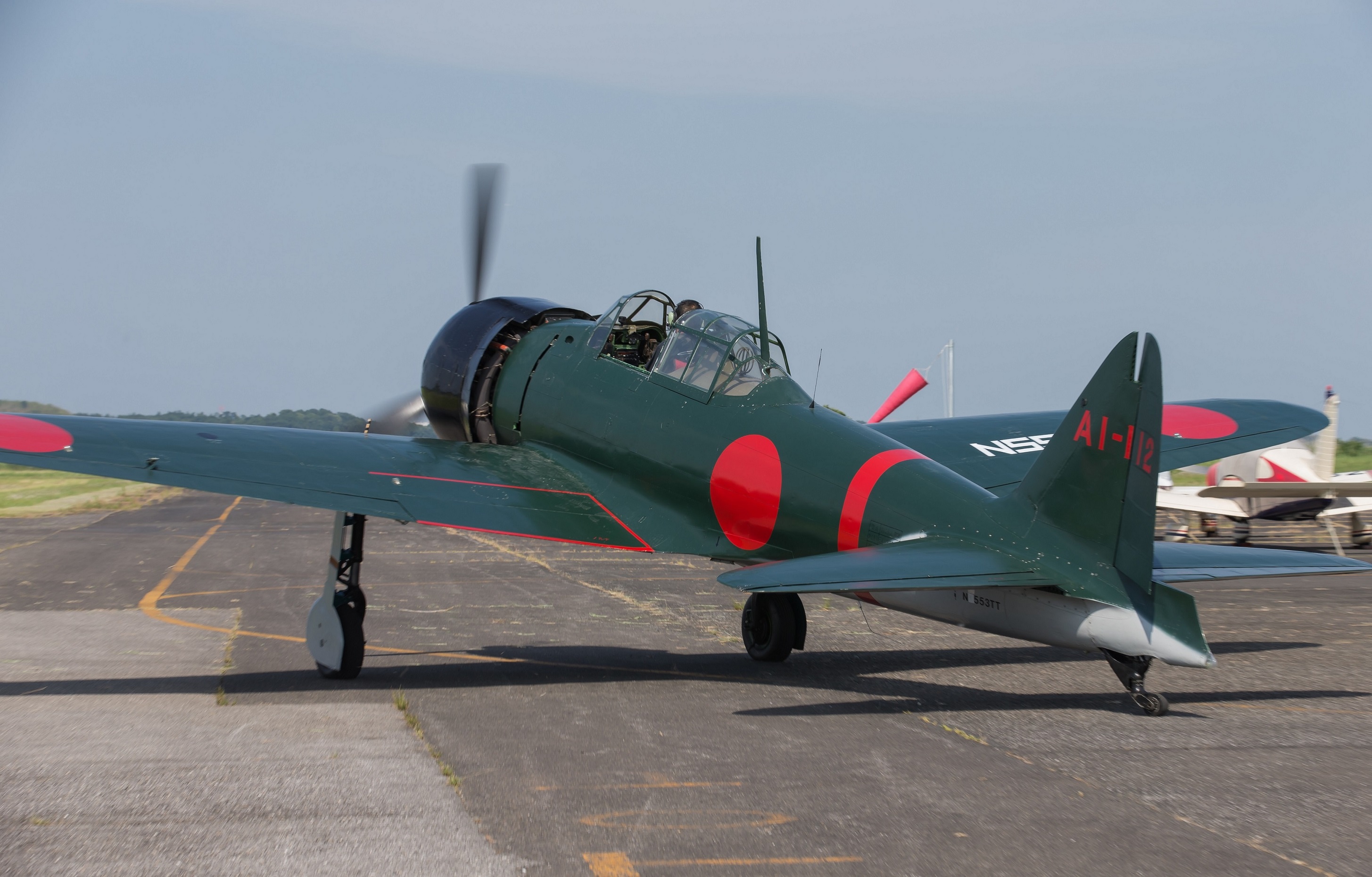 Mitsubishi A6M3 ZERO (SN 3858, REG. N553TT) is an aircraft which has come a long way since it was manufactured in 1942. Little is known of its wartime history other than it was assigned to the 3rd Naval Air Group, however it is certain to have seen much action prior to it being damaged and eventually abandoned on Babo airstrip, New Guinea. Here it would remain among the wrecks of its brothers, bearing silent witness to the tumultuous events of a time long past.  It was in the 1990s that an aircraft salvager visited and secured rights to recover some of these decaying treasures, and in a combined salvage effort, Zero 3858, along with two others, made their way to the Museum of Flying, Santa Monica. Following assessment and the realisation that the severely challenged wrecks would need a complete rebuild it was decided to strike a deal with Flight Magic Inc. of Santa Monica and ship the relics off to Russia where Flight Magic already had new build Yak fighters in production. Fortunate to be able to consult a complete set of original drawings, the Russian engineers got to work in recreating the Zero’s design, shape, weight and flight characteristics. With the goal of returning these old warriors to the skies, safety of the pilot and the aircraft could not be compromised, consequently new load bearing structure was essential. Original parts were used wherever possible in areas such as the cockpits, which have an authentic period finish.

The rebuilt Zeros returned to the USA in 1997 where they were fitted with engines. Given serviceable original Sakae engines were just as rare as the aircraft themselves, it was decided to install a similar sized power plant to remain true to the sleek lines of the fighter. This came in the form of one of the most reliable radial engines ever built, the Pratt & Whitney R-1830, which was specially modified to accommodate the tight-fitting cowlings. The result was what can only be described as a refresh of an old Legend! 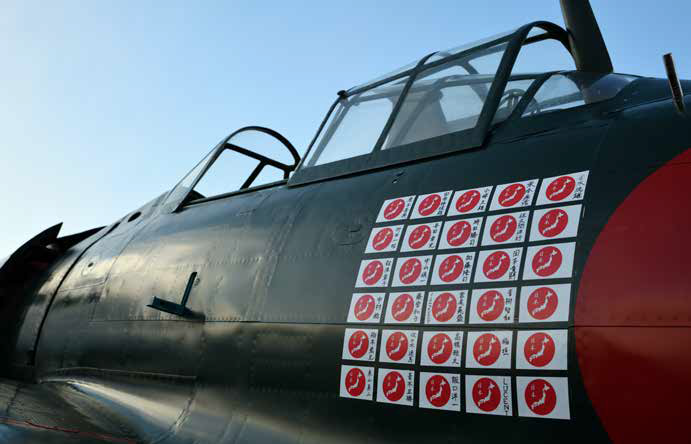 Zero 3858 flew once again in 2000 and found itself a star of the big screen, flying many hours for the movie ‘Pearl Harbor’ and today it retains the colour scheme seen in the film.

In 2010 the fighter was once again under Japanese ownership and that owner was determined to return the Zero to its homeland and fly it to honour its heritage and all those who flew it in a time of war. Following a year of duty displaying the fighter at special events, the owner returned the aircraft to the USA and has now decided that it is time to pass the aircraft on to a new guardian. He has placed the sale of his beloved machine in the hands of a company he trusts, Boschung Global Ltd.

The Zero is offered with a detailed log book listing all work and certifications and the option of a separate original Sakae engine. With such a rarity making its way on to the market, it is a certainty that it will only be available for a very limited time. If you are tempted to become the new caretaker of this piece of history, it would be wise not to hesitate – the opportunity to secure another example will not likely arise again for a very long time!

The Zero is not the only treasure in the Boschung Global Ltd inventory; they also have numerous other top of the line rare and historic machines looking for proud new owners. These include airworthy examples of famous German, Russian, American and British fighters and trainers, and even an Avenger torpedo bomber. For those who like to roll their sleeves up and get involved in the craftsmanship required to return these beauties to flight, Boschung Global Ltd is also offering some amazing project aircraft.

Make Boschung Global Ltd your first option if you are looking for warbirds which are iconic, exotic, or just plain exciting! Visit www.boschungglobal.com 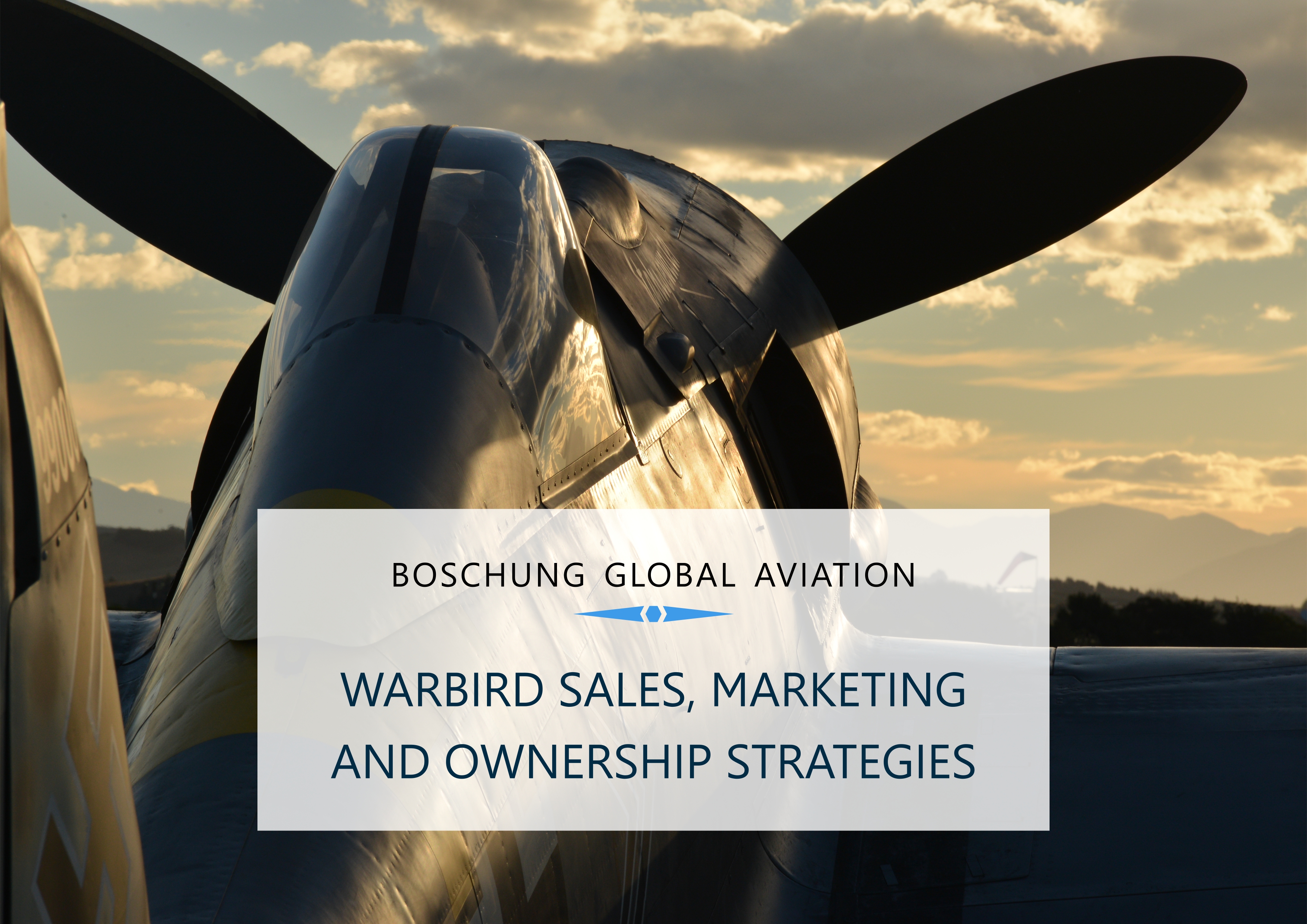 *An advertorial is an advertisement in the form of editorial content.