Noted aviation authors Jim Dunn and Nicholas A. Veronico have released a new book on the military aircraft storage operation in Tucson, Arizona – just in time for the facility’s 75th anniversary. Named for the unit which operates it, AMARG is the Aerospace Maintenance and Regeneration Group and is home to more than 3,000 air- and rotor-craft stored on behalf of the U.S. military and a variety of customers.

A brief recap of the facility’s first 75 years leads readers into a photographic look at some of the more interesting aircraft in storage. Beginning with “The Business of Aircraft Regeneration,” the book features more than 175 color photos separated by bombers and patrol aircraft; attack, fighters and MiG killers; helicopters, tankers, trainers, and transports; and special use aircraft. There is a separate chapter showcasing the Centennial of Naval Aviation paint scheme airplanes at are now in storage, as well as a “What Happened to ____?” chapter that examines the fates of the YAL-1 Airborne Laser Test Bed 747, Blue Angels F/A-18 No. 7, and the XC-99 cargo version of the B-36 Peacemaker. 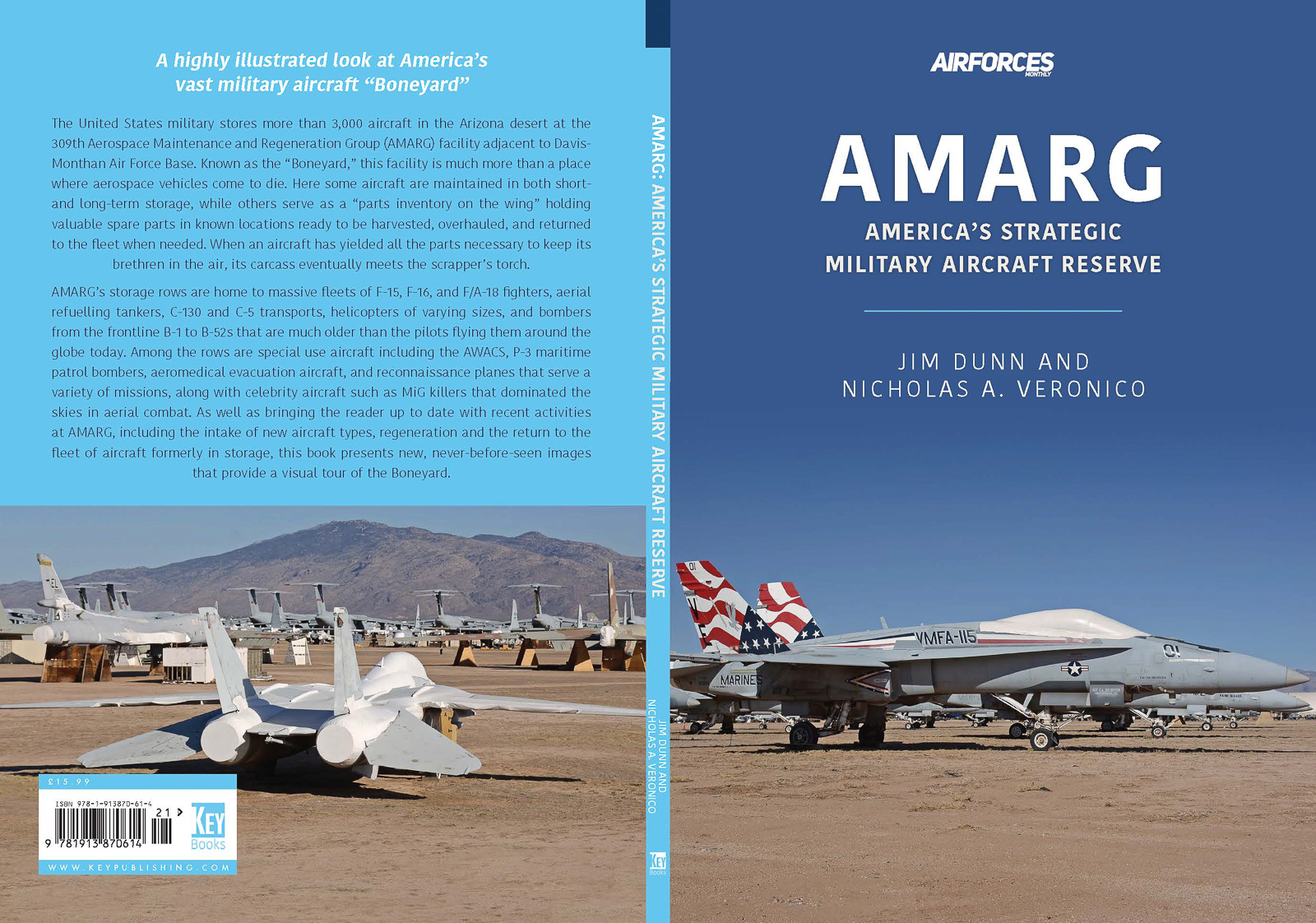 The front and rear cover pages from Jim Dunn and Nicholas A. Veronico’s newly-published book celebrating the 75th anniversary of the ‘Boneyard’. (image via Nickolas A. Veronico)