Despite the Armistice of Cassibile between the Allies and the Kingdom of Italy in early September 1943, air battles still raged in the skies over the Po River Valley for many more months; Hitler’s Luftwaffe and the German-aligned Aeronautica Nazionale Repubblicana (ANR) continued the fight… Many lives were lost (needlessly) as a result, both on the ground and in the air. Of those airmen who perished, a good number simply disappeared, seemingly forever – buried deep in the Italian soil amidst the concertinaed wreckage of their aircraft. Even though the best part of a century has passed since those tragic days, there are some in Italy who have not forgotten those missing flyers. Indeed, several groups have emerged in recent years with the hope of bringing some sense of closure to the families of the missing by locating where their loved ones fell. Air Crash Po is one of these teams and last year our very own Moreno Aguiari interviewed one of its founding members, Luca Gabriele Merli (we published the resulting article HERE). More recently, the group has discovered another lost aircraft and identified those who flew aboard her on a fateful nighttime raid during November 1943…

In the early minutes of November 10th, 1943, some sixty Junkers Ju 88A-4s belonging to II./KG30, I./KG54 and II./KG54 took to the skies from northern Italian airfields in Villafranca, Cameri, Bergamo, Villaorba, and Aviano. The twin-engined bombers made their way through the night to attack the port city of Naples, by then in Allied control. A portion of these aircraft were responsible for illuminating the objective so others could attack ships in the harbor. 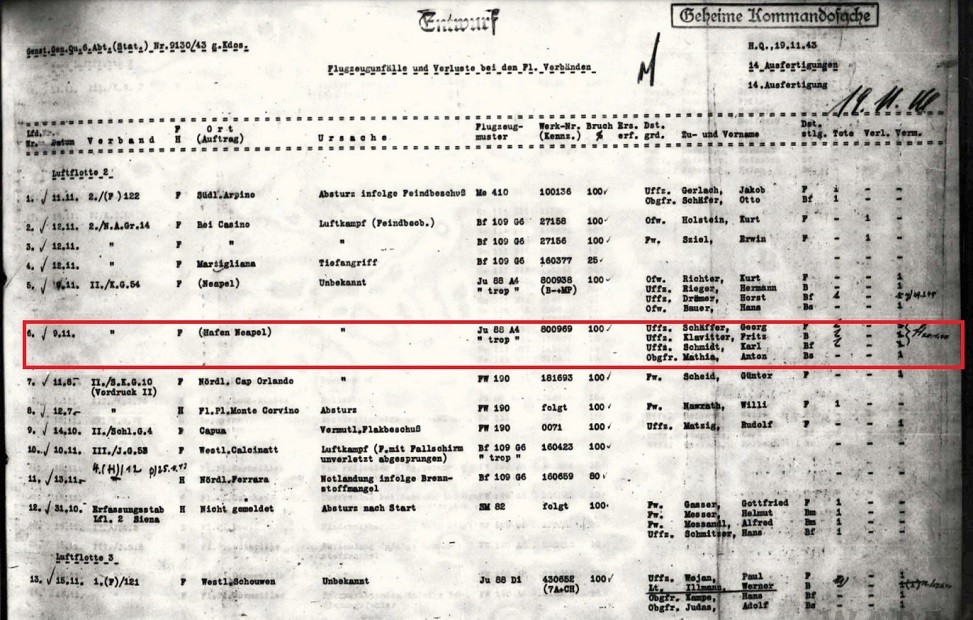 Even though this attacking force made it through to their objective, they paid a heavy price, losing 28 airmen dead and 4 wounded amongst the eight aircraft which failed to return (five from KG 30 and three from KG 54). Five Ju 88s went down over the target area while three crashed on their way home: one in Grosseto, one near Fano, and another on the slopes of Monte Amiata, near Abbadia San Salvatore. The surviving Ju 88s struggled back to their home bases in the darkness between 05:30 and 06:15 hours. The war soon moved on of course, with the losses, on both sides, coming at a mind-numbing pace; there was little time to grieve, and even less energy to locate the missing.

In the summer of 2021 members of Air Crash Po, Luca Merli, Agostino Alberti, Dario Colantoni, and researcher Michele Mari explored the slopes of Monte Amiata, a preliminary inspection to locate one of the missing Ju 88s. In the course of several exploratory missions, the group discovered significant shards of aircraft wreckage – parts of the fuselage, engines, pipes, plates, window glazing, and even the remains of several cockpit instrumentation were among the items discovered. Several items still retained their part numbers, and these received scrutiny from Luca Merli, an expert on such details within Air Crash Po. Merli was able to positively identify the aircraft remains as having come from a Junkers Ju 88A-4. 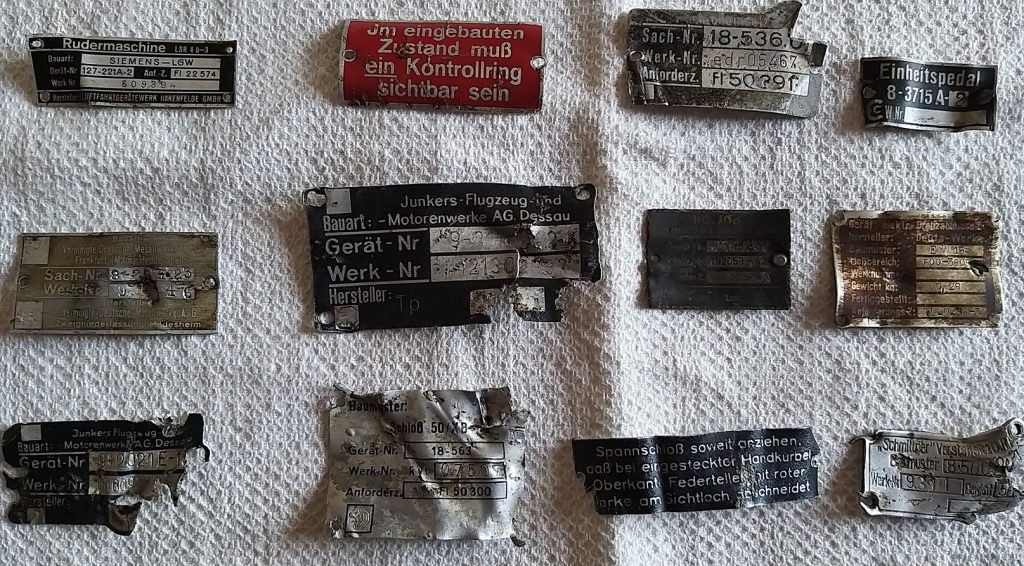 The local information the team had collated was contradictory, however, listing the crash location as belonging to an aircraft which crashed in April 1944. However, amongst the items, Air Crash Po discovered at this location, was the partial remains of a so-called dog tag belonging to one of the airmen who died within the wreck. This fragment bore a part of the man’s military identification number and with it the potential solution to the “mystery” of which missing aircraft and military personnel they had found. With military details provided by Germany’s Bundesarchiv the Air Crash Po set their “investigative machine” in motion. A search through Merli’s extensive Luftwaffe archives produced an answer. After delving through these old and discolored mission reports, Merli concluded that this identification tag belonged to Obergefreiter Anton Mathia, an air gunner on that fateful night in November 1943… 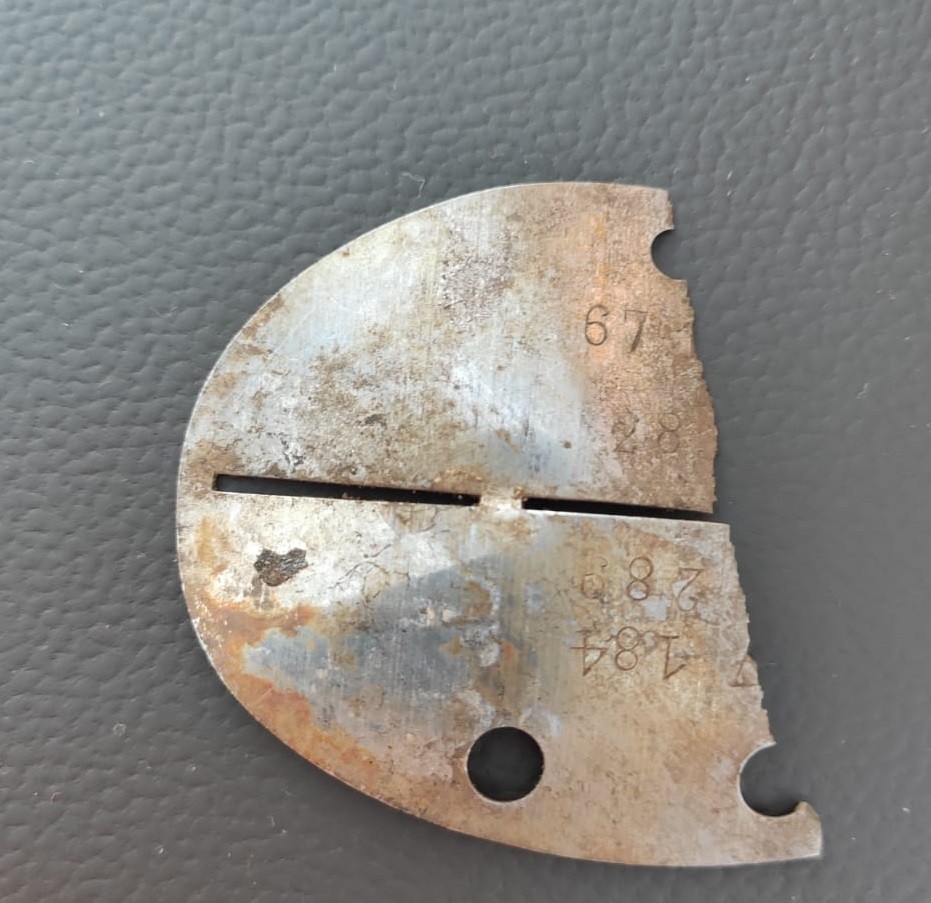 Alongside Mathia aboard that Ju-88 during the raid against Naples in the early morning of November 10th, 1943, were its pilot Unteroffizier Georg Schaefer, observer Unteroffizier Fritz Klawitter and radio operator Unteroffizier Karl Schmidt. All four aviators died in the Ju 88, which apparently crashed due to a navigation error leading it into high terrain.

Merli and his team are now trying to find the families of these airmen. However, the task is proving very difficult due to the scarcity of WWII-era Luftwaffe military unit associations, the lack of reliable archives, and a persisting sentiment amongst many for forgetting the war and Germany’s involvement. If any readers have concrete leads on how to reach these airmen’s families, they would be most appreciative!

Air Crash Po expects to have a busy 2022, with several crash site excavations planned, along with hosting visits from the families of two fallen American aviators.

Reconstructing the history of the war years is no small feat. Putting together the pieces which made up the puzzle of this recent, though fast receding past involves the considerable expenditure of energy in all respects. However, the desire to learn and understand the history of their home and the men who perished there during WWII invigorates AirCrash Po to persevere in their endeavors, and the commitment is stronger every day.

For this reason, they invite anyone with a similar passion to join with them. No matter where you may reside, anyone in possession of documents, photographs, stories, or other information relevant to the Po region in WWII is encouraged to contact them HERE.