Getting its roots from the United Kingdom‘s traditional Proms, the Military Aviation Museum’s Flying Proms is the only event of its kind in North America. It’s truly a one of a kind experience. The event will feature aerial displays from the museum’s collection of historical aircraft, such as the DeHavilland Mosquito as well as rare WWI biplanes, accompanied by musical selections from popular aviation-themed movies. As dusk falls, and the planes land, the second half of the performance will commence, featuring an assortment of patriotic and pop music. So, without further due, here is the Museum’s press release.

On June 18th, the Military Aviation Museum is excited to bring back a fan-favorite event after a three-year absence.  Modeled after a British Proms outdoor concert,  this Americanized version features patriotic music, fireworks, food trucks, and fun for the whole family. With several important anniversaries to mark this year, the performances will feature special pairings that commemorate key moments in American history. 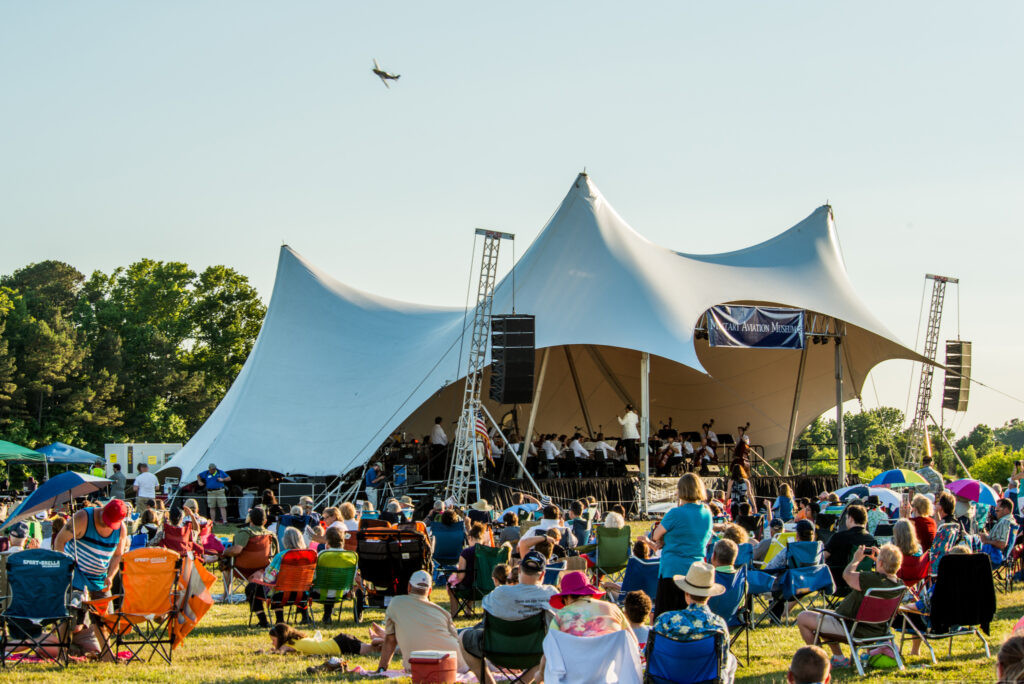 A few of the program highlights feature key moments in history such as a special commemoration of the 80th Anniversary of the Battle of Midway. The FM-2 Wildcat is paired with Midway March, by composer John Williams. Written for the 1976 movie Battle of Midway, the march is American in spirit, with a jazzy nautical swagger, and fits squarely in the tradition of the great American marches.

In a tribute to the USS Langley (CV-1), the Navy’s first aircraft carrier, commissioned 100-years ago this past March, the Wildcat will be joined overhead by the FG-1D Corsair, and AD-4 Skyraider alongside music from the famed documentary series Victory at Sea, originally broadcast by NBC. 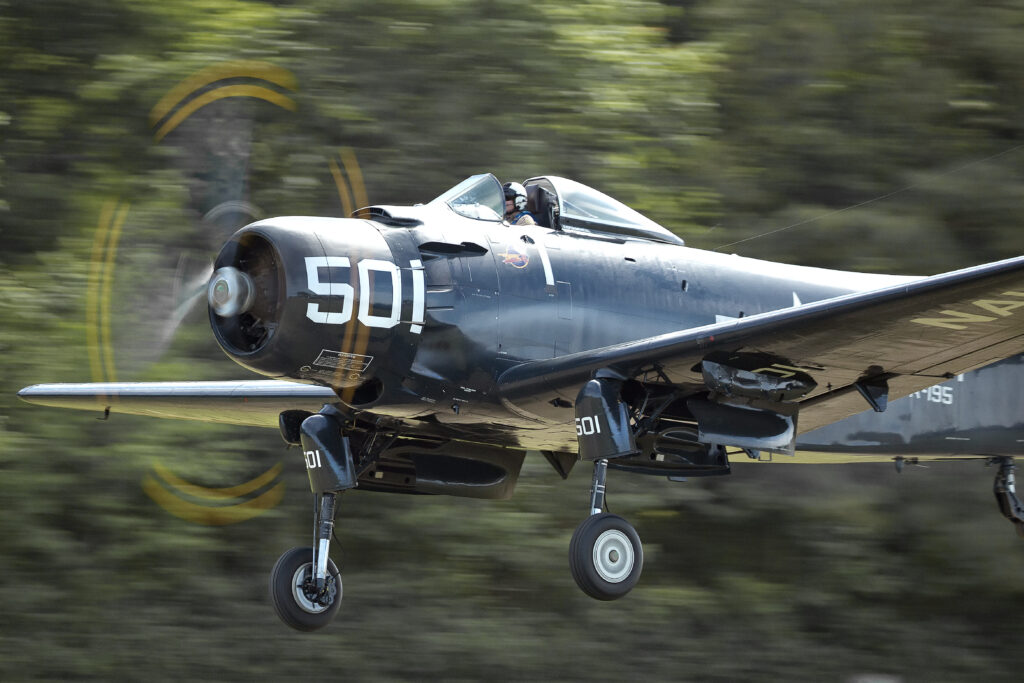 Other highlights of the Flying Proms program will include a flying salute to the men of the Doolittle Raid performing alongside the Virginia Wind Symphony’s rendition of March of the Steel Men, a stirring performance from the PBY Catalina, paired with the classic American folk-tune Shenandoah, a special tribute to the United States Air Force and an exciting selection of music paired with the fireworks finale, including March of the Resistance by John Williams and Belle of Chicago by John Phillips Sousa.

Ticket options include general admission lawn seating, the perfect place for a picnic or choose a VIP option with private seating, exclusive bar service, air-conditioned bathrooms, and other perks, or your own private chalet to throw a party with your friends.  There will be a wide selection of food trucks and beer and wine are available for purchase.

Museum Director, Keegan Chetwynd explains, “Flying Proms really is an event unlike any other in the United States, seeing 80-year-old aircraft in flight against an evening sky, as the Virginia Wind Symphony performs is an experience that stirs the soul. You can’t help but feel a connection to the stories of the past, making it not just a great way to get the family out for some fun together, but a great way to celebrate history. And to top it all off, the evening concludes with a stunning Fireworks Display!”

For Flying Proms tickets, visit the event website at https://www.eventbrite.com/e/2022-flying-proms-symphonic-air-show-tickets-311354689257 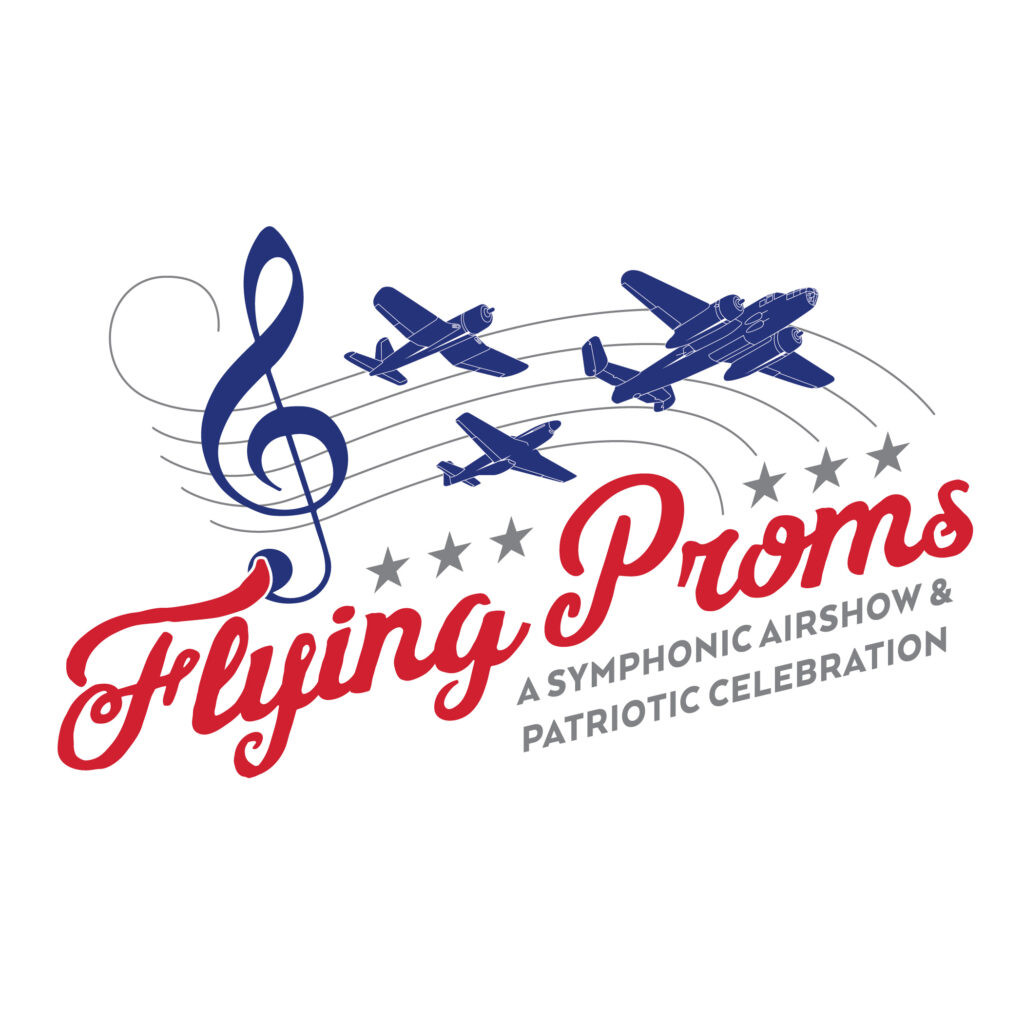 About the Military Aviation Museum

A 501 (c)(3) not-for-profit organization, the Military Aviation Museum is home to one of the world’s largest collections of airworthy military aircraft from the first 50-years of flight. Truly a living museum, its aircraft are in restoration at facilities around the world. Besides the main Museum, the Virginia Beach complex features additional exhibition spaces, including a mid-1930s Luftwaffe hangar, originally from Cottbus, Germany, which now serves to house the Museum’s collection of WWII-vintage German aircraft. Additional structures include the WWI Hangar, and the original control tower from RAF Goxhill built in England in 1942. Visit www.militaryaviationmuseum.org for more information or call 757-721-7767.