The most notorious POW camp was Hoa Lo Prison, known to Americans as the “Hanoi Hilton.” The name Hoa Lo refers to a potter’s kiln, but loosely translated it means “hell’s hole” or “fiery furnace.” Hoa Lo’s 20-foot walls, topped with barbed wire and broken glass, made escape nearly impossible. The filthy, infested prison compound contained several buildings, each given nicknames such as “Heartbreak Hotel,” “New Guy Village” and “Little Vegas” by POWs. The cells replicated in the museum’s exhibit represent the Hanoi Hilton experience. 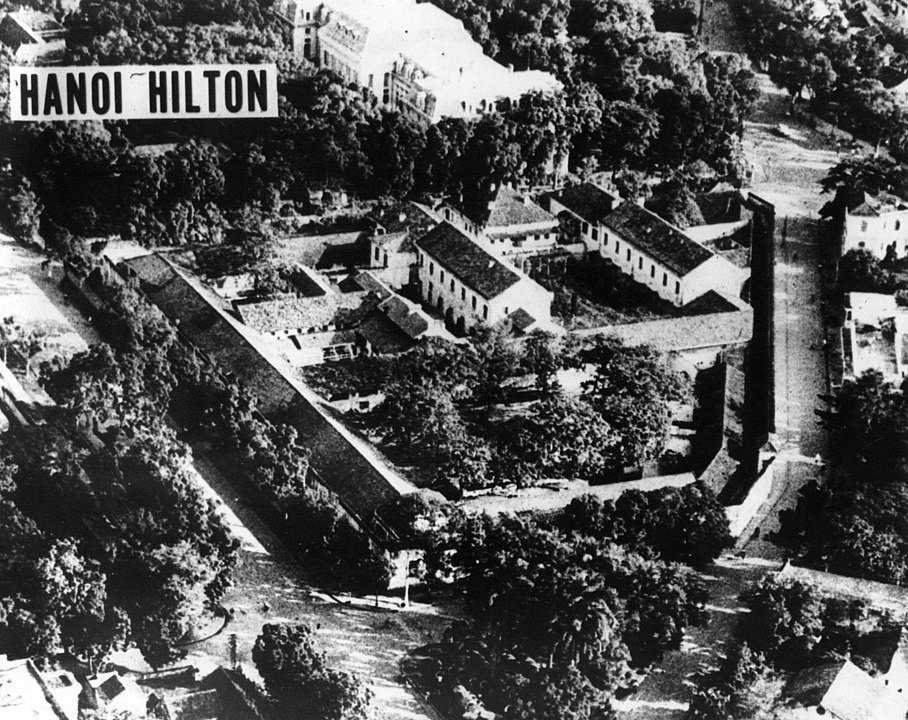 Construction of a Hanoi Hilton Exhibit at the American Heritage Museum in Hudson, Massachusetts has begun. The remains of the actual POW Camp called Prison Hoa Lò, also known as the Hanoi Hilton, were donated to the Vietnam War Flight Museum in Houston in August 2020. In hopes that a first-class interactive exhibit could be created, the artifacts were given on permanent loan to the American Heritage Museum. Museum leaders anticipate the exhibit to be finished in time for the 50th Anniversary of the return of the U.S. POWs from Vietnam.

As stated by the American Heritage Museum the process of transforming the raw materials recovered from the original Hanoi Hilton into a fully interpretive exhibit is a task shared by the American Heritage Museum and the BPI design team of Norwood, MA. BPI has been with the AHM since 2013 and is the primary designer of the museum interior and exhibits, immersive experiences like the World War I trench, and all multimedia presentations within the original American Heritage Museum. Together, we aim to employ the same cutting edge techniques and technologies found throughout the museum to develop an immersive experience for visitors within the Hanoi Hilton Exhibit.

The exhibit will be taking shape on the left side of the Vietnam War Gallery within the American Heritage Museum in the space behind the video wall presentation of the 9/11 and War in Iraq displays. Using the original materials from the prison, this space will be enclosed and transformed into an accurate representation of the prison – both visually and auditory.

Visitors will step through a recreation of the “Maison Centrale” prison doors and will work through the space in a counterclockwise fashion once inside. Starting with “The Air War”, visitors will understand the missions that were being launched deep into Vietnam and the incredible risk crews were subjected to by the ever-present threat of anti-aircraft artillery and surface-to-air missiles. Personal stories will recount the experience of being shot down, the slim odds of being rescued behind enemy lines, and the horrors of capture.

Next, using a recreation of the “Knobby Room” – the infamous interrogation room that was one of the most terrible memories for most POWs, visitors will learn what POWs endured in the first weeks after capture, including cruel torture that left physical and emotional scars to any who survived.

The American Heritage Museum plans to transform the remains of the Hanoi Hilton into a tribute to those who endured torture and isolation in the prison. This exhibit will be the only museum outside of Vietnam where visitors will be able to touch the actual walls, doors, and beds that POWs lived within during their years of imprisonment. Other museums have recreated examples of cells, but nowhere else will you find such a large reconstruction of original materials to tell the story of American prisoners of the Vietnam War.