Henry A. DuBay is a WWII combat veteran who served in Europe and the Mediterranean. When he earned his wings as a military pilot he could not have known that he would participate in some of the war’s most famous missions. On June 6, 1944, DuBay found himself and his crew, as well as their C-47, flying over the beaches of Normandy dropping paratroopers. Just several months later, DuBay and his C-47 would again be flying over Nazi-occupied territory, carrying a load of paratroopers – this time, to kick off Operation Market Garden, and the anticipated liberation of Holland.

In both operations, tens of thousands of Allied servicemen put their lives on the line. DuBay was one of the lucky ones, who would live to fly dozens more missions in combat, but others were not so lucky. When asked about the risks of flying in combat DuBay says, “I don’t look for thanks or recognition. There was a duty and I was glad to do it.“ 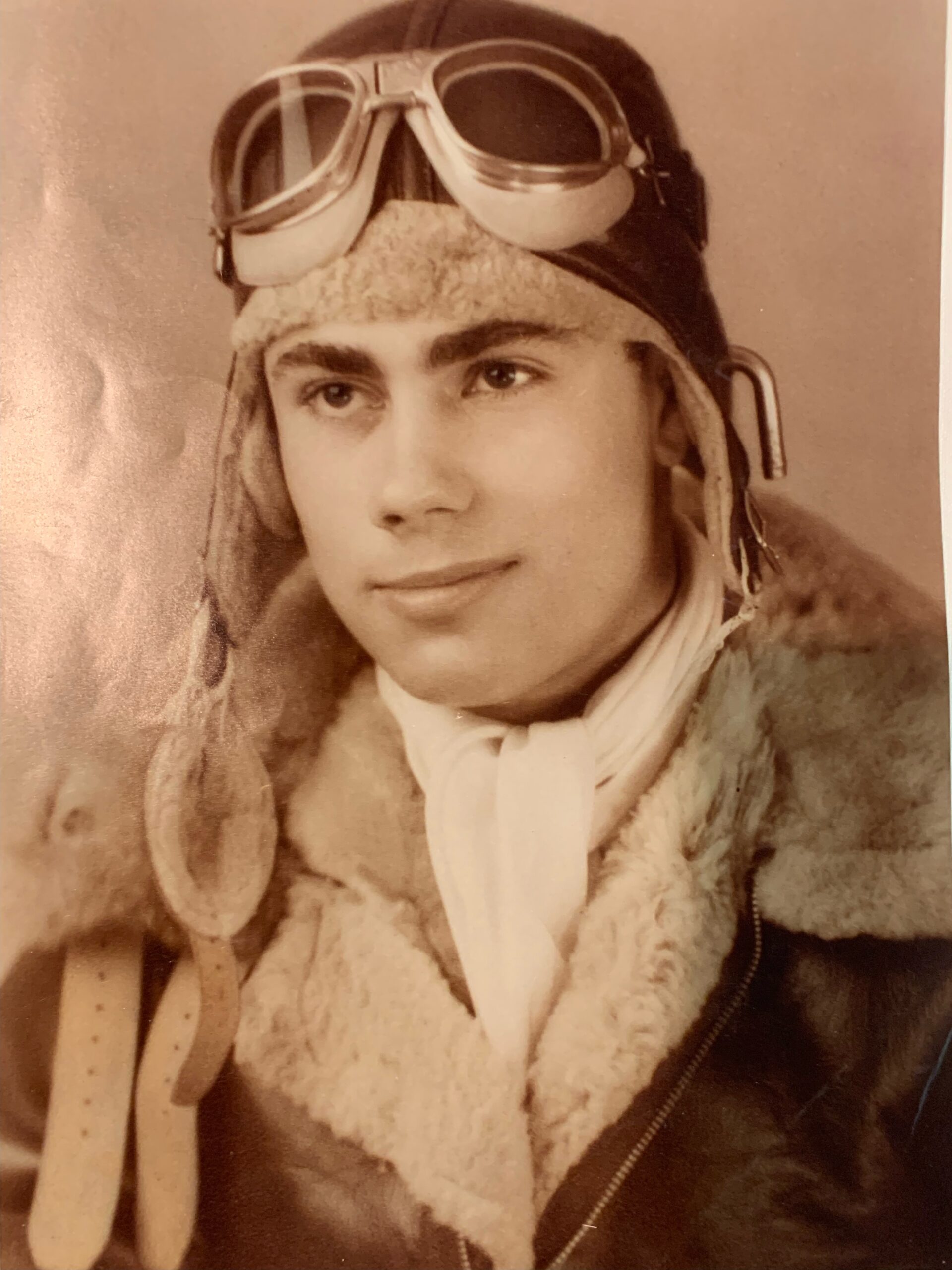 Now 99 years old, DuBay will be traveling to the Military Aviation Museum on Saturday (September 10, 2022, at 11 am) to be reunited with another combat veteran, the C-47 “That’s All, Brother,” the airplane that led the massive formation of transports that brought the paratroopers to begin the liberation of France. DuBay is eager to look over the historic aircraft and to share his stories with Museum visitors.

When asked about sharing his stories with the public, DuBay recalls, “When I was a kid, I remember my dad introducing me to Civil War veterans, so I hope some youngsters see this and say, ‘Hey I saw a WWII veteran’ 95 years from now.“

Born in 1923, DuBay grew up in upstate New York. He graduated from high school on the eve of WWII in 1941, and joined the Army with the hope of becoming a pilot. He had become an Eagle Scout at age 13, and was particularly interested in aviation, having earned the Aviation Merit Badge. In training to become a pilot when Pearl Harbor was attacked, DuBay would first see combat during the invasion of Sicily. In addition to dropping paratroopers on D-Day, DuBay would make several more trips over the beaches towing gliders and carrying supplies to the troops fighting below. During Operation Market Garden, DuBay would look on as aircraft were shot out of the sky in front of him while they carried paratroopers to Eindhoven and Nijmegen, but some of his most challenging flying would be during the German counter-attack that became known as The Battle of the Bulge. Supplies were so short at the frontlines that C-47s would land on farmers’ fields lit with truck headlights to bring in ammunition and fuel. Following the end of WWII, DuBay became an architect specializing in airport design and began a family. 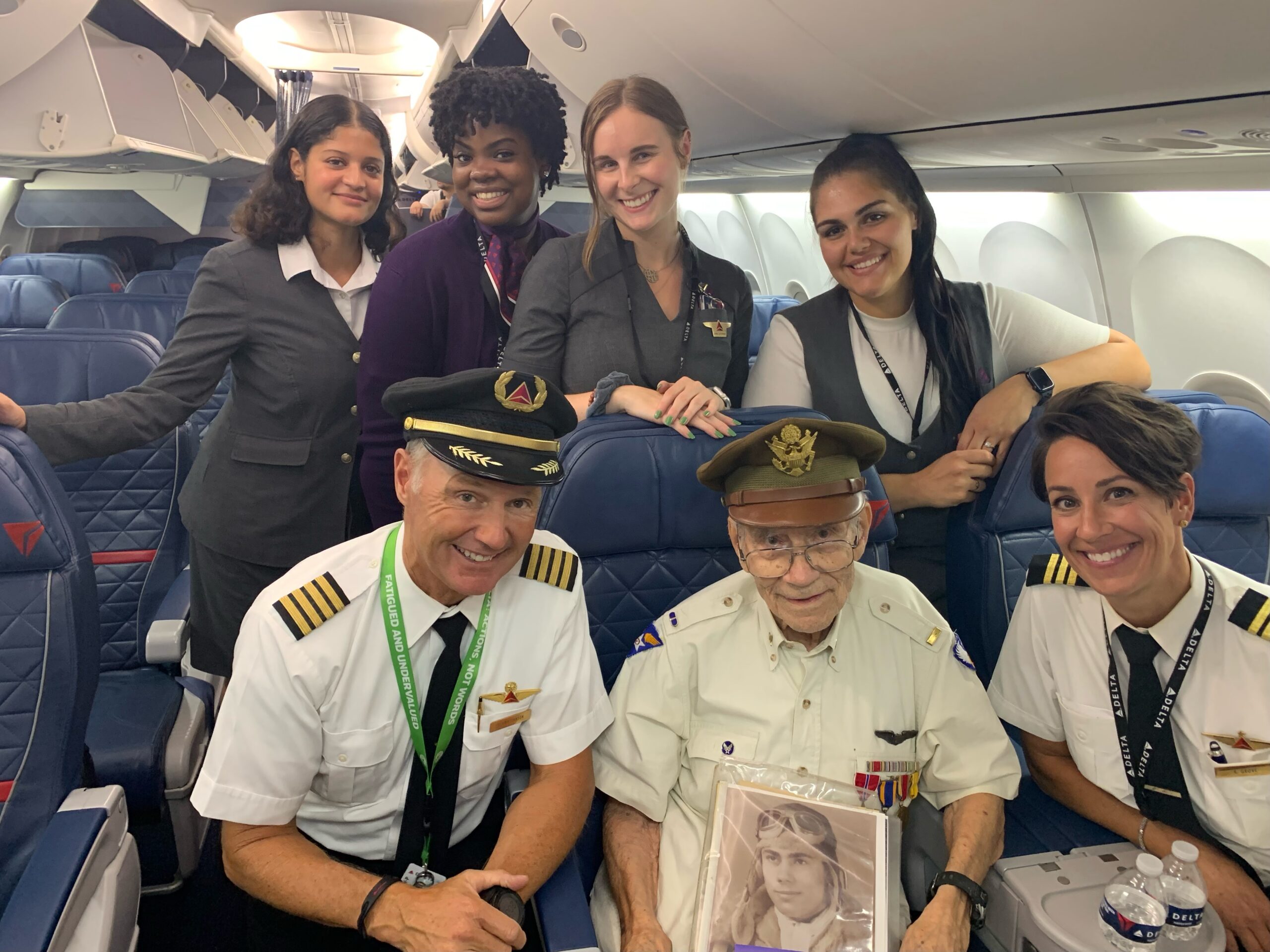 To book a ride on That’s All, Brother, the historic C-47, visit ci.ovationtix.com/36154/production/1135910. Rides may be purchased at the event if seats remain.  Ground tours are included in your museum admission.

About the Military Aviation Museum: A 501 (c)(3) not-for-profit organization, the Military Aviation Museum is home to one of the world’s largest collections of airworthy military aircraft from the first 50-years of flight. Truly a living museum, its aircraft are in restoration at facilities around the world. Besides the main Museum the Virginia Beach complex features additional exhibition spaces, including a mid-1930s Luftwaffe hangar, originally from Cottbus, Germany, which now serves to house the Museum’s collection of WWII-vintage German aircraft. Additional structures include the WWI Hangar, and the original control tower from RAF Goxhill built in England in 1942. Visit www.militaryaviationmuseum.org for more information or call 757-721-7767.