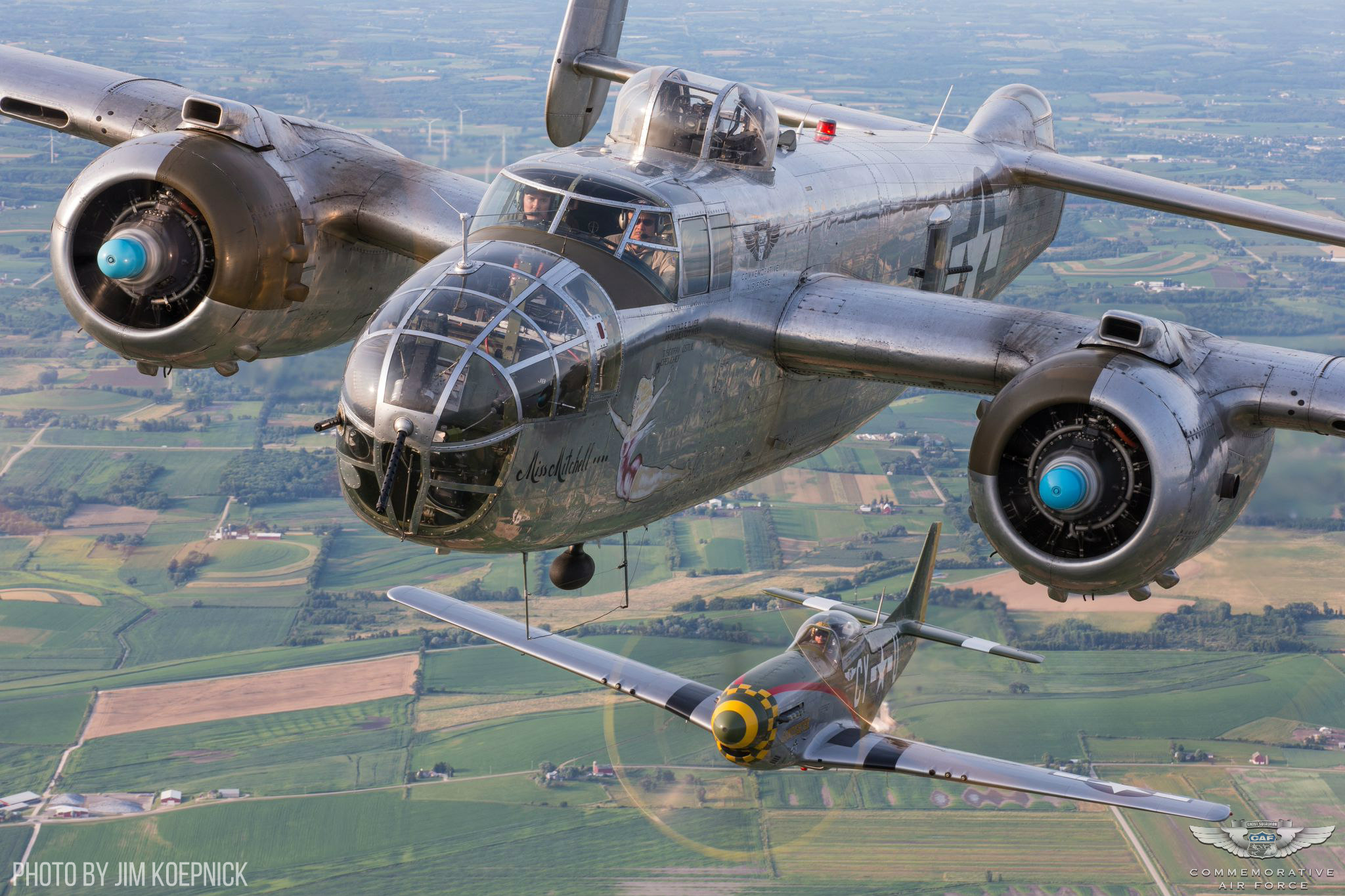 PRESS RELEASE –  America was losing the Second World War in the Pacific until an unprecedented one-way mission by Army bombers launched from a Navy aircraft carrier prompted an air-sea battle that changed the course of history. The Commemorative Air Force (CAF) Dixie Wing will mark the 75th Anniversaries of the Doolittle Raid and Battle of Midway throughout the 14th Annual “WWII Heritage Days”, April 22-23, 2017 at Atlanta Regional Airport-Falcon Field, Peachtree City, Ga.

“The Doolittle Raid was one of the pivotal missions of the Second World War,” said CAF Dixie Wing leader Jay Bess. “It lifted American morale after the devastating attack on Pearl Harbor by Japan and also set the stage for the Battle of Midway.” The Doolittle Raid, inspired by President Franklin D. Roosevelt, involved bombing Japan with 16 Army B-25 Mitchell twin-engine bombers launched from the USS Hornet in April 1942. The raid caused little damage, but a Japanese counterattack on Midway Island ended in a decisive American victory June 5-6 of the same year.To help commemorate these historic events, organizers will bring together World War II veterans, award-winning authors and historic aircraft.  “Miss Mitchell”, a restored B-25 Mitchell and the type used in the Doolittle Raid, will fly into Peachtree City for the weekend. Joining “Miss Mitchell” will be a pair of Battle of Midway and naval aviation icons: a F4F Wildcat fighter and the CAF Dixie Wing’s own SBD Dauntless dive-bomber.

Beginning as a one-day program in 2003, WWII Heritage Days has emerged as the largest annual World War II and 1940s theme event in Georgia. It is a can’t-miss experience for anyone who enjoys nostalgia, big band music, swing dancing, historic aircraft and military vehicles, antique cars and vintage fashion.  The program includes education activities and living history demonstrations for all ages.

Of the 16 million men and women who served in United States Armed Forces during World War II, the Veterans Administration estimates less than 850,000 are alive today. “The mission of the Commemorative Air Force is preservation and education,” said Bess. “Our goal is to preserve World War II aircraft and the stories of the men and women who built, maintained and flew them.  WWII Heritage Days is a living history classroom.”