To call a female pilot a “flying witch” in 2017 could bring condemnation, censorship, and protesters trampling down the weeds in my front yard. So, stick with me on this: The flying “Night Witches” of World War II gained the nickname from an adversary, out of respect for their bravery and lethal sneak attacks. Moral of the story: never sell a female pilot short.

The conduit to “flying witches” most likely began with Katherine Wright, sister of the Wright brothers. Katherine not only flew with her brothers but contributed as much vigor and knowledge to the first flight at Kitty Hawk as did her famous brothers.

Harriet Quimby was the first woman in America to become a licensed pilot. Nice start, but it would take the U.S. military 65 years to accept female pilots, plus another 17 years before the ladies were allowed to saddle up in combat aircraft. Chopper pilot Major Marie Rossi was the first American female pilot to lose her life in a combat role on March 1, 1991 near her home base in northern Saudi Arabia. She was 32 years old.

Ranked as the top female Air Force pilot in the 1990s, Lt. Col. Martha McSally was the first woman to fly a fighter aircraft on combat sorties. She also flew over 100 combat hours in an A-10 Warthog over Iraq in the mid-90s. The Air Force Thunderbirds performance team recruited Major Nicole Malachowski as their first female demonstration pilot in 2006.

But the wickedest flying witches? While seemingly an inappropriate way to describe female aviators, the German soldiers fighting on the Eastern Front during WWII would disagree with any criticism of their chauvinistic characterization. They respected yet dreaded the “Night Witches” of the Russian Air Force, the most publicized of three units being the 588th Night Bomber Regiment.

The ladies of the 588th flew the antiquated Polikarpov PO-2 biplanes, a slow noisy aircraft developed in the 1920s. No match in aerial combat against German Messerschmitt Bf-109s or Focke-Wulf Fw-190s, PO-2s were constructed of fabric pulled over a plywood frame. They had no radio, no parachute, no guns, navigated by a stopwatch and map, and could only carry two small bombs.

So the ladies adapted. They flew only at night and at tree top level in formations of three to avoid German ground defenses. So noisy was a PO-2 that the women aviators would cut their engines as they neared the target, glide in, drop their bombs, restart their engines then head for home. With engines cut and gliding upon their target, the passing PO-2s made a swishing sound the Germans described as “like a witch’s broomstick in the night,” thus the term “Nachthexen,” German for Night Witches.

Born and raised in the Donetsk coal mining area of Ukraine, Nadezhda Popova was one of the most highly-decorated and highly-publicized of the 588th aviators. She had the childhood dreams of young girls, acting and dancing and music. Then one day everything changed. She caught the aviation bug after a small plane landed near her village then signed up for glider school without her parent’s permission. At the age of 16 she made her first parachute jump and first solo flight. By her 18th year on earth, Nadezhda was a flight instructor.

During the German invasion of Russia her town was taken over by the Wehrmacht, her home converted into a feared Gestapo Police Station. He brother lost his life at the front and she saw civilians being gunned down by strafing German planes. Nadezhda, decided to go to war.

Rumored to have been the first female volunteer in the newly formed all-women air groups, Nadezhda described the combat in many foreign and Russian interviews. Paraphrasing a few: “Our planes were tossed around in strong winds. During winter you’d get frostbite looking out to spot your target, our feet would freeze in our boots, but we carried on. You focused on the target, guessing how you could get hit, and no time for emotions. If you gave in to the elements you were shot down and burned alive. We weren’t given parachutes.” After returning from one mission, her all-female ground crew counted over 40 bullet holes in Nadezhda’s flimsy aircraft.

Nadezhda described being caught in German searchlights after a deadly and challenging mission: “I was attempting to maneuver away from the searchlights when I saw them switch to another plane. German fighters came in and shot her down. That was only the first one. I saw a second plane go down, then a third ignite and fall to earth like a blazing torch. We lost a total of four planes that night, eight girls burned alive. It was a nightmare, my dear friends, we had slept in bunks together.” Female pilots of the 588th ranged from 17 to 26 years old. Many died without having their first kiss from a young man. Others who survived missions used their navigation pencils as lip liners in hopes of receiving that first kiss.

Shot down on several missions, forced to land on others, Nadezhda was never seriously injured. In July of 1942, she was shot down and crashed in the North Caucasus. Uninjured, she eventually found and hooked up with a retreating Russian infantry unit. She met another downed pilot, slightly wounded but witty, a male named Semyon Kharlamov. They hit it off immediately and arranged to meet again several times during the war. Both became ‘Heroes of the Soviet Union’ in the same decree by Stalin. They reached Berlin together and carved both their names into the walls of the Reichstag then married after the war. Nadezhda and Semyon remained together until Semyon’s death in 1990. Their only son, as of this writing, is a general in the Belarussian Air Force.

The Night Witches’ tactics so aggravated the German High Command that a promise was issued to award the coveted Iron Cross to German fighter pilots fortunate enough to shoot down a Night Witch. A David vs Goliath syndrome was not a factor. The top air speed of a PO-2 was 110 mph, the same stall speed of German fighters; meaning to line up for a shoot down, the German fighters could lose power then crash and burn. Another factor was altitude. The Night Witches flew so low that the German fighters could plow the earth if unable to pull up in time. The old biplanes were highly maneuverable and not burdened by the weight of powerful engines. In an odd twist of fate, the PO-2s’ vulnerabilities proved to be useful assets.

Nadezhda obtained the rank of lt. colonel, returned to flight instructor duties after the war, and is remembered as one of the best pilots who flew into combat for the 588th all-female aviation group. She was also one of the luckiest: Nadezhda completed 852 combat sorties, including 18 in one night. She was not alone. A 588th lady pilot Rufina Gasheva flew 848 night missions, and Natalva Meklin flew an incredible 980 night missions. Both survived the war.

As with all young warriors, war generates memories, and Nadezhda was no exception. In a 2010 interview, she stated the following:

“I sometimes stare into a darkness and close my eyes. I can still imagine myself as a young girl, up there in my little bomber, and I say to myself, Nadia, how did you do it?” 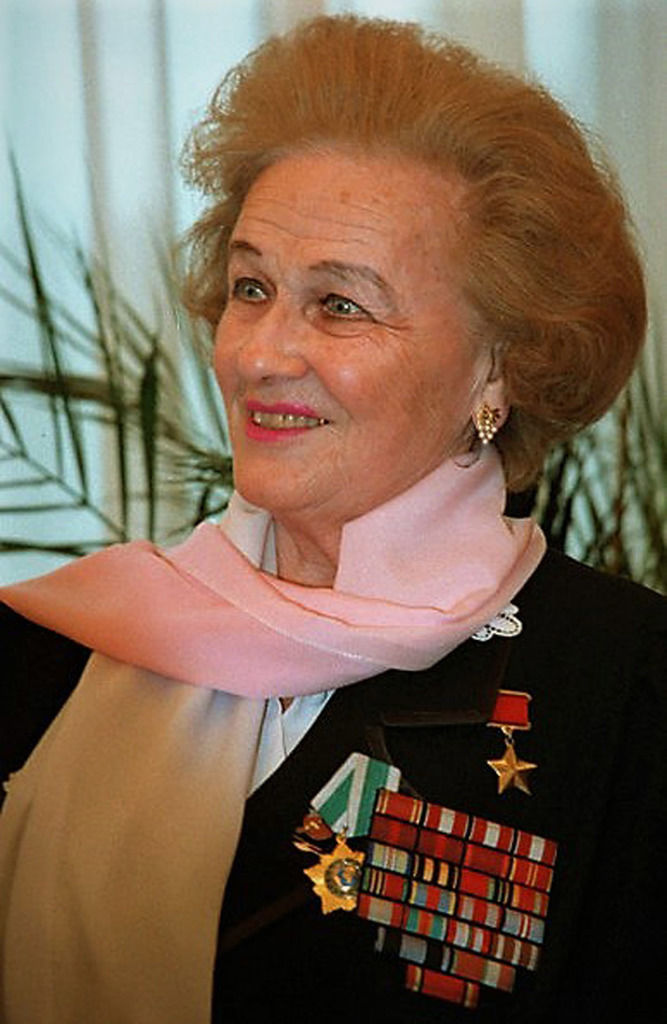 Of approximately 314,000 United States Air Force personnel, 61,000 are female. Women are breaking barriers and filling positions traditionally reserved for only men. They have earned the opportunity, yet on the ground, in hand-to-hand combat, the jury is still out. Women have the true grit, they can acquire the training, but pluck and preparation do not equate to brute force. Perhaps the key word is “brute,” and hand-to-hand combat is brutal. It requires brute strength, so possibly close quarters fighting should be left to the brutes, pun intended.