The Frontiers of Flight Museum, the Texas Eagles for Aviation and Claude R. Platte DFW Chapter of the Tuskegee Airmen have partnered to bring a special Black History celebration to the North Texas community. The two day celebration will run Friday, February 22nd and Saturday, February 23rd at the Frontiers Flight Museum. The events will include educational activities for more than 300 area middle school students, a presentation on the “State of Aviation” featuring a panel of distinguished African-American aviators, historians and aviation administrators. This event is open to the general public with paid admission to the museum.

This year’s Black History Month Celebration at the Frontiers of Flight Museum will have as guests pioneers, modern aviators and space age pilots.  Many special guests and presenters include documented Tuskegee Airmen,  and a pilot trained by Chief Alfred Anderson, widely considered to be the Father of Black Aviation.

The term “Tuskegee Airmen” refers to all who were involved in the Army Air Corps program to train African-Americans to fly and maintain combat aircraft. The Tuskegee Airmen included pilots, navigators, bombardiers, maintenance and support staff, instructors, and all the personnel who kept the planes in the air.

The Frontiers of Flight Museum, a Smithsonian Institution Affiliate, is a gem of  North Texas that attracts over 100,000 visitors annually including 30,000 students. The Museum is a learning laboratory using aviation and space flight to encourage and promote student excellence in science, technology, engineering and math (STEM).  Educational classes for all ages are offered throughout the year, designed to excite the imagination in STEM through spacecraft design, aerodynamics, model-building, space science, and other disciplines. 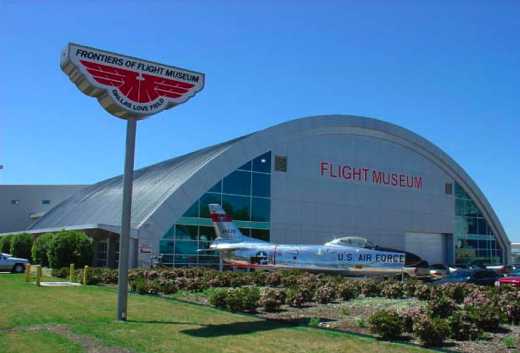