The marvelous Wilson “Connie” Edwards has been in the news a fair bit of late following the announcement of him placing his unique collection of a half dozen Hispano Buchon fighters on the market. With the apparent sale of these aircraft, plus Edwards’ Spitfire and Mustang, WarbirdsNews thought our readers might enjoy reading this piece by Brian Matthews concerning an encounter he had with Edwards some years back. We have added many fascinating photographs taken by a friend of the Edwards family in 2010 and 2012. The article makes for an interesting look at the charismatic Texan aviator, and we hope you agree.

Brian Matthews takes it on from here… 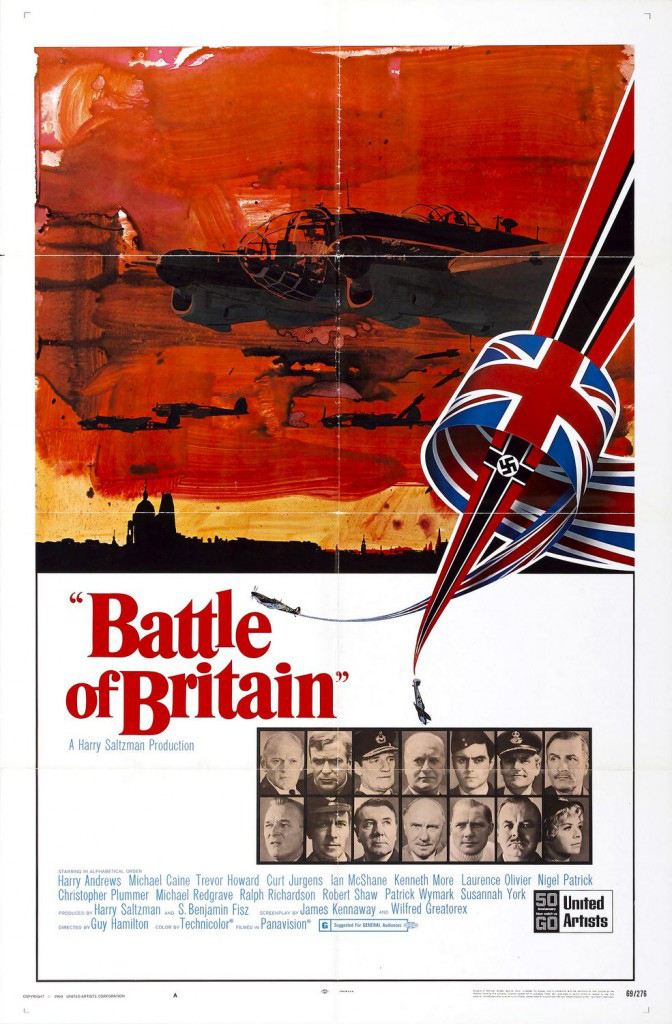 I can well recall the great excitement I felt when, back in 1969, my mother took my brother & I into Winchester’s Theatre Royal during our long summer holidays to watch the new Guy Hamilton-directed movie: ‘The Battle of Britain’.

It was my first real experience of a major World War Two motion picture up on the ‘big screen’… and, oh boy, what an action-packed film it was, (still is in fact), and it really was the talk of my school and amongst all of my other pals that had similarly also seen the movie during their holidays!

Once back at school after the break, as well as talking about the movie we’d all seen and thoroughly enjoyed during the summer, there was then the added excitement of the swaps & trades of the associated chewing gum ‘cigarette cards’ doing the rounds that were issued to co-incide with the movie’s release. Based on the myriad official press stills from the movies, I remember that my young pals and I soon had our fill of the revolting, bland gum contained within the packs that new school term as we laboured hard to collect all of the fantastic cards in the series..!

At the time I had absolutely no inkling whatsoever that I would, a lifetime later, actually be standing in a huge aircraft hanger over in deepest Texas clambering over & around the actual Messerschmitt Bf-109s and lead Spitfire from the movie and interviewing the chief stunt pilot in charge of all the American ‘crop dusters’ who flew the vintage fighters in the movie!

One of the reasons for my Texan trip all those years later was to interview an ME-109 pilot, however unfortunately the fighter that was due to be at the Confederate Air Force’s annual weekend show at its air-base at Midland-Odessa had been forced to ditch somewhere in the desert en route to the show. Mercifully, though the pilot was OK, the plane wasn’t, thus leaving me casting my eyes around for another opportunity, if that were at all possible.

Then somebody asked me if I knew of Connie Edwards…”Connie who?” I asked in dreadful ignorance…to be told that not only had Wilson ‘Connie’ Edwards’ been the lead stunt pilot on The Battle of Britain, but he also owned about a dozen or so of the movie’s Spanish-built ME-109s… and he lived just a 50 mile drive from Midland…

Connie’s number was found, and I made a tentative call that was answered by a bluff voice that immediately mellowed when he heard my English voice. Apparently Connie was not in the habit of giving media interviews but as an ‘Anglophile’ said he’d would love to meet me if I would to come out to his ranch. So the following day, hire-car booked, I found myself on the highway driving out to Big Spring looking for his ranch, not realising that it was nearly half the size of Texas..!

I still remember the look on the faces of the construction workers on the side of a very hot & dusty road in the middle of nowhere when I stopped, wound down the car window and politely asked, (in something of an ‘Oxford-English’ accent), if they would kindly point me in the direction of Connie’s ranch..!

Once found, I began the long drive from the highway over hill & dale all through huge cotton fields to a long air-strip with massive hangers and, parking up, I walked over to the nearest and opening a small door, stepped in out of the blistering heat to see a huge Catalina flying boat and the backsides of two men in overalls bending over tinkering with some engine part on the floor.

“Mr Edwards?” I called out and up popped Connie, typical farmer’s oily dungarees, a grimy baseball hat to the back of his head and a grin from ear to ear…”Welcome boy…c’mon in and have a beer’..the warm Texan greeting I was beginning to get used to in this wonderful part of America. After our initial chat and introductions he invited me to jump into his old pick-up truck outside and, (accompanied by the most ferocious looking ‘attack dog’ I had ever seen that alarmingly jumped in behind me and stuck its head between the two front seats and slavered alarmingly near my right ear), we shot across the tarmac strip to another equally large hanger.

Here again stepping inside out of the searing noon-day heat, as my eyes slowly accustomed to the gloom I was met by the most incredible sight… a’ multiple plane crash’ with parts of ME-109s all over the shop, wings here, fuselages there, tails hanging from the roof… what on earth had just happened..?

Seeing my confusion, Connie quietly explained that for the movie in ’69, the production company had spent years scouring the world looking for the required ME-109s, few if any remaining in Germany. However the Spanish had been a customer of Messerschmitt during their Civil War and had acquired a number of the latest ME-109s in the late 30s, including a rare 2-seat trainer used, post-war WW-II, by a Spanish Air Force Colonel, and these had continued to fly into the 1950s and early 1960s.

Producer Harry Saltzman had managed to buy all of the ME-109s, (plus several still-flying Heinkel-111s), from the Spanish Government and these, with Rolls Royce replacement engines fitted, were the planes used in the aerial action scenes.

Connie was tasked with gathering together a ‘squadron of bush pilots’ to come over to Europe and fly most of the aircraft, including the Spitfires that we now see on screen… in fact Connie took the lead Spitfire role and so it was even more of a school-boy dream when we wandered into the next hanger to see the actual Spitfire standing there, albeit covered in dust & grime, before my eyes… but as I was still reeling from seeing so many of the movie aircraft from my youth standing here in various states of disrepair, my first questions to Connie had to be: “why and how..?”

Apparently, according to Connie, the finished movie that we now regularly see on TV was not quite the film that was due to be eventually shown as much of the air sequences ended up on the cutting-room floor and indeed as the film company was running short of money, a number of short-cuts were taken. So when it came to being paid off, such was the shortage of money that Connie, (so obviously a fabulously wealthy oil-billionaire), simply said ‘fine, I’ll take the aircraft as IOUs’… and he actually had all of the ME-109s plus the two lead Spitfires subsequently crated up and shipped back home to Texas in lieu of his movie payment!!!

Unbelievably, in a third hanger I saw through the further gloom a pair of sleek, but completely dust-covered, piston-engined fighter aircraft in an unusual gray & green camouflage: and when I looked closer my eyes nearly popped out of my head as I realised I was actually looking at 2 World War Two-era USAAF P.51 Mustangs..!

Again Connie saw my querying expression and answered, “yep, two original Mustangs: I flew them in the Nicaraguan Civil War and they couldn’t pay me either… so I had these two beauties shipped home as well!”

I have to say in all of my working life I have never met such a character as Connie, he was truly a Texan one-off and my time with him and his WW-II aircraft was just out of this world… but the strangest thing was yet to come. I was already being to realise that I was in the company of both a kindly man and a true eccentric and bordering on eccentric myself I certainly recognise the signs. However having taken me on a tour of the ranch and then walked me out, chest-high, into the middle of a cotton field (and when I enquired what the rattling noise near my feet was, told. “Oh that’s just a rattle-snake!” Jeez, I never realised I could move so fast!!), he calmly asked me if I’d like to take a look at the ’house’ he was building?

By now I was ready for anything, or so I thought, and after another drive we crested a hill and there before me… was a half-built Camelot! Connie had become so enamoured of our history during his time in the UK that on his return to Texas he set about building himself a true English castle – even down to building himself a ‘castle brick-making machine’..!

A guided-tour of this castle, (including a visit to his office to see photos on every wall of him in the cockpit of almost every fighter aircraft you could imagine), eventually led me to a huge oak wooden door through which was Camelot HQ, a huge hall with minstrel galleries & shields & lances on every wall, a massive banqueting table and even an entrance down on the rock floor through which you could swim from his outside pool, dive under the outer wall and come up in the main baronial hall..!

By this time I was beginning to wonder if the heat was getting to me as I continued to wander in stunned fashion after Connie around his castle… seeing all those original WW-II fighter aircraft in his hangar was one thing, but this was another.

However there was one final joke to come from this jovial ‘Anglophile’:.. leading me down an old, dark passage-way in the stygian gloom, we came up against another a massive old door.. “go on son, open it up…” Connie grinned, as he stepped back to let me through…

Gripping the huge wrought iron handle I opened the door and pushed the heavy weight inwards accompanied by a real ‘Hammer House of Horror’ squeal of rusty hinges… to be faced with a mass of cobwebs, and pushing through the dust & muck I realised I was in an ‘old’ wine cellar. Connie came past me and reached for a bottle and pulling it down off the dusty rack, blew away the cobwebs to proudly show me the bottle label… with last months’ date on!

Connie had only gone and built himself a cobweb-making machine as well… and there I was thinking it was only we Brits that were so wonderfully eccentric..!

As a special treat, we also thought that you might like to see a terrific video on Connie Edwards recently put together by talented photographer/videographer Mike Fizer explaining why Edwards has decided to sell his collection of WWII fighters. Be sure to look for the additional still photos below the video as well!