This morning an aerial tribute commemorating the 75th anniversary of the end of World War II will take place over the National Mall and Potomac River. Organized by the Arsenal of Democracy Flyover, the aerial tribute will include over 65 WWII era airplanes flying in historical sequence formations representing the significant battles of WWII and ending with the missing man formation. 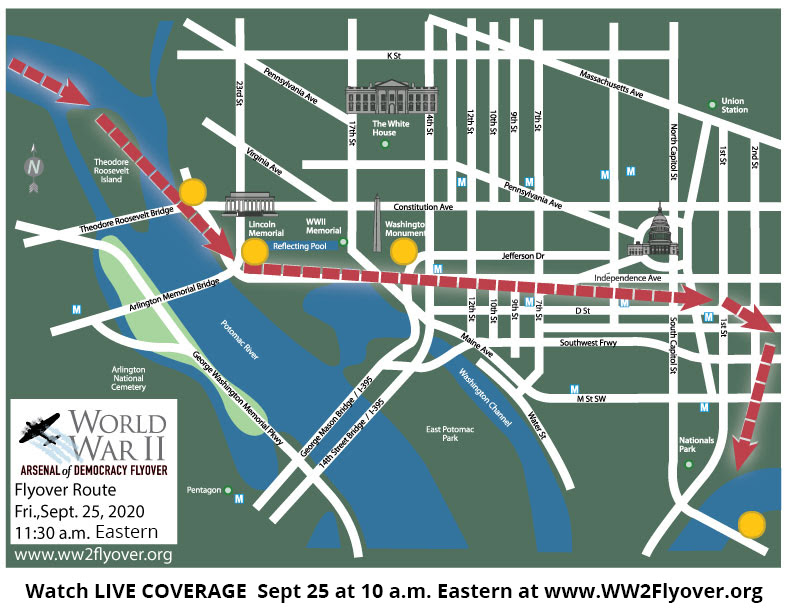 The aerial tribute will also be live streamed on the Arsenal of Democracy Flyover website (ww2flyover.org) and Facebook page (facebook.com/ww2flyover). The live stream will include special programming, including interviews with veterans and heroes, starting at 10:00 AM ET.