PRESS RELEASE – The weekend event at Hooks Airport will be led by Texas Raiders – the famed B-17 Flying Fortress. Of the 12,731 B-17’s built across the US, only nine are currently flying— and Texas Raiders bristles with authentic machine guns and period-specific equipment. She will be joined by the twin-engine B-25 Mitchell bomber Devil Dog, the T-6 Texan Ace in the Hole, the PT-19 trainer and a Navy N3N bi-plane Yellow Peril. All five aircraft are notable for their historic importance and level of restoration.  The B-25 Mitchell bomber is a rare example of a Navy PBJ, painted in Marine Corps blue, and the airmen who flew aircraft like her almost universally trained in the T-6 Texan advanced trainer who accompanies her at this event.

Tours of all five aircraft will be available to the public as will the unique opportunity to fly in the bombers and trainers.  Beginning each day at 10:00 AM on Saturday October 1st and Sunday October 2nd, the public can visit the aircraft and can, for a nominal admission fee, take a tour onboard that includes crew member commentary. WWII veterans and active duty service men and women with their military IDs may tour for free.  Attendees who want the ultimate Living History Flight Experience can make a reservation now for one of the limited number of flights on the aircraft lasting approximately 25 minutes each. 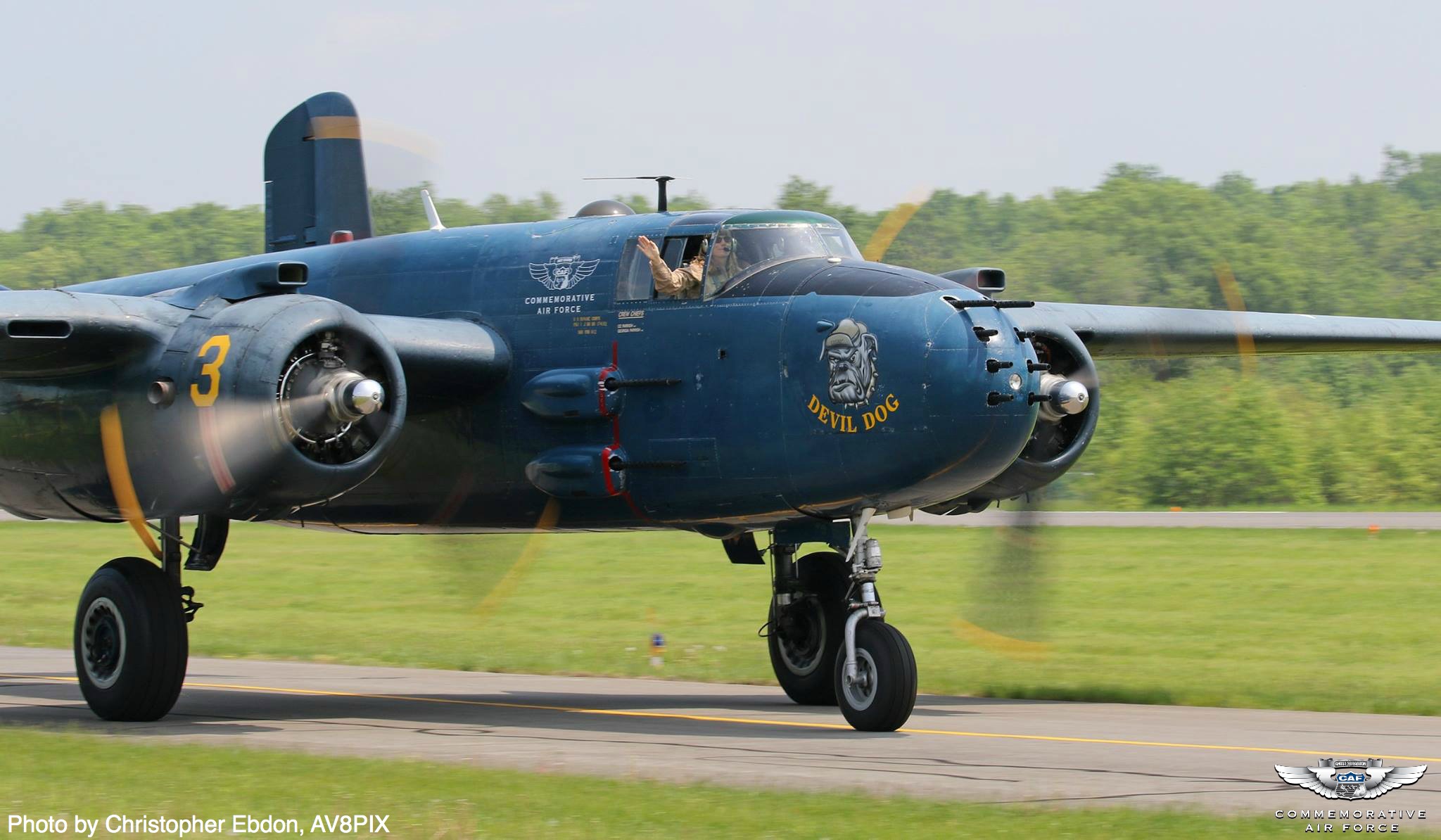 The public is invited to come out to Gill Aviation, 20803 Stuebner Airline Rd, Tomball, TX 77379 to tour all the aircraft and talk with their crews.  Admission is $10 for adults, $5 for children under 12 or $20 for a family of up to five members. Flights aboard the trainers begin at $225; flights in the bombers start at $450. For flight reservations go to www.B17TexasRaiders.org or call 855-FLY-A-B17.

The Commemorative Air Force honors the men and women who built, maintained, and flew in these airplanes during World War II. The CAF believes that is best accomplished by maintaining the airplanes in flying condition; taking the airplanes to the people and allowing them to experience the sights and sounds of the aircraft in flight.

Collecting, restoring and flying vintage historical aircraft for more than half a century, the Commemorative Air Force ranks as one of the largest private air forces in the world. The CAF is dedicated to honoring American Military Aviation through flight, exhibition and remembrance. A non-profit educational association, the CAF has more than 13,000 members and a fleet of 165 airplanes distributed throughout the country to 76 CAF units for their care and operation. For more information, visit www.commemorativeairforce.org.