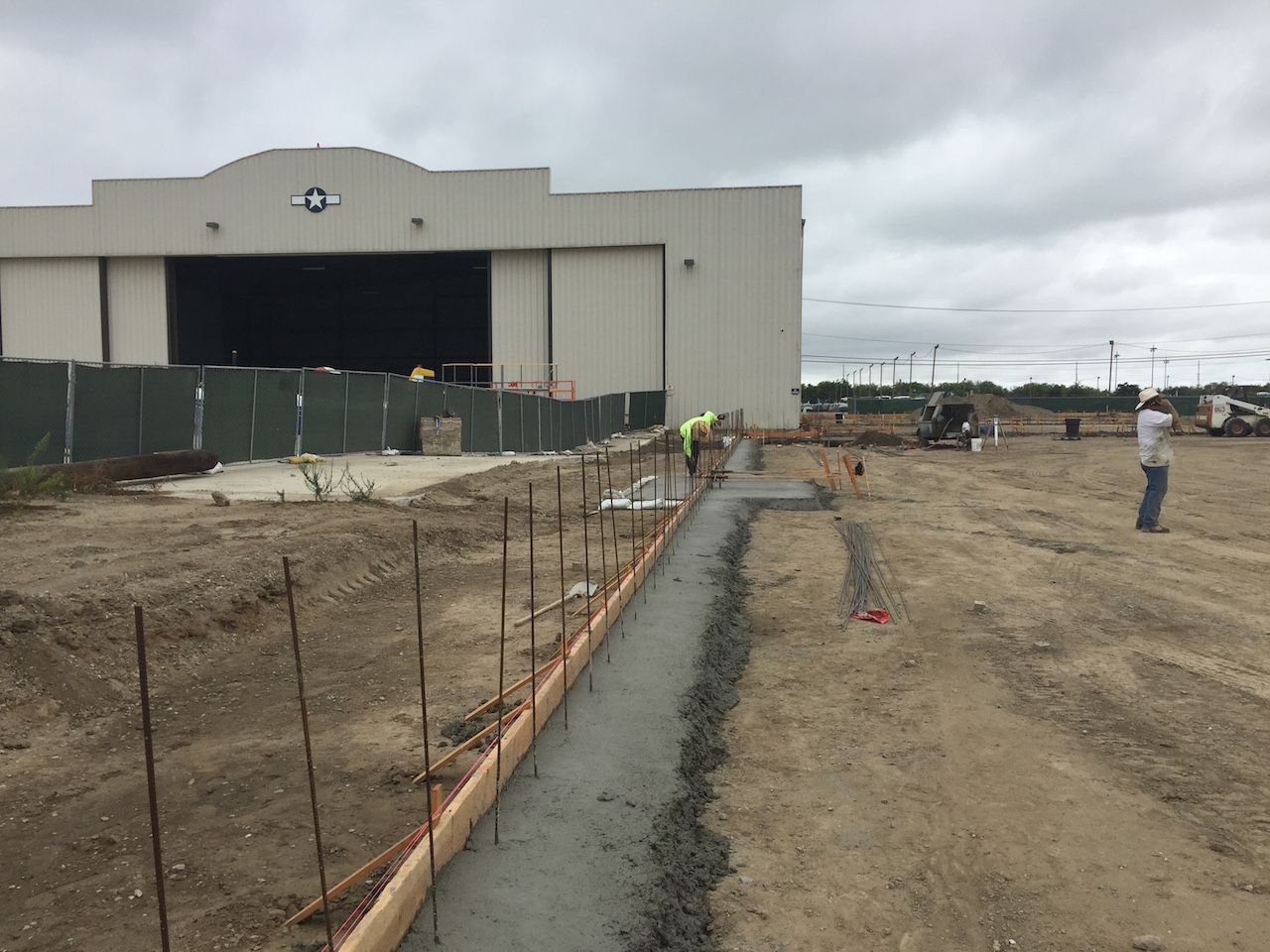 PRESS RELEASE – Construction is underway on a new, 32,800 sq. ft. hangar complex, part of a multimillion dollar plan by the Commemorative Air Force Wing to develop a modern WWII aviation museum that will attract more U.S. and world visitors to Ventura County wanting to see its historical archives and flying fighter, bomber, training, and other aircraft on display.The Wing has run out of space in the current CAF complex, built 14 years ago, consisting of  a maintenance/restoration hangar, and adjoining museum/and event hangar.Concrete has been poured around the exterior perimeter of the new hangar building including the big foundation pads where the main steel beam framework will be bolted into place. Once all the foundation cement and flooring is poured and cures, then attaching the steel sections begins.

All the steel support beams, the roof and all the sidings are at the CAF construction site waiting to be erected into their position. They were delivered in mid-July on trucks from Visalia and Texas. The new hangar was engineered, manufactured and specifically designed by Butler Buildings to fit adjacent to the present Western side of the CAF property.All the construction permitting and processes needed were approved by the Ventura County Department of Airports, the County Board of Supervisors, the City of Camarillo and other county, state, and federal agencies before grading the property began. 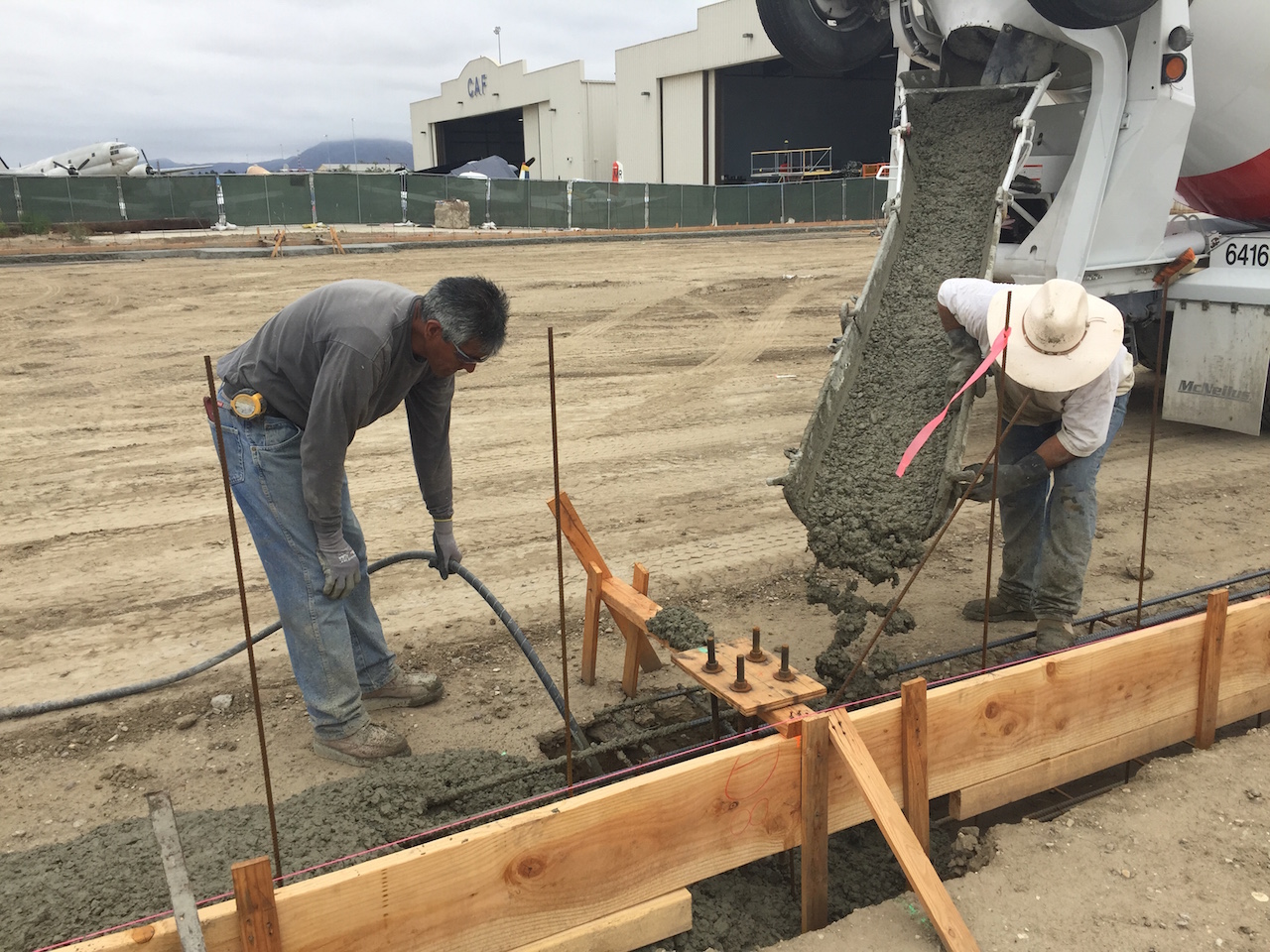 One key element of the expansion plan is a CAF wing 30-year leasing agreement with the Department of Airports. It insures the aviation museum complex will remain at Camarillo Airport for years to come.
Final signatures on that new land agreement occurred in January, at the Wing when CAF National President Stephan C. Brown, flew in from Dallas, to join SoCal Wing Leader Ron Missildine, Executive Officer Stephen Barber, Sr., and Director of Airports Todd McNamee and his team.The agreement also involves a lease-land swap with Camarillo Chapter 723 of the Experimental Aircraft Association. It wanted to give up its land, old office building and hangars next door to the CAF. In the exchange, the E.A.A. gets new offices, a new hangar and is leasing facilities in the new CAF Complex. The old E.A.A. buildings were torn down and foundations removed.“It was a win-win situation for the two non-profit aviation groups, the county and city,” said CAF SoCal Wing Executive Officer Stephen Barber, Sr.