The American Volunteer Group (AVG), known as the “Flying Tigers,” successfully battled the Japanese in the sky under the command of Gen. Claire Chenault before the United States entered World War II. The Commemorative Air Force (CAF) Dixie Wing Warbird Museum will feature the story of the Flying Tigers in the next Living Aviation History Day series at 11 a.m. March 18, 2017, at the Museum headquarters, 1200 Echo Court, Peachtree City, Ga. Admission is $10; active duty military members are admitted free.  A special attraction, the CAF P-40 Warhawk, is scheduled be on display as part of a planned visit to the Dixie Wing Warbird Museum.

Authors Susan Clotfelter Jimison and Billy McDonald will narrate the Flying Tigers story based on their research and books they have written about this pioneering group of combat aviators who went to China determined to fight the Japanese. Jimison authored “Through the Eyes of a Tiger: The John Donovan Story”, about one member of the original Flying Tigers, John Donovan, in his own words through his letters.

McDonald wrote “The Shadow Tiger: Billy McDonald, Wingman to Chennault.” McDonald had an adventurous and dangerous career as a pilot in the Golden Age of Flight, and into WWII. He jumped from military cadet to wingman in Chennault’s famed aerobatic flying group, Three Men on a Flying Trapeze. In China, he moved from instructor for the Chinese Air Force to combat pilot flying Chennault’s legendary Hawk 75 Special against the Japanese.

“Our first 2017 Living Aviation History Day program was popular in February,” said Dixie Wing Leader Jay Bess. ‘We are grateful that so many of our members and other aviation experts are willing to share their experiences and knowledge about WWII and beyond. Also, the public is invited to visit our museum and hangar on Tuesdays, Thursdays and Saturdays from 9 a.m. to 4 p.m., or by special appointment.” 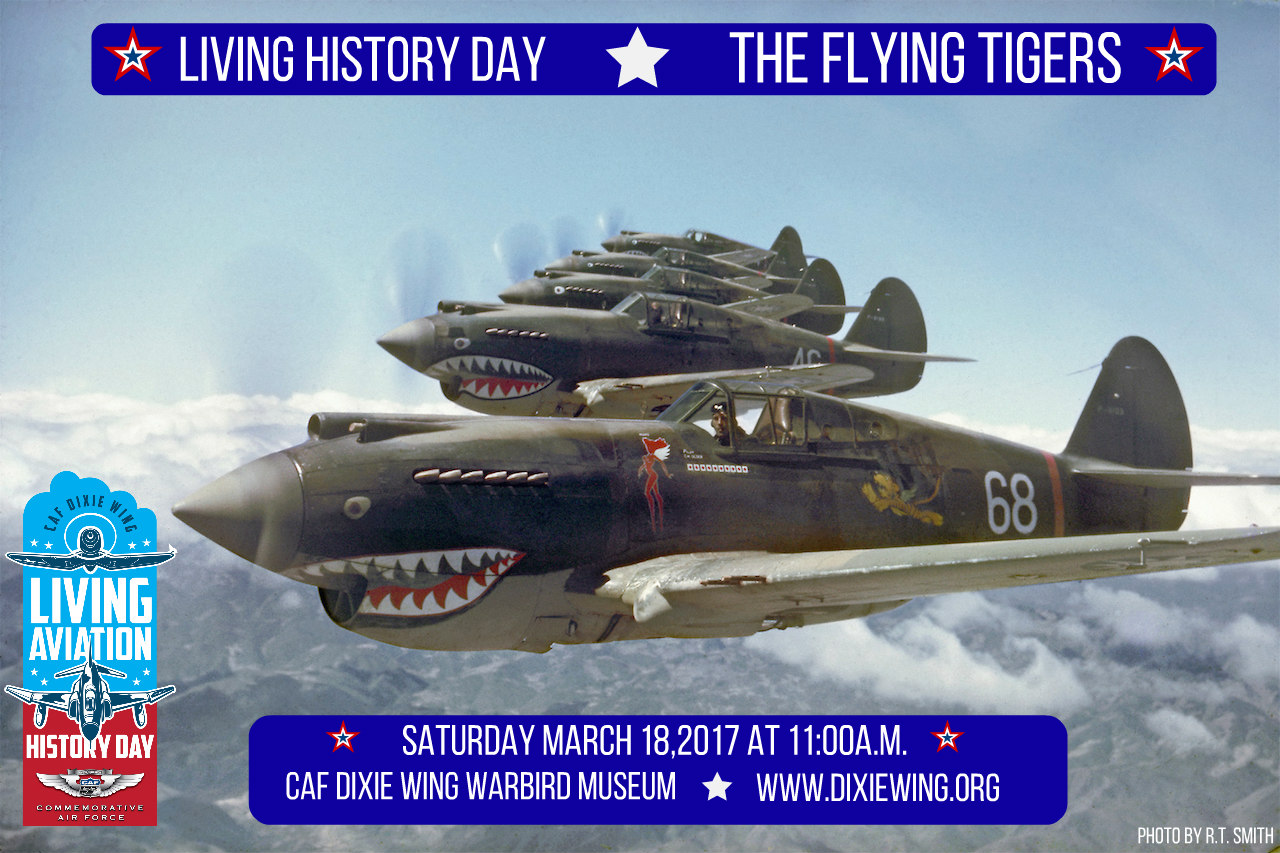