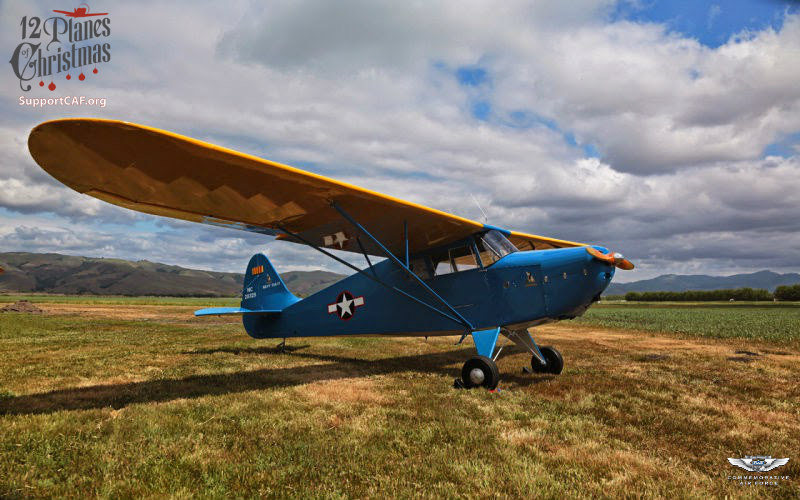 As part of WarbirdsNews support for the Commemorative Air Force’s fund-raising campaign ’12 Planes of Christmas’ we will be highlighting each of the aircraft on their list. The third of these is the Delaware Valley Wing’s Interstate L-6 Cadet. She is being restored to represent the Cadet Cordelia Fort flew during the Pearl Harbor attack (not to be confused with the actual Cadet that Cordelia Fort flew that day which WarbirdsNews reported on earlier this morning.)

This project will enable the Delaware Valley Wing to tell the story of Cornelia Fort, who flew in a Cadet during the earliest moments of the attack on Pearl Harbor. On December 7th, 1941, civilian instructor pilot Cornelia Fort became one of the first witnesses to the Japanese attack that brought the United States into World War II. Flying an Interstate Cadet, she was in the air near Pearl Harbor, teaching a student. She avoided attack from one Japanese Zero before landing at a civilian airport, where her aircraft was shot at once more by another Zero. Fort and her student survived, but the attack killed several other Americans in light aircraft that day, alongside more than 2,000 military personnel and civilians. Fort was later one of the first women accepted into the WAFS, a precursor to the WASPs. Sadly in 1943, at the age of just 24, a mid-air collision claimed her life. She was the first American female military pilot to be killed on active duty. The footstone of her grave is inscribed ‘Killed in the Service of Her Country’.

Support This Aircraft
The unit’s Interstate Cadet has been stripped and disassembled for a ground-up restoration to represent the airplane Cornelia Fort flew on December 7th, 1941. Unit volunteers have rebuilt the wings and given them a new fabric covering, but there is still a great deal of work to be done. The largest single item remaining in the restoration is the purchase of an engine. The Delaware Valley Wing plans to use a Continental O-200, projected to cost $14,000. In addition, motor mounts ($1,500) and a propeller ($2,500) will need to be acquired. By telling the story of Cornelia Fort, the Interstate Cadet will help the CAF Delaware Valley Wing shed light on the service and sacrifice of female aviators during World War II. To support this airplane please click HERE. 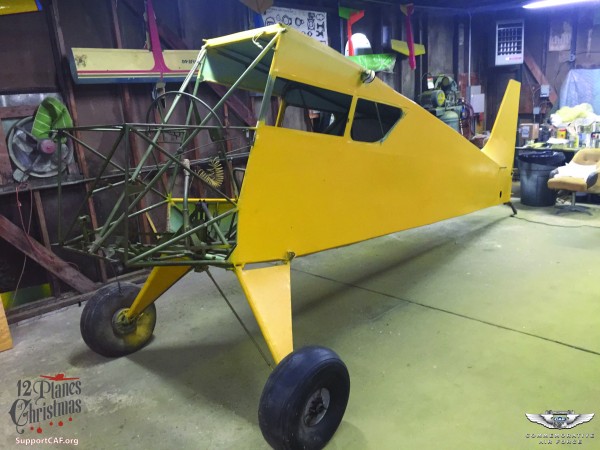 About This Unit
The Delaware Valley Wing participates in regional air shows. Once the Cadet is flying, it will also be used for air shows. The wing is developing an educational program about the CAP and WASPs to take to local libraries, schools, and civic groups. They help support their aircraft by selling dog tags at air shows  punched out on vintage dog tag machines dating back to the 1930s and 1940s.