The Yankee Air Museum is renowned for pulling out all the stops when it comes to organizing their annual Thunder Over Michigan air show. It has long been one of the most anticipated events on the U.S. air show calendar, and this year’s event over the weekend of August 7/8, 2021 is setting up to be no exception. The organizers are pursuing a massive effort to present the largest gathering of North American B-25 Mitchells at an air show event since the type left active U.S. military service. The museum previously fielded 15 airworthy examples at their 2007 Thunder Over Michigan event, which was a magnificent affair. This time they hope to beat the current record of some 20 examples, which took place at the Doolittle Raid 70th Anniversary celebrations in Urbana, Ohio.

When asked what prompted the museum’s choice for this year’s event, their Air Show Director, Mike Luther stated: “We are excited for this year’s Mitchell Madness! This year we are honoring all of the men and women who built, maintained, and flew B-25s. B-25s were used in all theatres by every Allied country of World War II. Bringing Mitchells to the show helps tell their vast stories to new generations.” 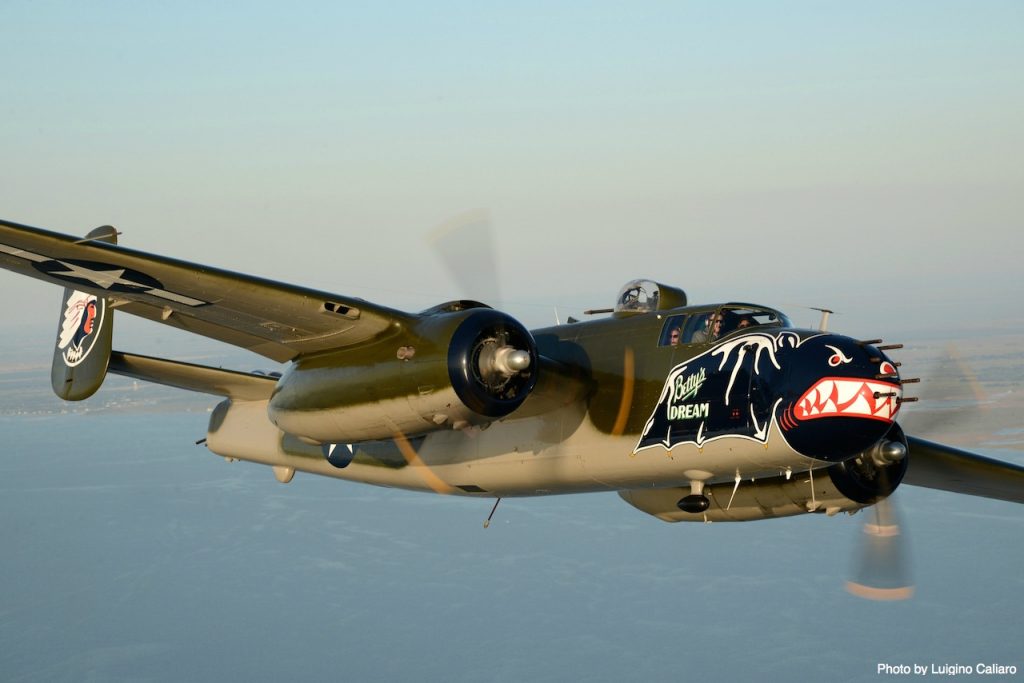 This event is also a motivating factor in accelerating the return to flight of a number of presently dormant Mitchells, including  the Commemorative Air Force Central Texas Wing’s B-25J Yellow Rose which has not flown since late 2017. Indeed, Thunder Over Michigan will be one of Yellow Rose’s first shows since her return to flight this March. Additionally, the Dakota Territory Air Museum’s B-25J Betty’s Dream hasn’t flown since April, 2018, but she too is undergoing an express overhaul to get her ready for the show. 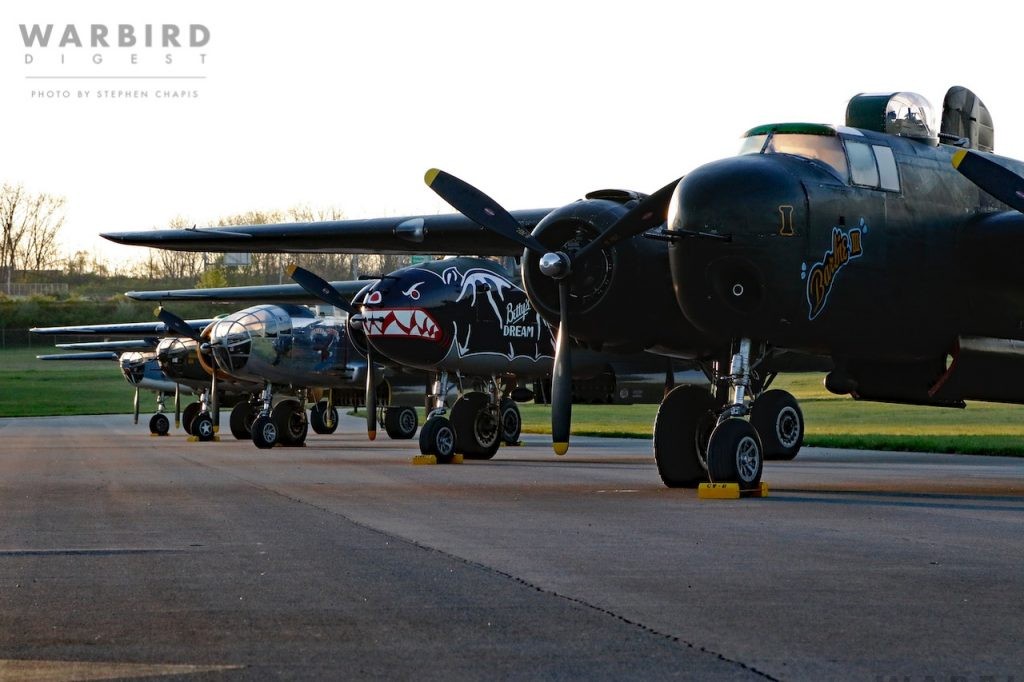 And we must not forget that the Yankee Air Museum’s own B-25D has also been through an up-tempoed refurbishment and repaint into her new livery as Rosie’s Reply. She will become a major focal point of this year’s gathering, for sure, being a combat veteran from the Mediterranean Theatre in WWII. Other than her nose art and name, her new paint scheme now matches the one she wore in Corsica during 1943. The Yankee Air Museum will now be able to properly tell the story of the 57th Bomb Wing, 340th Bomb Group, 489th Bomb Squadron in which their B-25 served. 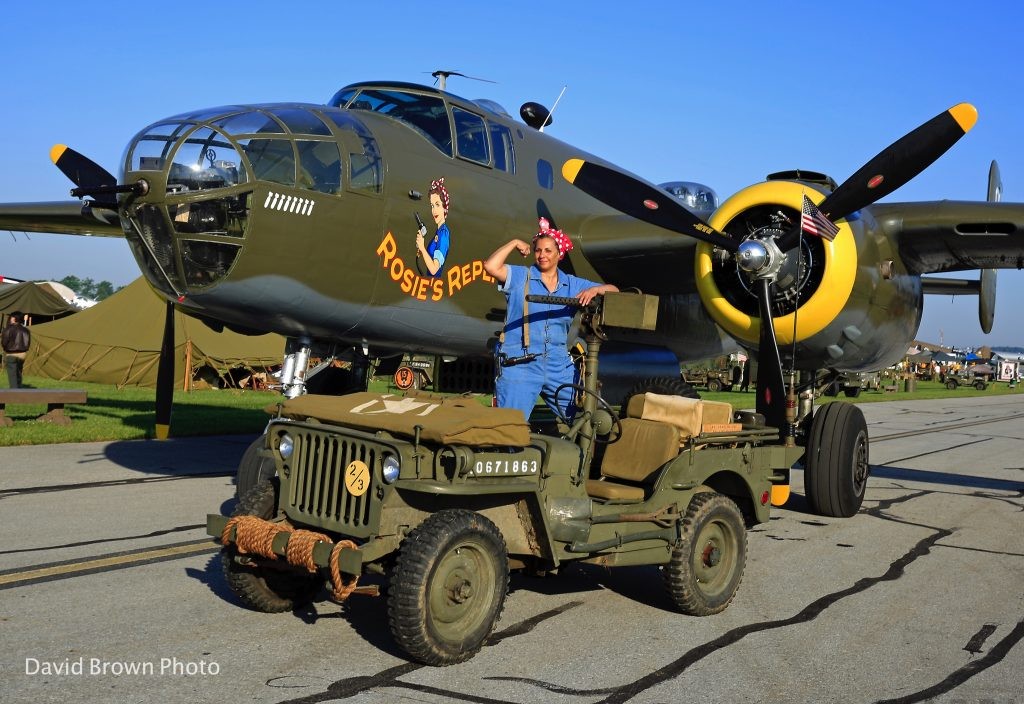 Presently the list of B-25s which have confirmed their attendance includes the following, although the Yankee Air Museum does expect to add further examples in the coming weeks.

As Mike Luther noted, “This is a once in a lifetime event, we feel like this will probably be the last major B-25 gathering and we don’t want fans to miss it! In 2007, we established the world record for B-25 gathering with 15 bombers and we are hoping to set another record this year!” 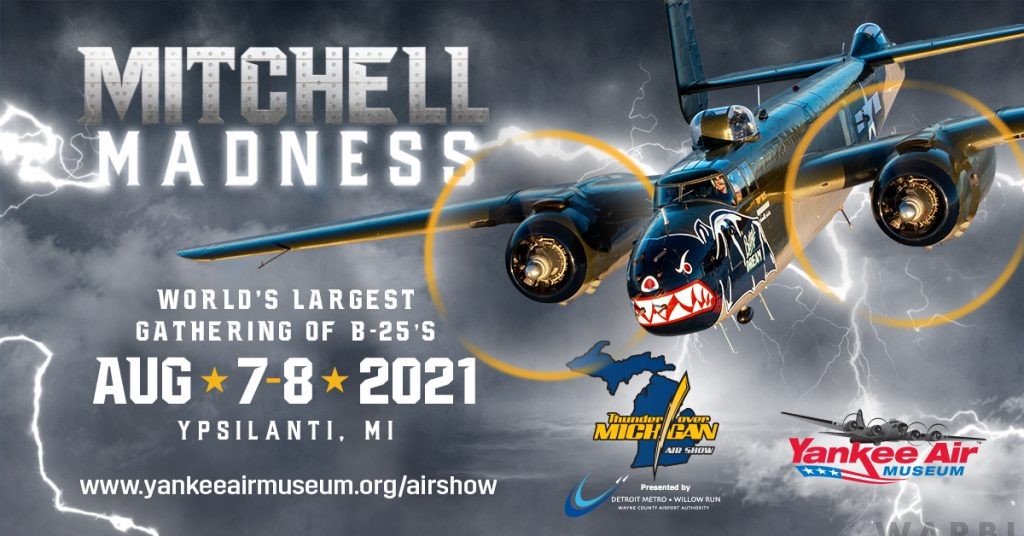