According to Wikipedia, Giving Tuesday, often hashtagged as #GivingTuesday, refers to the Tuesday after Thanksgiving in the United States. Essentially it has become an international day of charitable giving at the beginning of the holiday season. As our readers know well, WarbirdsNews has always supported the warbird community by promoting the preservation of historic aircraft as well as the stories surrounding them, and we have continued to do so since becoming part of Warbird Digest last year. We particularly like to support grassroots organizations that emphasize their roles in youth education and veteran advocacy. As such, for the aviation-minded among you looking to make your own #GivingTuesday contributions, we would encourage you to consider supporting the groups listed below. We have deliberately tried to keep the list small, and been careful to mention groups outside of the usual, higher profile organizations which already have more wide-spread support. There are obviously too many to mention in one article, and doubtless, there are some we have yet to hear of, so please do post your thoughts at the end of this article if you have suggestions for other lesser known, but deserving efforts.

Warbirds of Glory recently formalized their youth training program by establishing the Kittyhawk Academy youth mentorship program. The Academy involves local high school students in the restoration of B-25J Mitchell 44-40733, known as the Sandbar Mitchell. While developing their skills in aircraft restoration and knowledge of aviation history, the students also gain experience in cutting-edge Computer Aided Design technology and other engineering-related fields to help foster their consideration of a career involving aviation. To make an online donation, please click HERE.

Tim Chopp and the Berlin Airlift Historical Foundation (BAHF) are the very definition of the term ‘Flying Museum’. In many ways they have been the pioneers of a traveling educational program supported by an actual working historic aircraft. Their mission is to promote the memory and legacy of the Berlin Airlift of 1948-1949. They have chosen to do so by preserving several aircraft types used in this massive effort which saved the people of West Berlin from being overrun by the Soviets in the early days of the Cold War. These “Flying Memorials and Classrooms” serve the purpose of educating the public about this pivotal, but sadly oft forgotten event in world history. The foundation has operated Douglas C-54E Skymaster Spirit of Freedom on the air show circuit for the past two decades. Hundreds of thousands of air show visitors have toured its interior, learning about the Berlin Airlift from the artifacts and stories presented within, as well as actual veterans of the Airlift itself, such as Gail Halvorsen, the Candy Bomber. More recently, BAHF re-flew their Boeing C-97G Stratocruiser named Angel of Deliverance after a seventeen year restoration effort. She is the last airworthy example of her entire breed (if you discount the highly modified Aero Spacelines Super Guppy variant operated by NASA). The BAHF need a lot of our help in the final push to make Angel of Deliverance ready for touring the country. To make an online donation, please click HERE.

Three years ago, Vintage Wings, Inc.‘s president and founder, Jason Capra was driving through Ohio and stumbled upon what appeared to be an abandoned Douglas C-53 Skytrooper at a grass airfield in Beach City, Ohio. Thousands of volunteers hours and dollars, not to mention blood, sweat and tears, later this 1942-built Skytrooper finally flew again for the first time on October 6th this year for a ferry flight to her new home in Franklin, Pennsylvania, where the rest of her restoration will continue. Vintage Wings Inc’s goal is to create a flying classroom, a mobile living history museum, inside the aircraft’s cabin. Static aircraft in museums serve a distinct and valuable purpose, but there is no substitute for a flying aircraft with all its sights, sounds and smells, to vividly instill the stories of aviation history in the minds of younger generations. To make an online donation, please click HERE.

The D-Day Squadron is the part of the Tunison Foundation, a non-profit 501(c)(3) charitable organization. In June 2019, the D-Day Squadron will lead an American fleet of restored, historic C-47 transport aircraft in Daks Over Normandy, a flyover featuring more than 30 internationally-based aircraft which will drop 250 paratroopers over the shores of Normandy to commemorate the 75th anniversary of D-Day. The event will honor the citizen soldiers of World War Two whose bravery led the Allies to the liberation of France, and ultimately ended the devastating War in Europe. To make an online donation, please click HERE.

Project Recover is a collaborative team of marine scientists, archaeologists and volunteers who have combined their efforts to locate aircraft associated with American service personnel declared ‘Missing In Action’ during WWII. Established in 2012 with initial support from the Office of Naval Research, and formalized in 2016 with  private funding from Dan Friedkin, CEO and Chairman of The Friedkin Group, Project Recover was co-founded by researchers at the University of Delaware’s College of Earth, Ocean, and Environment; Scripps Institution of Oceanography at the University of California San Diego, and The BentProp Project, Limited. The BentProp Project began in 1993 and formalized its mission structure in 2000, as a team of volunteers, trained specialists, and professionals, each with essential expertise in history, aviation, diving, and navigation, who are dedicated to locating and assisting with the repatriation of American Prisoners Of War and MIAs from World War II and other conflicts around the world. To make an online donation, please click HERE.

One of the most grassroots of all the units within the Commemorative Air Force is the The CAF Lake Superior Squadron 101. While the CAF may seem beyond the scope of our remit for #GivingTuesday, it is important to remember that the CAF is really a collection of individually-run, and mostly self-funded, units operating under a thin umbrella of control from CAF Headquarters. The CAF Lake Superior Squadron 101 in Duluth, Minnesota has taken on the Herculean task of combining the airworthy components from two different Consolidated PBY Catalinas into one flying example. Unit members are forging ahead with the restoration of their Consolidated PBY-6A Catalina, which has become a rallying point in their community, and we hope you will join with us in their support.  To make an online donation, please click HERE. 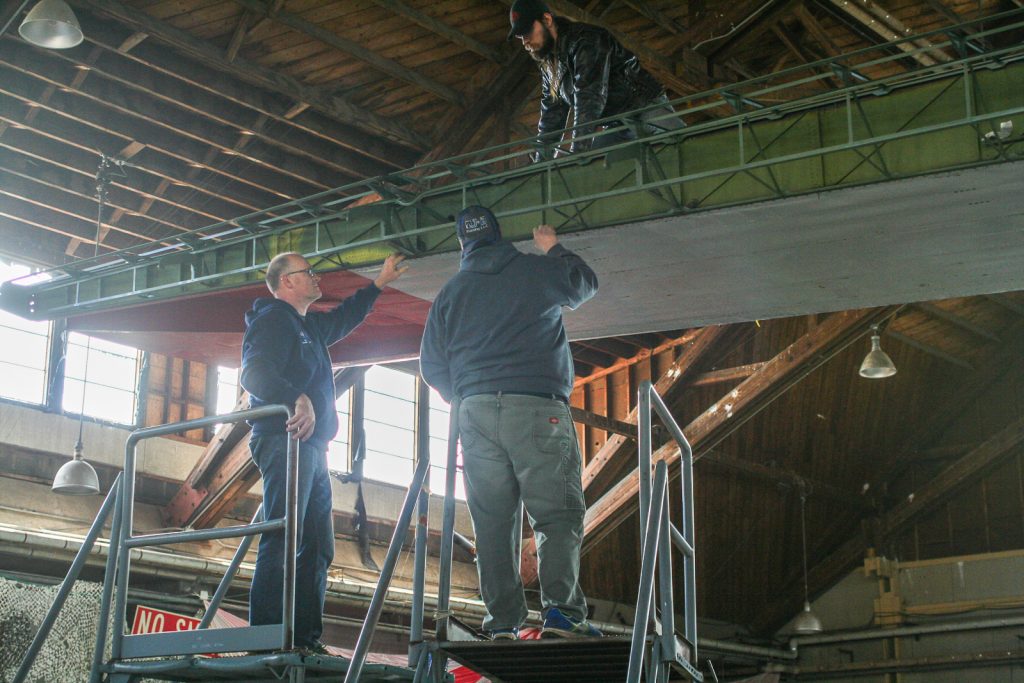