Licensed pilots with both the means and the urge to fulfill a test pilot’s dream now have direct access to flight training in the magnificent Lockheed F-104 Starfighter. This follows Starfighters Aerospace’s recent authorization from the Federal Aviation Administration that opens the skies above NASA’s Kennedy Space Center for pilot training in the legendary supersonic aircraft. An FAA Letter of Deviation Authority, or  LODA, allows licensed pilots to receive type-specific training in the same ‘right-stuff’ jets that NASA has used for decades to prepare their astronauts for spaceflight and to conduct aeronautical research.

“Flying the F-104 has been a dream of countless aviation and aerospace enthusiasts since the aircraft entered service during the Cold War,” said Starfighters President and Chief Pilot Rick Svetkoff. “We’re pleased now to be able to offer easier access to civilian training for licensed pilots under our FAA LODA.” 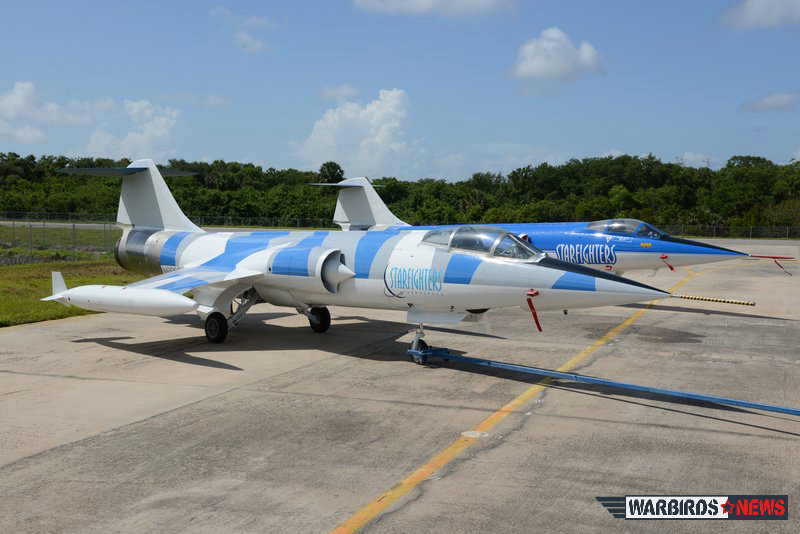 Pilots will receive pre-flight, syllabus-based training at Starfighters’ KSC-based hangar beside the massive, 15,000′ runway once used by the Space Shuttles when they landed at Cape Canaveral. The course will conclude with one or more checkout flights in the restricted airspace above the spaceport. This limited-access training covers the fundamentals of flying the F-104 and is designed to enhance confidence and flight safety. The amount of time it takes to complete the basic training and aircraft familiarization (TRA1) will vary from pilot to pilot. The price for training that culminates in a single checkout flight is $17,900.

Designed in the 1950s by Kelly Johnson at Lockheed, the F-104 can operate at speeds in excess of Mach 2 and holds the current altitude record of 31.6 kilometers. It was the first aircraft to simultaneously hold the world speed and altitude records. Its brute-force capabilities made the F-104 a go-to aircraft for NASA astronaut training in the 1960s. Starfighters’ fleet features some of the latest production F-104 jets, manufactured during the 1980s and maintained by Starfighters Aerospace’s FAA-certified ground crew. 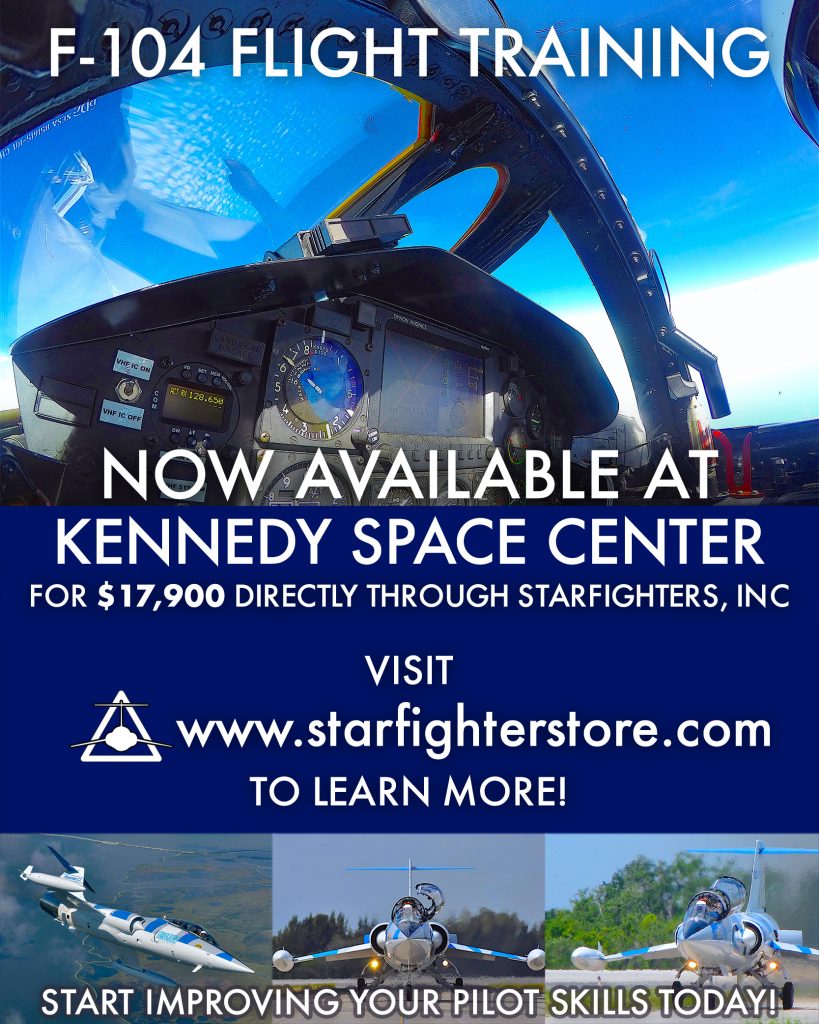