A twenty-one-year-old video documentary detailing the restoration and eventual return to the airworthiness of Hawker Hurricane Mk.I P3351 has been located and resurrected by the Historical Aviation Film Unit (HAFU).

P3351 was built in early 1940 and during that summer, the fighter saw action in both the Battle of France and Battle of Britain. Following a wartime accident in the UK, the aircraft underwent a complete rebuild, emerging from this effort updated to Mk.II configuration and re-serialed as DR393 in May, 1941. By May 1942, the fighter was on board a ship bound for the Soviet Union in one of the many Arctic convoys sending vital supplies to the then-allied nation. Soviet pilots flew P3351 on the Arctic Front until its shoot down near Murmansk sometime in 1943. Little else is known of the aircraft’s time in Russia until its recovery during the early 1990s, when New Zealander, Sir Tim Wallis, purchased the derelict hulk and had it returned to Britain. Wallis funded the aircraft’s total restoration, the bulk of which took place in the UK. Volunteers from Air New Zealand’s Engineering Services division then completed the task in New Zealand. Following its first flight in August, 1999, the aircraft participated in a number of Warbirds Over Wanaka air shows in the early 2000s as part of Sir Tim Wallis’s Alpine Fighter Collection. 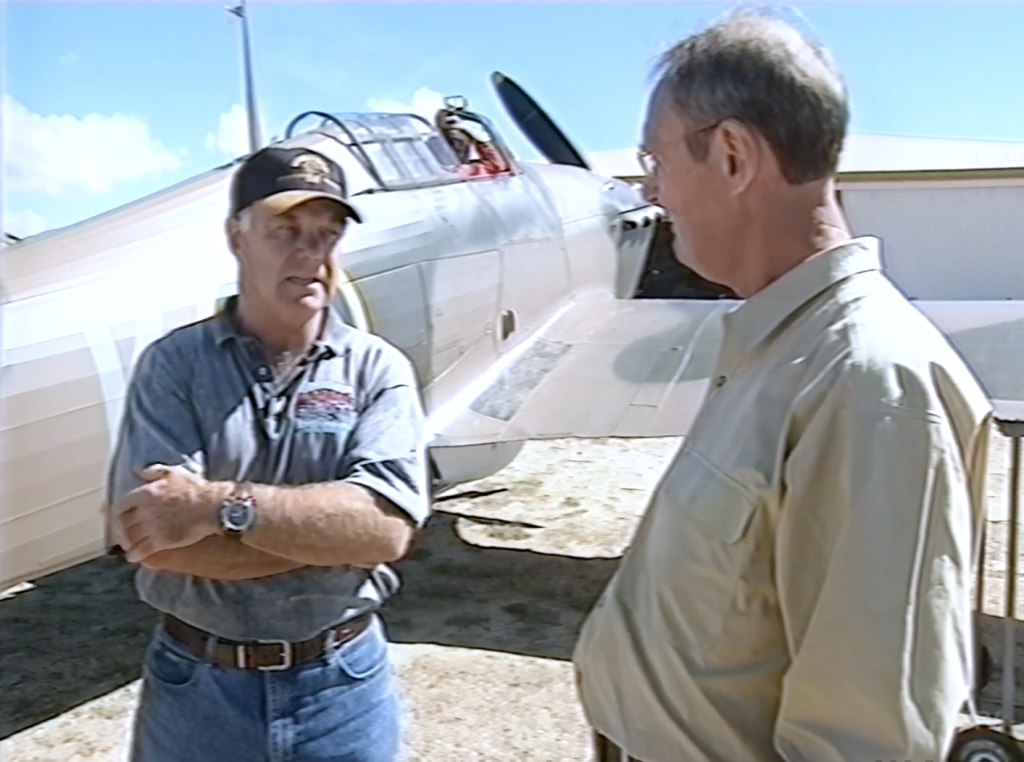 The documentary film, The Return of The Hurricane, produced by Blue Bicycle Flicks in 2000, follows P3351’s restoration story. The film was distributed initially on VHS tape, with a more limited DVD release a couple of years later. It is unclear just how many copies of each format were produced and sold, but the demise of both VHS and DVD as viable formats means that it is now incredibly difficult to find and view a copy of the film. Having recently obtained Blue Bicycle’s back catalog of aviation footage in order to preserve that material, the Historical Aviation Film Unit has sourced a carefully stored copy of the original VHS tape and has since remastered The Return of The Hurricane for re-release. This has resulted in a new digital copy of the documentary which plays back on modern television in much higher quality than the original, and which will continue to be available to all those interested in this historic story.

Allan Udy, HAFU principal video editor, noted: “Since launching our own video streaming platform in mid-2021, it has become increasingly clear to us just how much material filmed and produced in the VHS-era is now very difficult to find and is at significant risk of being totally lost. We’re trying to stop that and preserve at least some of this historic material for the future.” 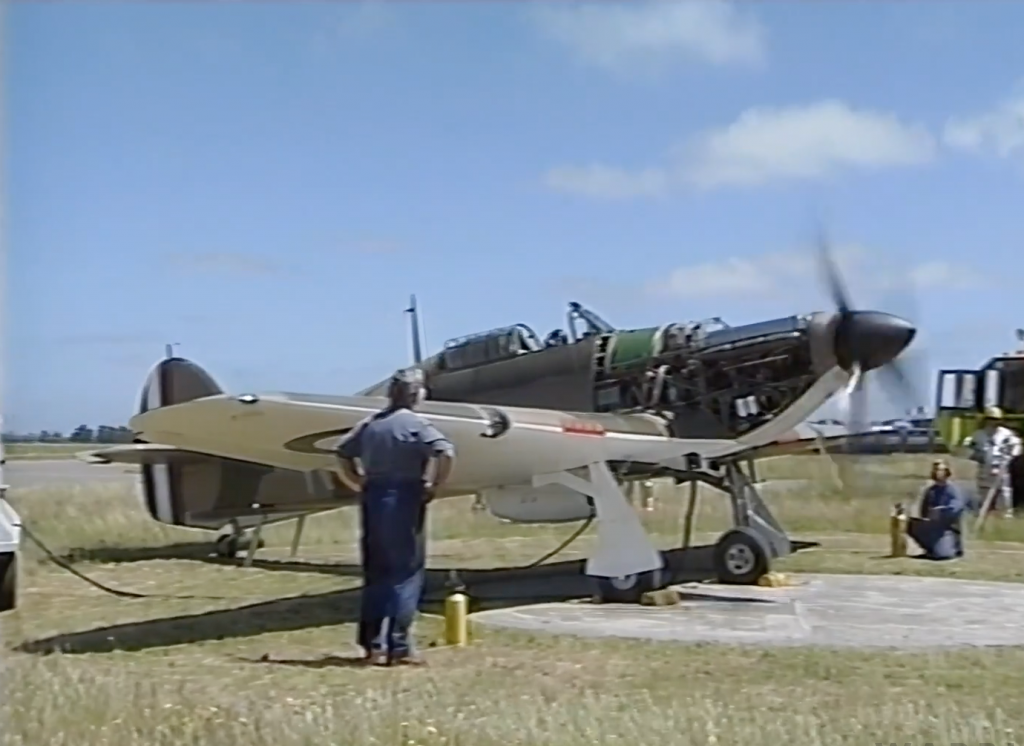 The documentary features internationally-renowned New Zealand warbird pilot Keith Skilling providing commentary about the Hurricane’s first post-restoration flight, the quality of its restoration, and the characteristics of the type as a military flying machine. After viewing the video again for the first time in two decades Skilling said: “It’s fantastic to be able to look back at what Sir Tim was doing twenty years ago, and to see how the Alpine Fighter Collection was developing at that time. While it’s a shame the Hurricane is no longer in New Zealand, the fact is if it wasn’t for Sir Tim and his passion, no one would have had the opportunity to see it in action at all. And it’s great that Alex and Allan at HAFU are giving us the opportunity to watch this material again.”

For a limited time the 55-minute documentary will be available to view for free on HAFU’s streaming platform, Historical Machines TV, via the following link: http://www.aviationfilm.com/hmtv/p3351 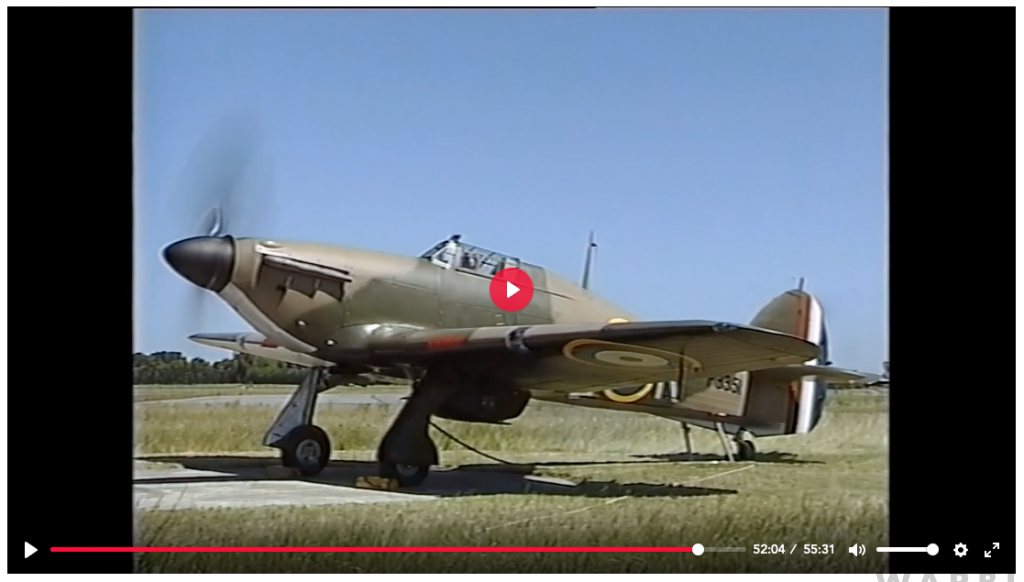 About The Historical Aviation Film Unit: Initially formed as a collaborative partnership in 2001, the Historical Aviation Film Unit’s primary goal is to discover, record and preserve the audio-visual history of all manner of machines, people, and events, and to publish this footage and imagery for the enjoyment of enthusiasts worldwide. Over the past two decades, principals Allan Udy and Alex Mitchell have produced and published over a dozen of their own aviation & military vehicle DVD titles, several informative pictorial books, numerous magazine articles, and have filmed and photographed aircraft and historic machinery in New Zealand, Australia, and the UK. Despite a significant following of over 89,000 fans on their free-to-view YouTube channel, HAFU decided in 2021 to expand and create a stand-alone video-on-demand streaming service of their own, to better serve their core followers. That platform, Historical Machines TV, is rapidly becoming a significant repository of video footage of historic machinery, and of film and video footage that is historic in its own right.