The Lakes Flying Company has won Aviation Heritage UK’s Robert Pleming Memorial Award for 2022 for its recreation and successful flying of Waterbird, an exacting replica of the first seaplane to fly with a stepped float, from 1911. At a ceremony held during its latest Members’ Meeting, held on Saturday 15th October at Hooton Park, Cheshire, in conjunction with the Hooton Park Trust and The Aeroplane Collection, AHUK also presented its Individual of the Year Award to Alan Matlock of the Spitfire Makers Charitable Trust, and its Group of the Year Award to the Royal Air Force Heritage Team. It also announced six Lifetime Achievement Awards to people who have made a sustained contribution to aviation heritage over many years. 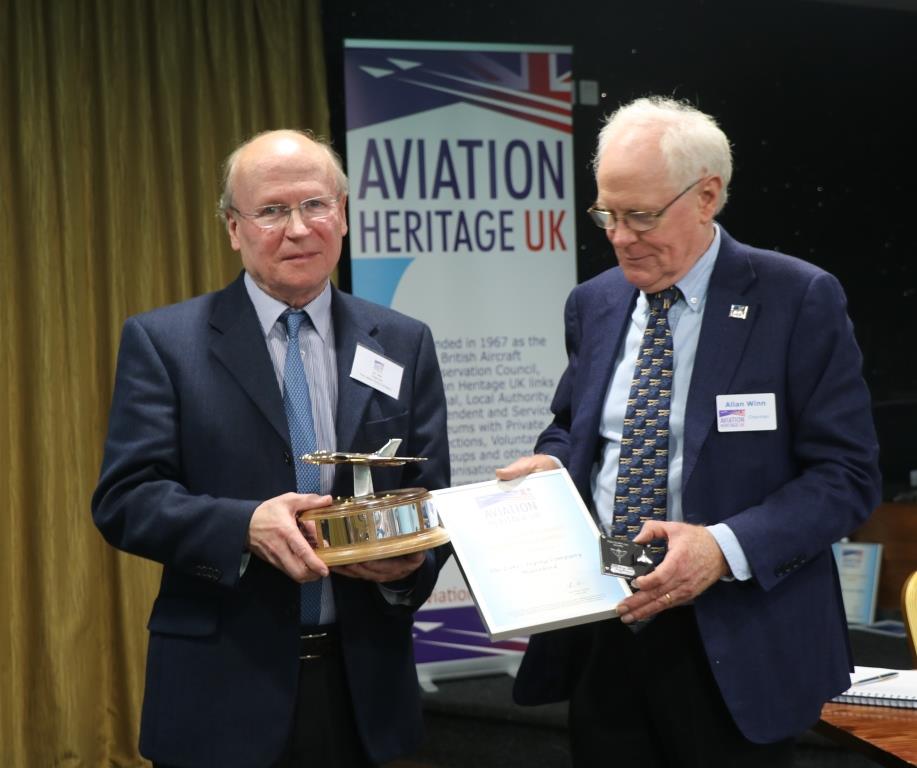 The Robert Pleming Award was set up by AHUK in memory of its late Chairman, and was created specifically to recognize innovation in the preservation, conservation, and restoration of aviation heritage, in the spirit of the outstanding work which Dr Pleming led in returning Avro Vulcan XH558 to the sky. The Lakes Flying Company has won this year’s award for the construction and flying of its replica of Waterbird, the original of which was built for Edward Wakefield by Avro, and flown from Windermere in 1911. No construction drawings survive for Waterbird, so the replica – including its game-changing stepped float which reduced water drag during take-off and has been used on all subsequent water-borne aircraft – had to be built using only a few period photographs as a guide. The project, which has involved building the replica using period materials like bamboo and a modern engine as the only significant departure from the original, has taken 11 years to reach fruition with waterborne flights in the summer of 2022.

Alan Matlock received his Individual award for his leading – as Chairman of the Spitfire Makers Charitable Trust – of the 2021 campaign to save the Spitfire Flight Shed, which had been the only surviving building from the World War II Supermarine factory at Eastleigh. Although that campaign ultimately failed, the achievement of Alan Matlock and his team in attracting over 55,000 signatures to the petition to save the building has inspired and helped other groups fighting to save other historic aviation structures such as the Miles Aircraft Headquarters building at Woodley in Berkshire.

The RAF Heritage Team of Wing Cdr Erica Ferguson and Squadron Ldr Rick Lipscomb was recognized with the Group award for its outstanding work in building a strong working relationship between the RAF and heritage museums and collections, especially in the independent sector, and in working to make possible the placing of retired RAF assets with independent museums. This has been particularly evidenced by recent allocations of Panavia Tornados and BAe 146 Statesman aircraft to non-national museums. 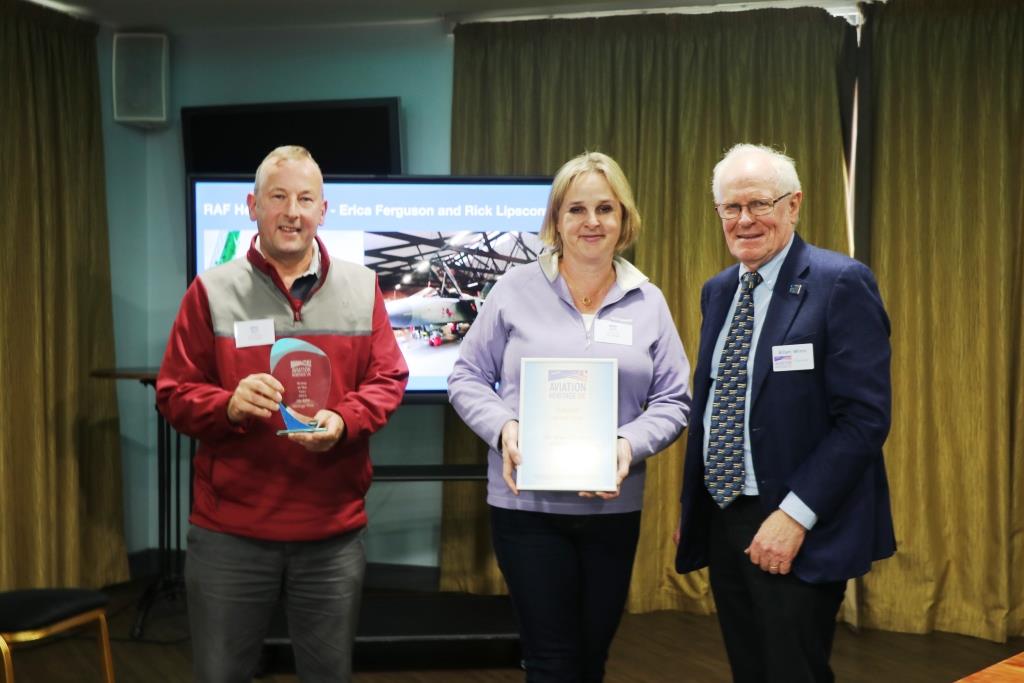 The AHUK Lifetime Achievement Awards for 2022 have been made to:

Simon Ames OBE, for his outstanding contribution to flying display management over many years, especially at Biggin Hill, and the revival of active flying at Brooklands;

Jean and Ken Fostekew, founders, curators, and managers of the Museum of Berkshire Aviation at Woodley, Berks, from its origins in the mid/late 1980s up to the present day;

Francis Hanford, founder curator of the Trenchard Museum at RAF Halton in 1999, and still a volunteer at the museum;

David Hassard, for his work since 2012 on the ongoing ‘Kingston Aviation Centenary Project’ to commemorate the creation of the Sopwith Aviation Company at Kingston upon Thames in 1912; this remarkable project’s legacy includes its comprehensive website and construction of Brooklands Museum’s 1914 Sopwith Tabloid floatplane static replica;

Steve Sims of the East Midlands Aeropark, for his work of over 20 years in restoring its Avro Vulcan to an exceptional standard and working with others on its English Electric Canberra and Westland Whirlwind.

Aviation Heritage UK represents the interests of around 100 member museums, collections, and other organizations involved in the preservation of the nation’s aviation heritage, and keeping that heritage alive through the education of future generations. For more information, visit www.aviationheritageuk.org