The amazing accomplishments of the Tuskegee Airmen in World War II and beyond will be celebrated as the theme of the third annual Atlanta Warbird Weekend Oct. 7-8, 2017, at Dekalb-Peachtree Airport, Chamblee, Ga. Hosted by the Commemorative Air Force (CAF) Dixie Wing, the weekend will feature the CAF Red Tail Squadron traveling exhibit, “Rise Above,” with its restored P-51 Mustang, “Tuskegee Airmen.” 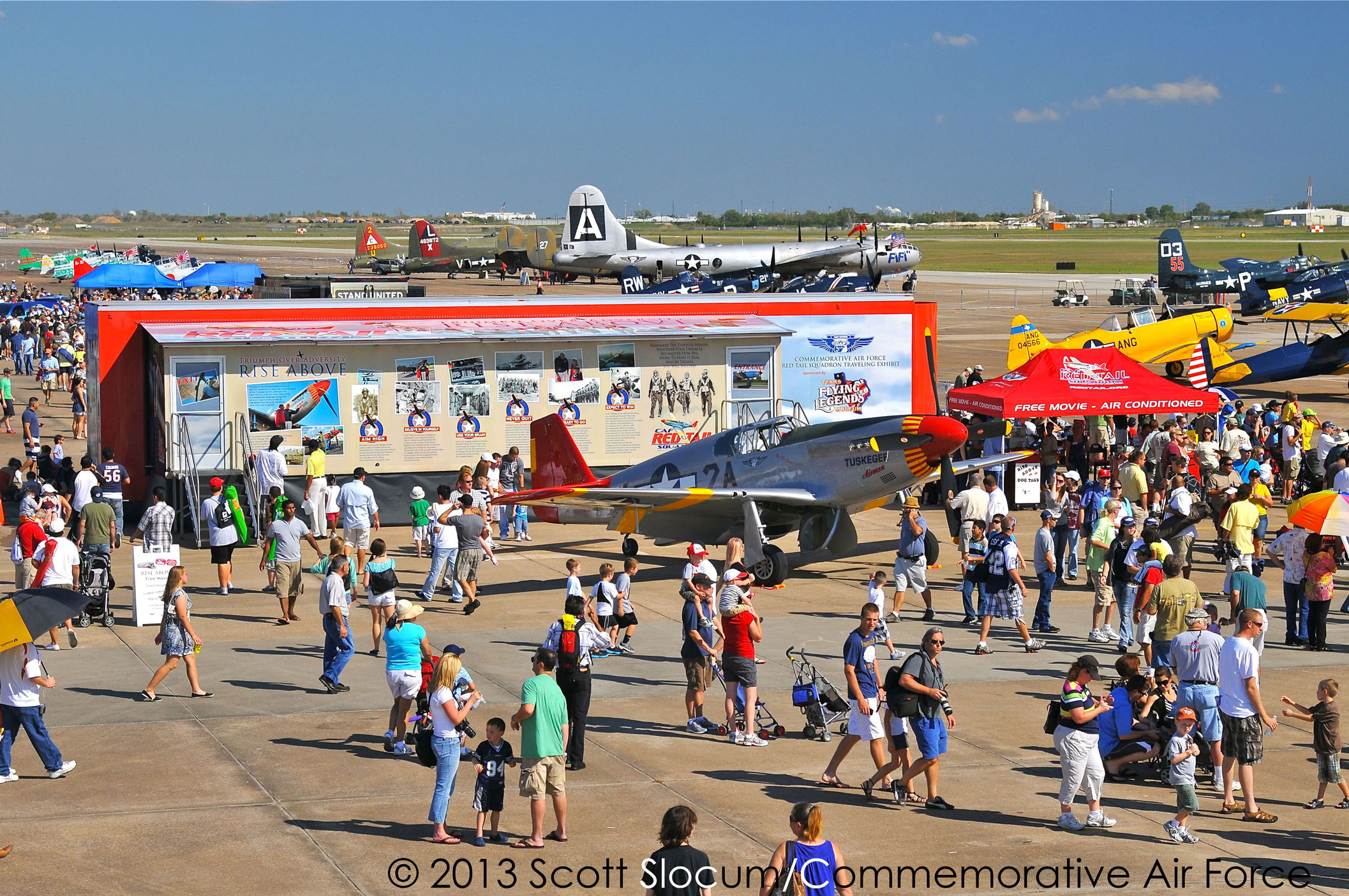 “We hope to bring dozens of Tuskegee Airmen veterans to share in the acknowledgment of the outstanding history of the black aviators who overcame prejudice and adversity to serve their country so well,” said Dixie Wing Leader Jay Bess. “We also plan to exhibit aircraft flown by the Tuskegee Airmen, including the P-51, P-47, P-40, and trainers used then, such as the BT-13, PT-17 Stearman and T-6.”

Aerial shows each day will feature a B-17 bomber fly-by with a P-51 escort, simulating the missions of the Red Tails in WWII. Also scheduled is a fly-by with a P-51 and an F-16 from the Alabama National Guard.  WWII aircraft rides will be available for purchase throughout the weekend, offering a once-in-a-lifetime experience for young and old alike. The annual Atlanta Warbird Weekend dinner Saturday night will feature the Tuskegee Airmen at the 57th Fighter Group Restaurant.

Earlier in the week, tours will be provided for Atlanta school children, and the Dixie Wing plans to screen the “Red Tails” movie on Saturday and Sunday. Educational programs will include Warbirds in Review presentations in front of various historic aircraft, and planned appearances by an F-16 from the Alabama Air National Guard (ANG). The 100th Fighter Squadron (100 FS), a unit of the Alabama ANG, was one of the Tuskegee Airmen squadrons during World War II. It was one of the famous all-black squadrons of the 332nd Fighter Group, activated on Feb. 19, 1942 at Tuskegee Army Air Field, Ala. It was returned to duty in 2007, replacing the Alabama ANG 160th Fighter Squadron, so the state could honor the legacy of the Tuskegee Airmen.

About the CAF Dixie Wing
The CAF Dixie Wing, based in Peachtree City, Ga., was approved as the 83rd CAF unit on Feb. 28, 1987, and has since displayed its collection of vintage World War II aircraft in numerous air shows throughout the United States. The wing is a non-profit, tax-exempt “flying museum” that relies on contributions of time and funds to carry out its mission. www.dixiewing.org

About the Atlanta Warbird Weekend
The Atlanta Warbird Weekend (AWW) is an annual event dedicated to the remembrance and celebration of the men, women and machines of The Greatest Generation. In metro Atlanta, there are significant historical resources and AWW is the catalyst to bring together the organizations, aircraft and people that keep this history alive and engage families and businesses that want to keep this spirit alive. Our goal is to elevate awareness of historical organizations in Metro Atlanta, raise funds to “Keep ‘em Flying”, promote the sponsors and the DeKalb-Peachtree Airport – who make the event possible. www.atlantawarbirdweekend.com