HONOLULU – Pearl Harbor Aviation Museum has opened the doors of the historic Ford Island Control Tower after being closed for decades. A new tour, Top of the Tower Tour, is a guided tour that includes access to the historic Operations Building, the Firehouse Exhibit, and an elevator ride to the upper cab of the control tower – the pinnacle of the tour with 360-degree views of the Pearl Harbor aviation battlefield from 168 feet high. Historic videos and pictures in the upper cab show the impact and aftermath of the attack giving a new understanding of the “day which will live in infamy.” 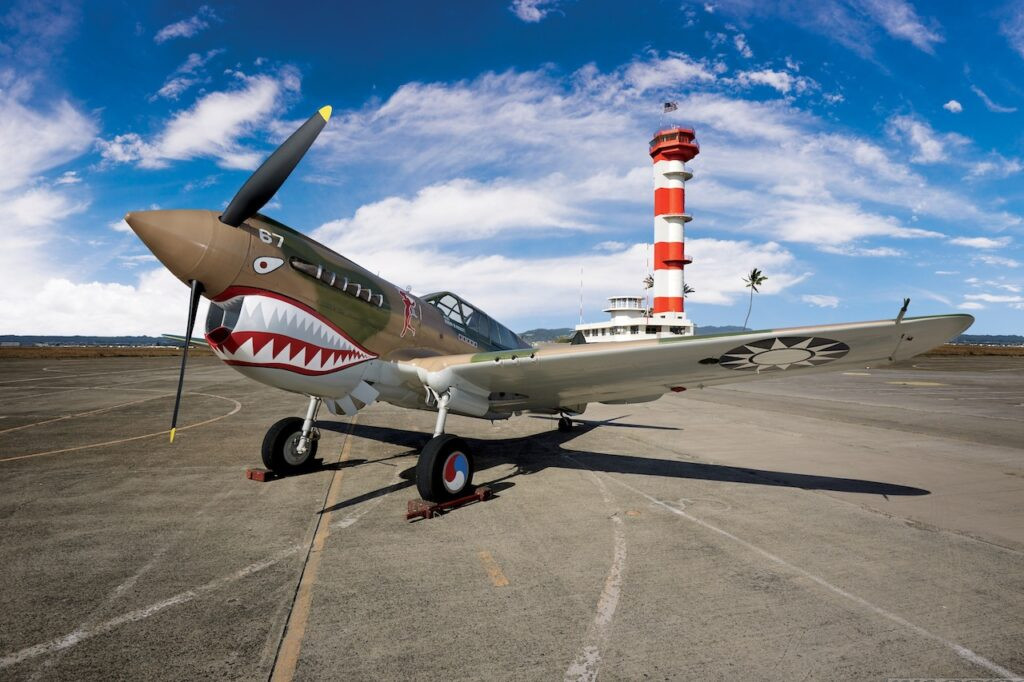 “The Ford Island Control Tower stands as a symbol of resilience and peace, standing watch over this hallowed ground,” said Elissa Lines, executive director of Pearl Harbor Aviation Museum. “It’s time for the world to witness Pearl Harbor from an aerial perspective.”

The Ford Island Control Tower officially opens for operations in honor of Memorial Day. The restoration process began in 2012 and cost more than $7 million to date. Spanning 10 years, the effort included: restoring historic windows and walls, replacing 53 tons of steel in the tower itself to stabilize the structure, and updating ceiling, flooring, electrical conduits, lighting, restrooms, and office space. Air conditioning was also added.

“From the tower, it’s easy to imagine the thunderous rain of bombs and bullets coming down, erupting in fire, chaos, and death,” says Rod Bengston, Director of Exhibits, Restoration, and Curatorial Services. “Now, however, visitors will also be able to grasp a sense of peace and tranquility that comes from the historic view.”

The latest stage to be completed, the refurbishment of the historic elevator, provides access from the ground floor to the upper control cab. With funding from the Schoen family of U-Haul and mechanical expertise from Otis Elevator Company, the elevator lift system was repaired and updated as needed to both preserve the historic elements of the 1940s-era equipment and ensure safe operations. The elevator will allow visitors to ascend 15 stories to the upper cab exhibit and observation deck. A final project, restoration of remaining exterior windows, is slated for later this year.

The bottom of the Operations Building is anchored by the Preserving our National Treasure exhibit, researched and fabricated by U-Haul®, which explores the history of the building and tower in WWII and beyond. The exhibit also shares the WWII story of U-Haul founders, L.S. Ted and Anna Mary Cary Schoen, a family story of service and ingenuity. 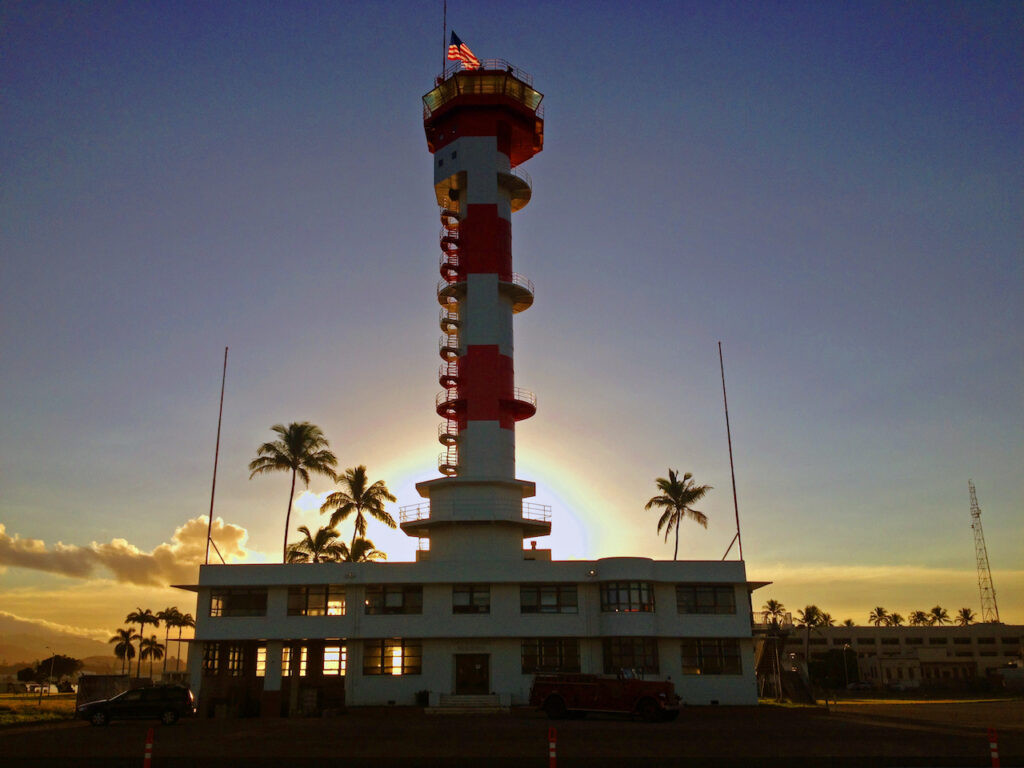 For tickets and information, visit www.pearlharboraviationmuseum.org or call (808)  441-1000. Pearl Harbor Aviation Museum is open daily from 9:00 a.m.-5:00 p.m. Complimentary access to the Museum is via the shuttles that run every 15 minutes from the Pearl Harbor Visitor Center at 1 Arizona Memorial Place. 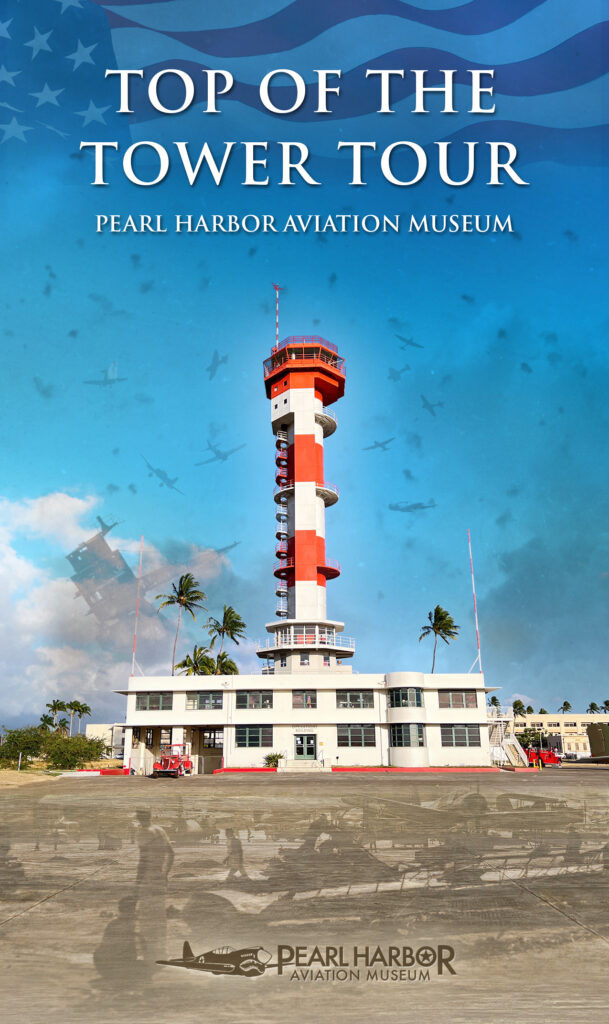 Pearl Harbor Aviation Museum is located on America’s WWII aviation battlefield, one of the few places in our country’s nearly 250-year history where America was attacked by a foreign enemy on its own soil. From the strafing marks on our grounds to the incredible views of the most famous battleship in American history, the view from the tower is not to be missed.

ABOUT PEARL HARBOR AVIATION MUSEUM
Pearl Harbor Aviation Museum is located on Historic Ford Island, where bombs fell during the attack on Pearl Harbor on December 7, 1941. Walk the Pearl Harbor battlefield where the attack began, enter the bullet-scarred hangars, and see the control tower and aircraft of the battle, including a Japanese Zero and the B-17 Swamp Ghost. Hear the stories of World War II heroes and their response to the attack that changed our nation and world. Pearl Harbor Aviation Museum’s mission is to steward America’s first World War II aviation battlefield. It is a 501(c)(3) nonprofit organization that depends on membership, volunteers, and donations for support. To join, volunteer or support, visit www.PearlHarborAviationMuseum.org. 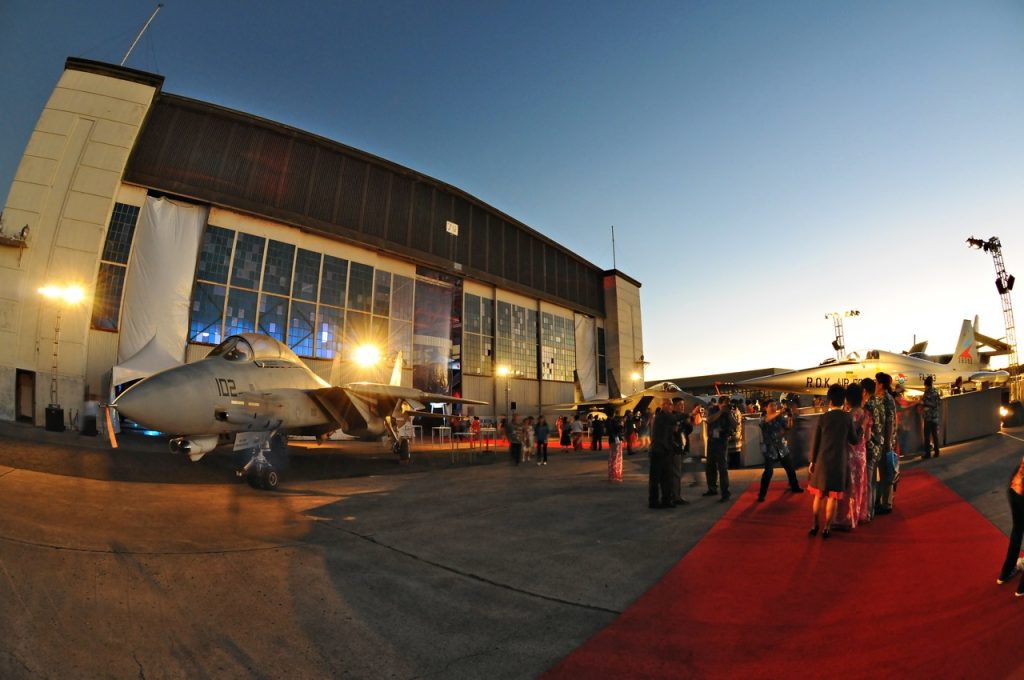