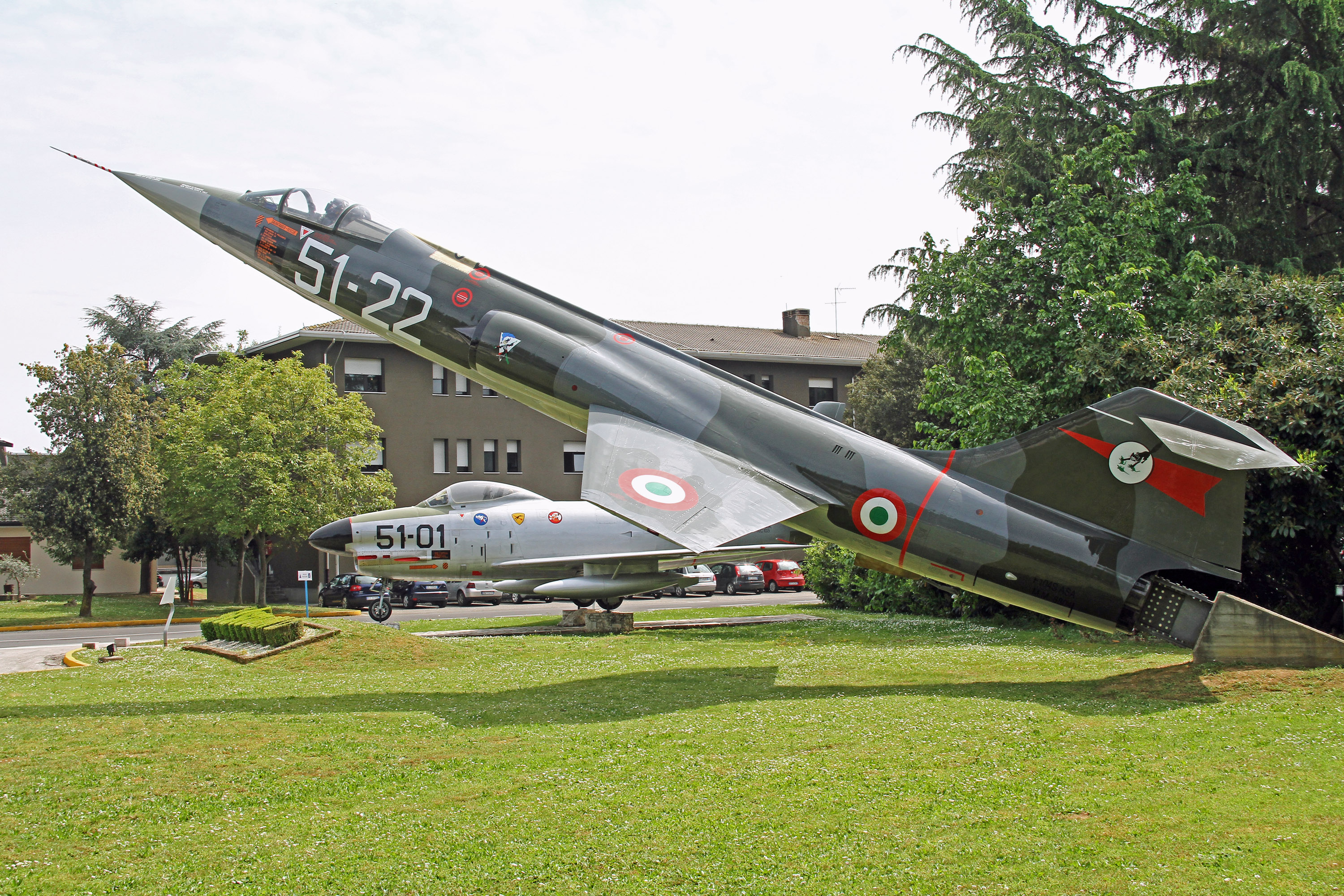 F-104S-ASA MM6804, ended its career at Istrana on June 1998, flying as “51-07” with the 22°Gruppo CI.Later, was unveiled mounted on a support as a monument, on the November 3, 1999, celebrating the 60th anniversary of the 51°Stormo (Wing).The Starfighter, was painted with codes “51-22” and markings representing the then disbanded 22°Gruppo CI (fighter interceptor) on the left side, and “51-55” that of 155°Gruppo CB (fighter-bomber).
Just recently the local GEA (Gruppo Efficienza Aeromobili – the aircraft maintenance squadron of the 51°Stormo) ended the task of refurbishing and repainting all the 7 aircraft on static display around the base.The Starfighter is the last one, all received a glossy coat of paint in order to help against the atmospheric agents.