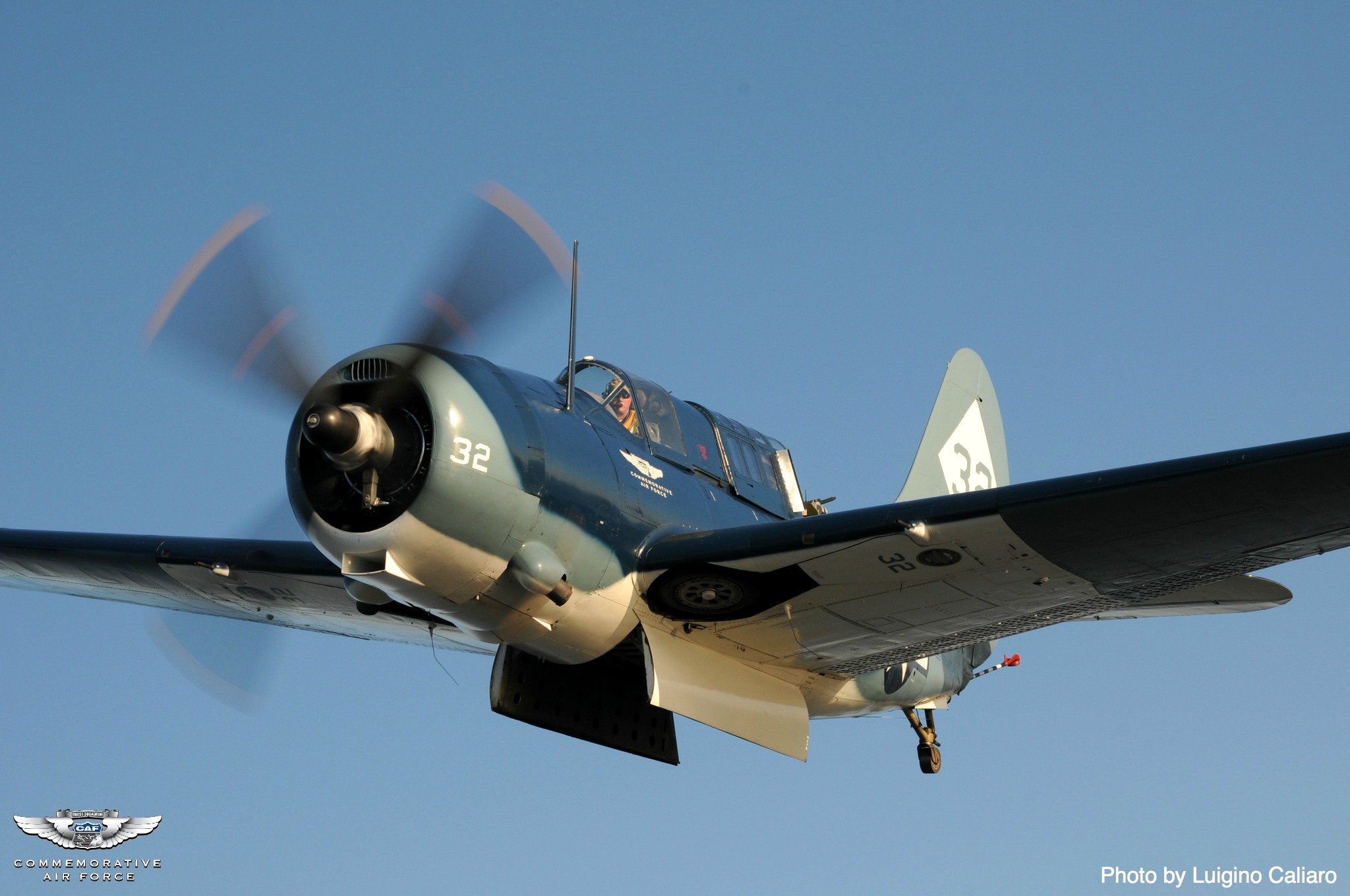 The Commemorative Air Force (CAF) will fly its P-51 Mustang, “Red Nose,” and SB2C-5 Helldiver, “The Beast,” to Fond du Lac airport (KFLD) as part of the 2016 Experimental Aviation Association (EAA) AirVenture at Oshkosh, Wis., from Monday July, 25 until Sunday July, 31. Rides will be available on both of these historic aircraft. The CAF Dixie Wing will have a rides desk at the CAF Headquarters tent in Boeing Plaza at EAA AirVenture. The CAF West Texas‘ SB2C Helldiver  will partner for the week with the Dixie Wing, which will provide ground support to the pilots of the old Navy bomber. Rides can be purchased HERE.

The P-51, “Red Nose”, based at the CAF Dixie Wing in Peachtree City, Ga., has a long and colorful history, dating back to the closing days of WWII. It was produced at the North American Aviation plant in Inglewood, Calif.; rolled out on April 11, 1945;  and was accepted by the United States Army Air Force (USAAF) as serial number 44-73843. Lloyd P. Nolen, then of “Mustang and Company,” bought the aircraft with three friends on Oct.17, 1957, for $2,500. This signified the unofficial start of the CAF. Later that year, someone painted “Confederate Air Force” on its tail and the name stuck. In December of that year she was repainted with invasion stripes and coded VF*G, and at this time the members referred to the aircraft as “Old Red Nose.” She was officially donated to the CAF in 1977 and became part of the American Airpower Heritage Flying Museum collection in 1991.

The CAF Helldiver is the only SB2C still flying from about 7,200 Helldivers built. She is an SB2C-5, the last production variant of this aircraft. She was utilized by the Navy from July 5, 1945 through Aug. 31, 1948. Serving as a pool aircraft to various locations, primarily in California, her final assignment was with the pool at NAS Corpus Christi, Texas, in April 1948. She was removed from active service on Aug. 31, 1948 and declared surplus on Oct. 14, 1948. A CAF member purchased the aircraft from the Planes of Fame museum and donated her to the CAF on Dec. 20, 1971. The current colors and markings are those of the carrier U.S.S. Franklin CV-13. “The Beast” is based at the CAF West Texas.

Rides can be purchased HERE.