When the U.S. Navy retired its fleet of S-3B Vikings from active duty in 2009, not all of them were grounded. At NASA’s Glenn Research Center in Cleveland, one S-3B was being used almost daily as a flight research aircraft. Acquired in 2004 and flown for the next 16 years on a variety of research missions, this S-3B Viking is about to fly off into the sunset and retire at the San Diego Air and Space Museum in California where it will be used to educate the public about its important role in the U.S. Navy and at NASA.

“This is the last S-3B flying today anywhere in the world,” says Jim Demers, Glenn’s Flight Operations Manager. “It’s been a workhorse for NASA, but we just can’t source its unique parts anymore.”

Originally designed by Lockheed as an anti-submarine warfare aircraft, NASA’s S-3B Viking was completely reconfigured in 2006 for flight research purposes. All weapons systems were removed and replaced with civilian avionics, GPS, and satellite communications systems to conduct flight communications research.

One of its major contributions was helping NASA’s aeronautical innovators define communications standards that the Federal Aviation Administration (FAA) can apply to unmanned aircraft systems for safe operation in U.S. airspace.

“This old aircraft has been a huge part of ushering in the future of aviation,” says Mike Jarrell, lead of NASA’s Command and Control project. “The S-3B has been a perfect match for our research. It has a nice flat bottom where we can mount a variety of antenna; it flies steady and goes low and slow so we can communicate with ground stations.” 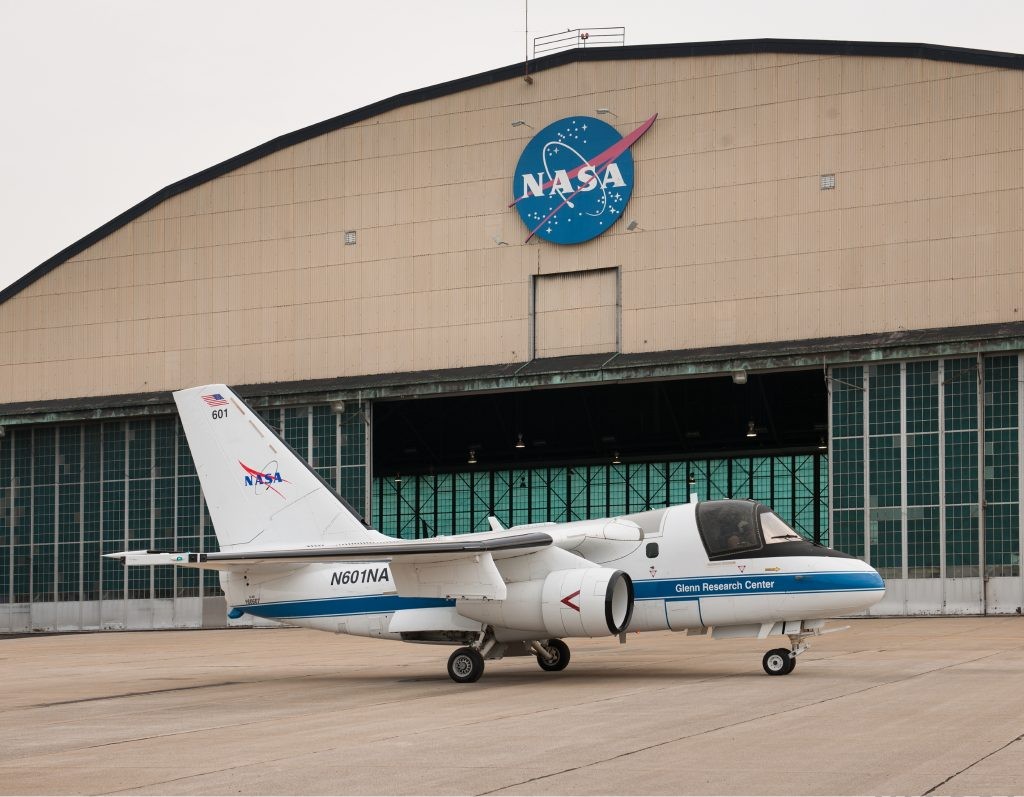 Jarrell adds that the S-3B has conducted research flights over every terrain in the national airspace, which includes mountains, hills, bodies of water, plains, and deserts. The results of the flight research have given NASA, the FAA, and its commercial partners a path for building secure, reliable command-and-control radios used for communication from the ground to unmanned aircraft systems.

“The S-3B gave us the flexibility to fly at different altitudes to image large swaths of Lake Erie and other bodies of water,” noted Roger Tokars, an elliptical and optics engineer at NASA Glenn.  “The other advantage was the aircraft’s inertial navigation system that helped us calibrate our equipment for better geo-referencing data.”

NASA’s communications research in advanced air mobility will continue using a T-34 Mentor as new standards are developed to recommend to the Federal Aviation Administration.

The San Diego Air & Space Museum is expecting S-3B Viking aircraft at its Gillespie Field Annex between 2 p.m. and 4 p.m. today , July 13. The progress of NASA Flight 601 can be tracked in real time on FlightAware at https://flightaware.com/live/ The Museum’s Gillespie Field Annex is located at 335 Kenney Street, El Cajon, CA 92020. Weather permitting, the Viking is scheduled to depart Cleveland, Ohio at 6 a.m. Pacific Time on Tuesday, July 13. The plane will stop in El Paso, Texas, where it will remain for an hour before departing for San Diego. After a scheduled flyover of North Island Naval Air Station, the aircraft will fly to Gillespie Field in El Cajon, where it will land and taxi to its new home at the San Diego Air & Space Museum’s Annex