With the 75th anniversary D-Day celebrations now over, we are sure that many of our readers will be interested in seeing an in-depth look inside some of the action. While our next issue of Warbird Digest Magazine will feature extensive coverage and imagery, something not to be missed, the documentary film Libertas will offer another kind of perspective that will also prove popular with our readers when it is released this fall, complementing our own efforts very nicely. The documentary crew flew along with the Commemorative Air Force’s D-Day veteran C-53 Skytrooper, D-Day Doll, as part of the D-Day Squadron’s fleet on their journey across to Europe this summer, and joined forces with the WWII Airborne Demonstration Team to film the actual parachute jumps and more… Here is their press release… 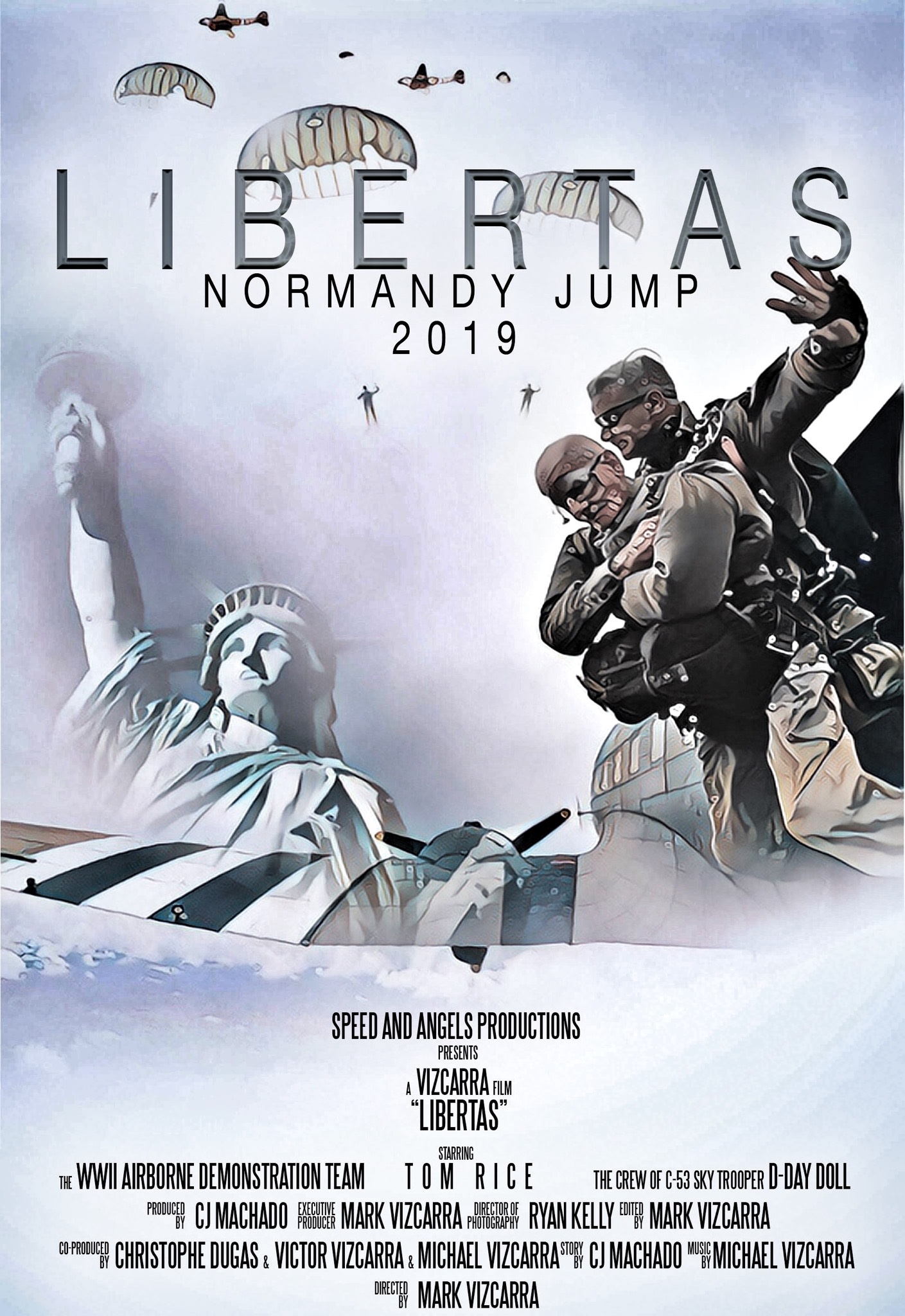 A female photojournalist embarks on an unexpected journey to document the largest living historical event of our lifetime… the 75th Anniversary of D-Day.  CJ Machado is a photojournalist, writer, veteran advocate and award-winning producer of the documentary Normandy Jump 2019, LIBERTAS.

Vintage Aircraft and parachutists from all over the world fill the French skies to re-create the largest allied invasion in our history, Operation Overlord. Follow CJ Machado as she trains with the WWII Airborne Demonstration Team to jump and record the commemorative anniversary.

Meet David Hamilton, the last living pathfinder pilot as he recounts his experiences during the aerial armada in his specialized pathfinder aircraft, which led the main group of C-47s and C-53s during Overlord.

Watch in amazement as 97 year-old, 101st Airborne Division “Screaming Eagle” Tom Rice parachutes into the same drop zone as he did 75 years earlier to the day to help liberate the world from Nazi forces.

Libertas is Inspiring… it reminds us of the courage and sacrifice that the ‘Greatest Generation’ gave on our behalf to ensure liberty and freedom for all.

Speed & Angels Productions is an award-winning production company that is passionate about making films for those who’ve served. Retired U.S. Navy fighter pilot, director Mark Vizcarra shares his talents once again in this historical documentary of the 75th anniversary of D-Day.

To pre-order your DVD:  www.NormandyJump2019.com

**When purchasing your DVD, Please be sure to state “D-DAY SQUADRON” in the notes and $5.00 of each sale will go to support their upcoming documentary **