Tucked away in a small hangar at Paine Field across the street from Paul Allen’s Flying Heritage Collection in Everett, Washington, is the remarkable aircraft restoration outfit known as Legend Flyers. For many years this small company has been known for their extraordinary efforts to resurrect the mighty Messerschmitt Me-262, but now with those projects all out the door (the last of the five examples left for a group in Germany not that long ago, complete with the jigs and drawings) the small team led by Bob Hammer is focusing their efforts on the resurrection of a Mitsubishi A6M3 Zero. WarbirdsNews reported on this aircraft tangentially about a year ago with our wonderful story by aviation artist Ron Cole entitled ‘Tale of a Zero‘ describing his commission to create a painting of this Zero as it was back in WWII.

WarbirdsNews paid a quick visit to Legend Flyers this week to have a look at the progress on the Mitsubishi A6M3 Zero under restoration there. Now fully owned by Legend Flyers, progress is marching on, and the aircraft is structurally very close to completion. There is still lots to do of course, but at the current work rate, it may be another year or so before the aircraft is ready to take to the skies again. Originally, the aircraft was scheduled to receive a fully-rebuilt Nakajima Sakae 21 engine, but this won’t be the case now. The incomplete Sakae engine that accompanied the project is currently at Mike Nixon’s shop in Tehachapi, California, but given the complexity and expense of the rebuild (and other issues), Legend Flyers has been forced to seek an alternative, although the Sakae may perhaps be an option for a future owner. Instead, Legend Flyers has opted to go for the far less expensive and much easier to maintain Pratt & Whitney R-1830-92. This is the route that most airworthy Zero restorations have taken, and it is a reasonable compromise with authenticity. The differences are barely noticeable to any but the most experienced eyes. The project’s R-1830 has just undergone overhaul at nearby Precision Engines, and we heard Bob Hammer said it was running beautifully. So hopefully in the not-to-distant future, the world will have another airworthy Zero in the mix. Legend Flyers will likely put the aircraft up for sale once she’s flying, but we can’t wait to see what’s next for this highly capable team. WarbirdsNews wishes to thank Legend Flyers’ delightful Maureen McRight, who bent over backwards to help us on our visit. 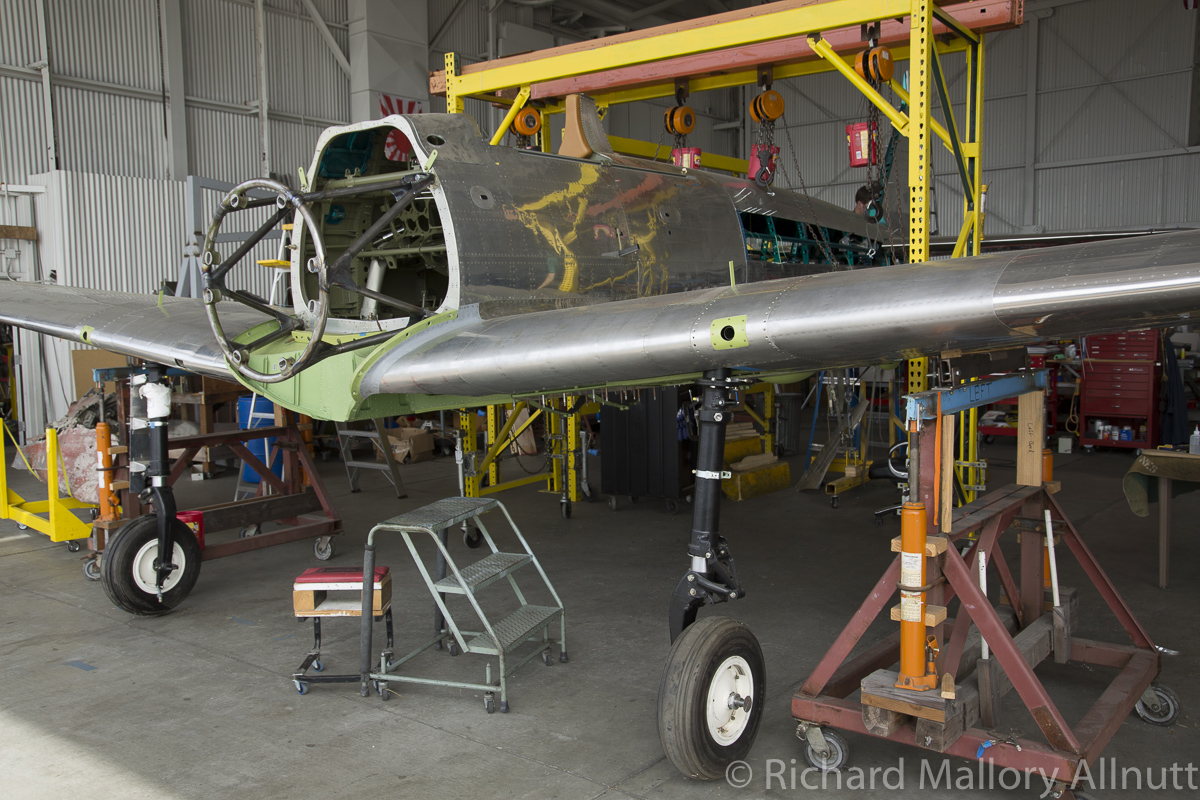