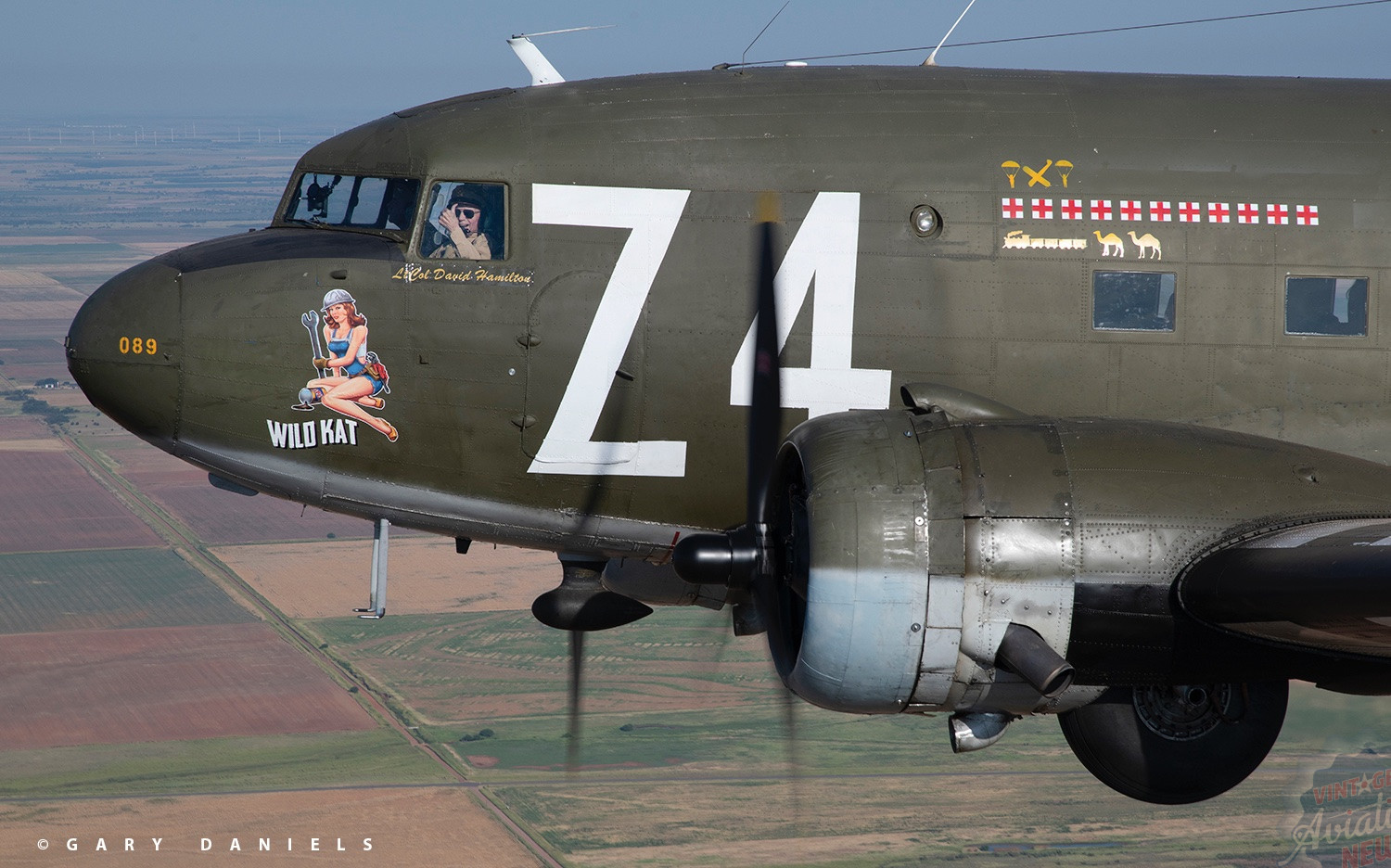 LtCol Hamilton, the last surviving Pathfinder pilot from the Normandy Invasion of June 5th/6th, 1944, also flew troops/cargo in Operations Dragoon and Market-Garden, not to mention the Battle of the Bulge. Furthermore, Hamilton logged 51 combat missions flying Douglas RB-26 Invader ground attack aircraft in the Korean War, receiving the Distinguished Flying Cross for his service during this period.

Celebrations for Hamilton’s 100th birthday, which is actually July 20th, began on Saturday with a two-ship formation airborne operation to drop 40 parachutists on the ADT Krystal DZ. WildKat flew as lead with the group’s C-47 nicknamed Boogie Baby on her wing. During the flight, Hamilton took WildKat’s controls and flew for several minutes. Then, to Hamilton’s complete surprise, the Douglas B-26K Invader known as Special Kay (arriving from the Vintage Flying Museum in Fort Worth, Texas) and the Commemorative Air Force’s A-26 Invader Lady Liberty (arriving from Enid, Oklahoma), intercepted the flight. Hamilton was overwhelmed to see the Invaders fly past WildKat. He talked animatedly about the flight with its ‘surprise’ Invaders for the rest of the day!

As a 21-year-old, 1st Lt. Hamilton piloted aircraft number 14 of the 20 C-47s which took off late in the evening of June 5th, 1944, carrying ‘Pathfinders’ from the 82nd Airborne to drop behind enemy lines in Normandy, France. Hamilton’s Pathfinders made their jump at around 1:00 a.m. on June 6th. The Pathfinders primary mission involved setting up electronic homing equipment to help guide the aerial armada of 800+ additional C-47s that was already on its journey across the English Channel, about an hour behind Hamilton’s flight. From those aircraft, 13,000 paratroopers would drop into a living hell that night, to begin the Allied invasion of Europe and help bring about the end of WWII. 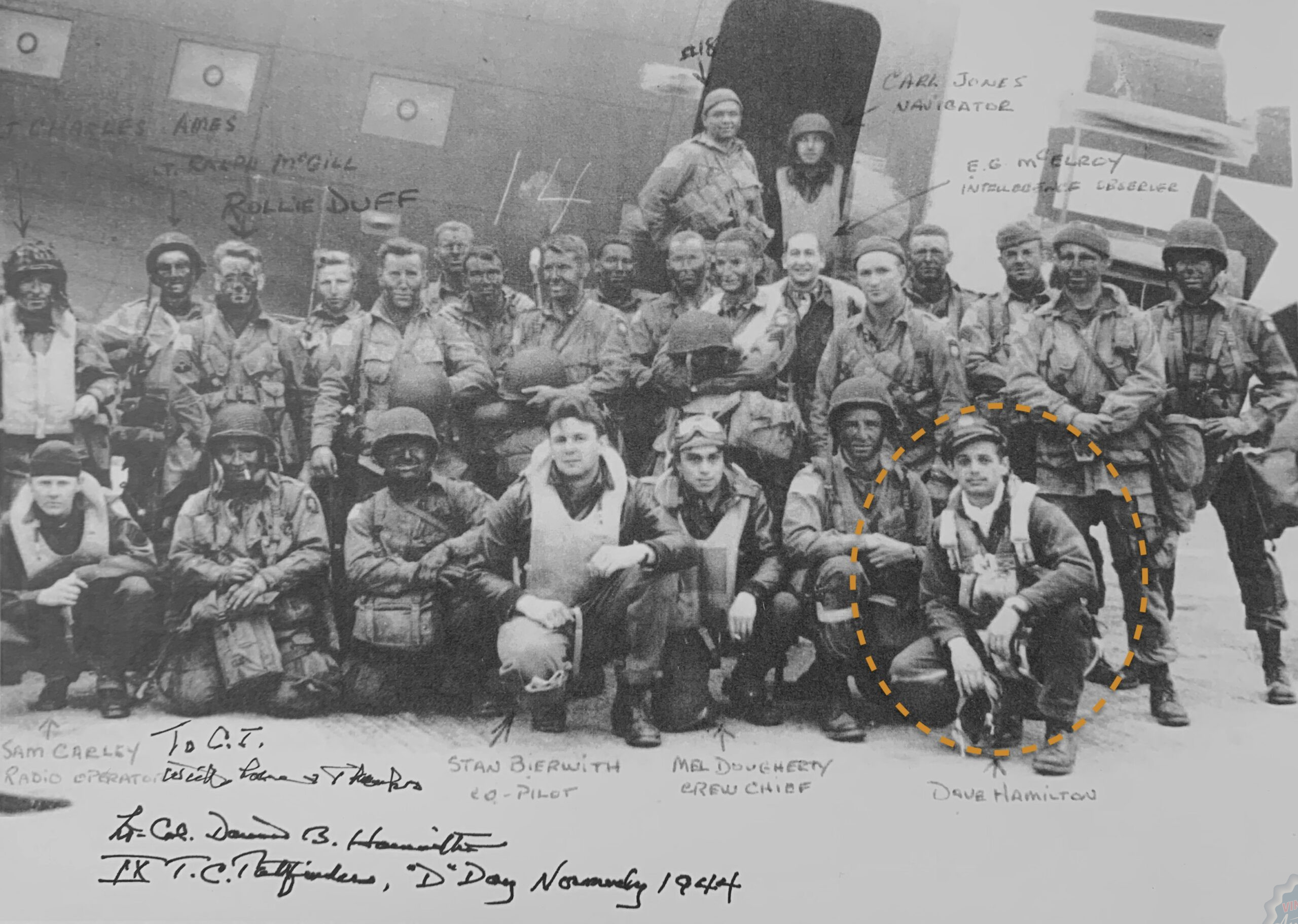 Today, Hamilton is the sole remaining pathfinder pilot from WWII. Having the chance to fly the same type of aircraft which he flew into history 78 years ago was the perfect gift to celebrate his centenary!

Images from team photographers Gary Daniels and Luke Sharrett, the video below is courtesy of CJ Machado.