PRESS RELEASE – The KF Aerospace Centre for Excellence (opening later this year) is excited to announce a de Havilland 98 Mosquito will soon be joining its star-studded cast of classic aircraft. Affectionately known as ‘Mossie’ or ‘the Wooden Wonder’ this WW2 fighter-bomber boasts an unusual wooden frame. With a track record for hitting top speeds on decisive wartime missions and flying high in Canadian skies, the Mosquito will bring audiences wing-to-wing with an action-packed icon of aviation’s past. 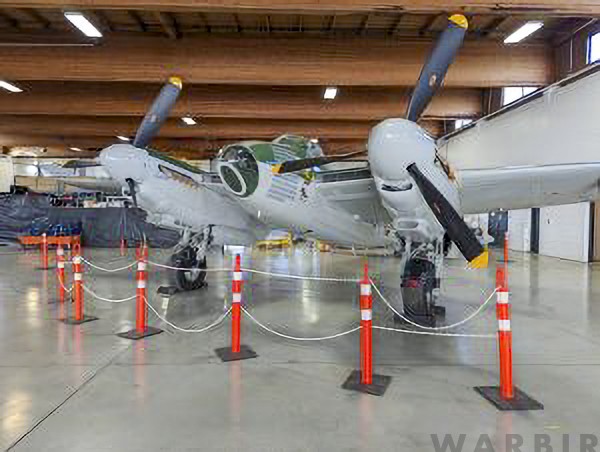 A British-designed twin-engine, two-seat, mid-wing bomber, the de Havilland Mosquito made its debut with the Royal Air Force in 1941. It was used extensively as an Allied night-fighter against the German Luftwaffe and quickly became one of the fastest operational aircraft in the world, clocking speeds over 640km per hour.

Across European, Mediterranean, and Italian theatres of war, the Mosquito proved to be exceptionally versatile. It served as a bomber, fighter, night-fighter, photo-reconnaissance plane, and even provided wartime cargo and passenger connections through enemy territory. A total of 7,781 aircraft were built.

KF Project Supervisor, D’Arcy Barker says it played a vital role in the Allied Victory. “The Mossie was an incredibly potent aircraft. It could pack a similar bomb load as a B17 and fight in any theatre at any time of day or night, at high or low altitude. It was truly a multi-role aircraft, at home in seemingly any operation. That’s what made it so special. Without it, where would we be? Thankfully, we’ll never know.”

Of the 30 Mosquitos remaining worldwide, only a handful are still deemed airworthy—and one of those is coming to the Centre for Excellence. Aircraft no. VR796 has an exceptionally Canadian connection. Not only does it have original BC Sitka Spruce running through its bones, but it was one of many Mosquitos operated by Spartan Air Services in the 1950s and ’60s to conduct high altitude aerial cartography missions all over Canada.

The Mk.35 Mosquito never saw active service. Built after the war, it went directly into storage. In 1954, it was purchased by Spartan Air Services of Ottawa as one of a batch of 10 and given the civil registration CF-HML. During World War II, many Mk.35s had been converted to photo-reconnaissance aircraft, and their high speed, 43,500-foot ceiling, and enlarged bomb bay were just what Spartan needed. The Mk.35 Mosquito flew until 1963, mapping northern Canada, operating from northern Defense Early Warning line sites like Resolute and Churchill.

Disassembled by the Royal Canadian Air Force in 1966, CF-HML was purchased by Don Campbell, who intended to make it airworthy again. He had it trucked to Kapuskasing Airport in northern Ontario to teach Air Cadets aircraft construction and maintenance. But by 1979, the airplane had been sold to Ed Zalesky. Restoration resumed, but the pace dragged. In 2005, Zalesky approached Robert Jens, owner of the Million Air corporate aviation service franchise at Vancouver International Airport, who already had a Spitfire Mk.14E.Having previously labored on a P-51, Jens initially worked on the aircraft himself, but the task was too daunting so he decided to let Victoria Air Maintenance do the final assembly. 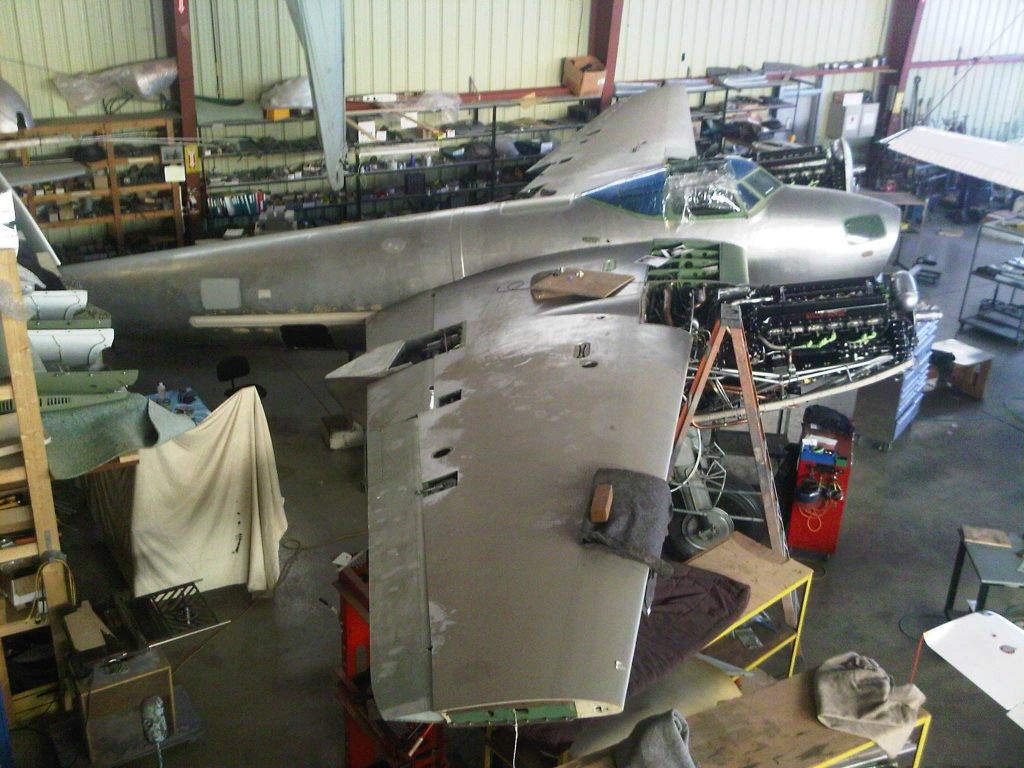 At 3 p.m. on the afternoon of June 16, 2014, a newly restored de Havilland 98 MK.35, better known as the Mosquito, fired up its Rolls-Royce Merlin engines and flew for the first time in 48 years after a long-term restoration. The flight took place at Victoria International Airport in Sidney, British Columbia, flown by Steve Hinton. Click HERE to read our article.

“It tells an absolutely amazing Canadian story,” says Executive Director, Paula Quinn. “The aircraft flew around the country for years, mapping out the northernmost reaches of the landscape in a way that was never before possible.”

The Mosquito will arrive at the Centre for Excellence camera-ready thanks to a five-year restoration project completed by Victoria Air Maintenance. The restoration was led by Aircraft Maintenance Engineer and Pilot, Mel Johnstone (on behalf of Robert Jens) and was made into a documentary film for the Knowledge Network. Johnstone has been with the aircraft since 2009 and will be accompanying it to the Okanagan. “He is excited to work with us going forward so we can glean as much knowledge as we can,” says Quinn.

Impressively, the restoration features all original wood, except for new bomb bay doors custom-manufactured in New Zealand. “A lot of effort was made to maintain the original wooden structure,” says Barker. “The restoration team was very careful to ensure no aircraft were cannibalized. Parts were only harvested from other Mosquito aircraft if they were beyond salvaging.”

The mid-size Mosquito will round out the Centre’s warplane exhibit, nestled between the robust DC-3 and svelte Hawker Tempest MKII. As with the other warplanes, the Mosquito is intended to be a live display. “The goal is to have it flying,” says Quinn. “There are only a few pilots in the world who can fly this aircraft and one of them has agreed to fly it here for us.”

Currently stationed in Vancouver, the Mosquito prepares for a bold new mission in the Okanagan Valley in a role that will pique the imaginations of generations to come. Learn all about the restoration of VR796 in the Knowledge Network’s documentary film “Gaining Altitude: The Mosquito Reborn”.

The KF Aerospace Centre for Excellence is a non-profit organization established as a legacy project by KF Founder, Barry Lapointe, to promote the aviation industry locally and nationally. Their mission is to celebrate the people and history of our aviation community, to promote career development through education and training support, and, to advocate on behalf of the Canadian aerospace community. For more information, visit www.kfcentre.ca