When the proliferation of vintage military jet trainers began to take hold on the civilian market twenty or so years ago, it was only natural that a number of boutique companies would emerge to cater to their specialized maintenance requirements. Initial airframe acquisition costs were quite low, far less than a WWII fighter plane for instance, and this brought in a larger audience of potential customers looking for an exciting ride, without the brutal, up-front costs of a WWII warbird. This is a mature market now, and aircraft such as the Czech-designed and manufactured AERO Vodochody L-39 Albatros have a passionate following. There are companies, such as Code 1 Aviation, which specialize in the type. In fact, Code 1 Aviation is a one-stop-shop for the breed offering everything from restoration, to maintenance, to flight training for their customers at three facilities in the United States (two in Illinois, and another in Alabama). They are even performing custom upgrades to significantly enhance the performance of the L-39, specifically with their L-39X program which is currently in the flight test phase. We thought our readers might be interested in a recent press release on the project which is as follows…

Code 1 Aviation is pleased to announce the first two successful test flights of a brand new airplane. It’s a variant of their previously-announced L-39X, powered by an even more powerful version of the Garrett/Honeywell TFE731 engine called the “Dash 5.” This powerplant is rated at 1,000 lbs more thrust than the engine in a stock L-39. Other features of the custom-built airplane include sleek, low-drag wingtips, a 100-gallon integral wing fuel tank, lighter gross weight, and an advanced “glass” cockpit. Pilot Buck Wyndham reports that the airplane has impressive performance and flies exceedingly well. The new aircraft will now undergo an extensive test program that will fully explore its capabilities, and the company will have more information to share following its completion.

Buck Wyndham has been with Code 1 Aviation since its inception, and has been instructing and performing Functional Check Flights in the L-39 for 17 years. As the lead test pilot for the company’s Garrett 731-powered “L-39X” programs, he has been responsible for thoroughly evaluating what is essentially a brand-new aircraft type.  Buck is a former U.S. Air Force pilot with combat time in the Fairchild A-10 “Warthog”. He is also a former instructor on the Northrop T-38 Talon, and has flown more than a hundred other aircraft types in both military and civilian aviation, varying from vintage biplanes to supersonic jets.

Code 1 Aviation is the country’s premiere jet warbird maintenance/restoration company, with three operating locations in Illinois and Alabama, and just under 40 skilled employees. Their specialty, in addition to routine maintenance and inspections, is performing award-winning, ground-up restorations of the Aero L-39 Albatros. Since their founding in 2012, they have won major awards at EAA AirVenture and Sun n’ Fun for their custom work, which incudes cockpit redesigns, avionics upgrades, systems modifications, custom paint schemes, and new features of all kinds. Their work has literally redefined what a jet warbird can be for many owners and operators.

For readers who wish to learn more about Code 1 Aviation, WarbirdsNews’ sister publication, the print magazine Warbird Digest, featured Code 1 Aviation in issue #75. Here is a teaser to the article…

More power. It’s been the perennial goal of hotrodders, racers, and gearheads since the invention of the wheel. The same affliction has affected pilots and aircraft owners with equal intensity. Aviators always want to go faster, climb higher, make more noise, and feel the thrill of raw thrust pushing them back in their seat. So it was natural that, a little more than 20 years after the L-39’s introduction to the private market in the West, some owners began exploring new engine options to replace their stock Ivchenko AI-25-powered airplanes. Code 1 Aviation, the USA’s largest and best known maintenance/restoration shop for the Albatros, was soon pursuing such a project….

If you wish to read more of this article, or see additional fabulous stories, Issue #75 of Warbird Digest is still available for purchase HERE. 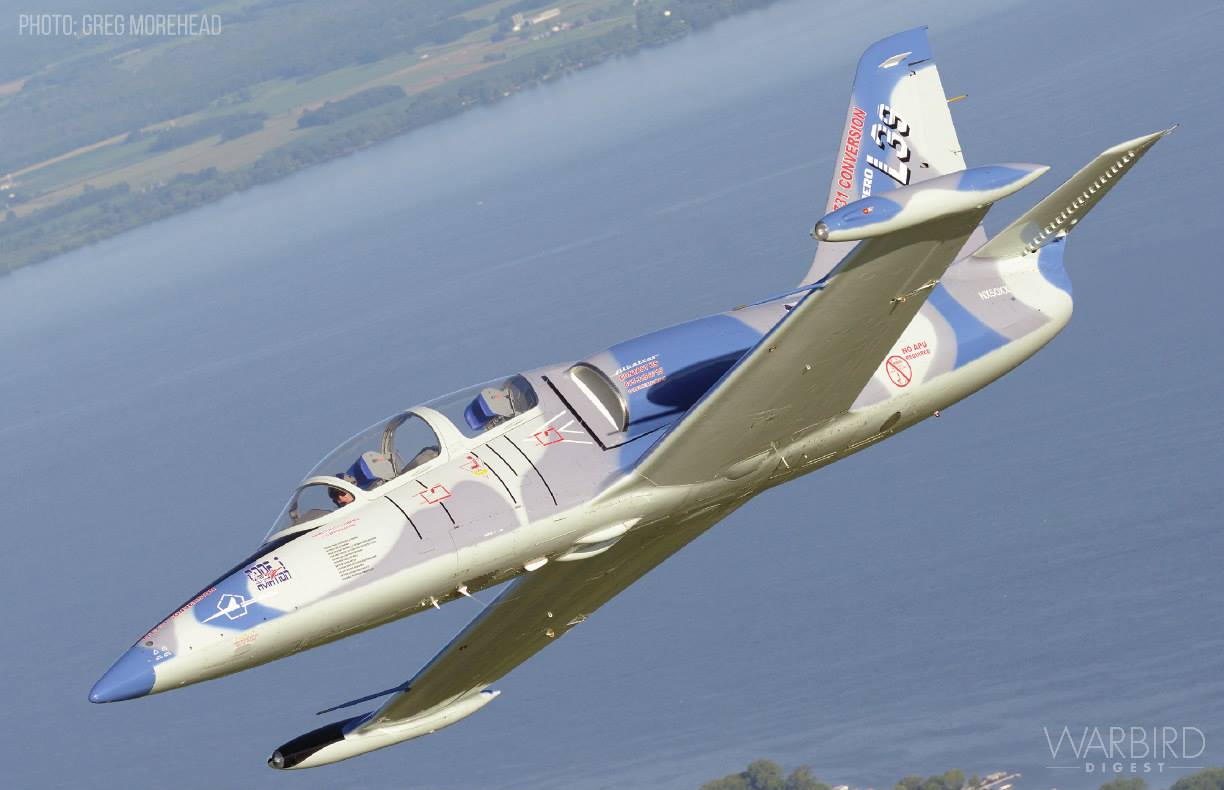