The North American B-25 Mitchell flew for the first time seventy-four years ago today.  The twin-engine Mitchell was one of the most fearsome sights of World War II.  Bombing from high above, the B-25 also attacked with speed and surprise down on the deck, strafing targets with its lethal nose guns.  In addition to being used as a medium bomber, the Mitchell also served as a submarine patrol and photo-reconnaissance aircraft.  Hydraulically-operated tricycle landing gear was a modern feature of the B-25 and 3,000 pounds of ordnance could be stored in two vertical bomb bays.  Employed in every theater of World War II, the Mitchell’s most famous single mission was the Doolittle Raid over Tokyo on April 18, 1942.  During the daring raid, Lieutenant Colonel James “Jimmy” Doolittle led sixteen B-25s from the aircraft carrier USS Hornet on the first strike against the Japanese mainland.

Here is a photo of the Yankee Air Museum’s B-25D Mitchell “Yankee Warrior” at the 2012 Gathering of Eagles XVI Air Show. 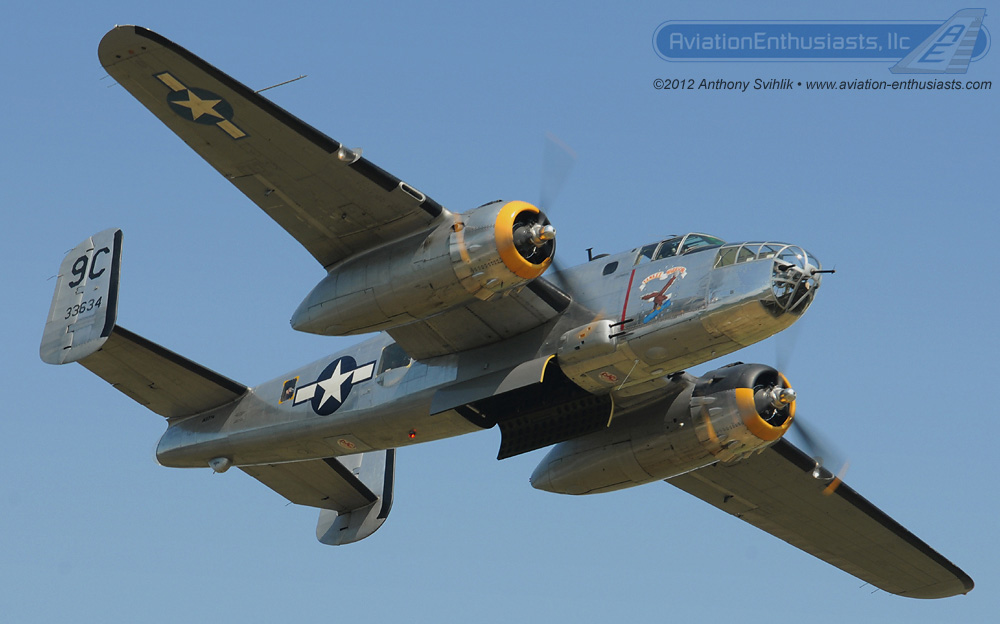