The North American Aviation P-51 Mustang flew for the first time 74 years ago today.  One of the truly great fighters of World War II, the P-51 was designed from a British requirement which stipulated the construction of a prototype aircraft within 120 days, use of an inline engine and an unit cost of no more than $40,000.  The Mustang fought superbly in all theaters as a fighter, fighter-bomber and reconnaissance platform.  With underwing external fuel tanks, the P-51 possessed the range to escort bombers all the way to Berlin.  Over 15,000 Mustangs were manufactured and 281 Mustang pilots qualified as “Aces,” with Lieutenant Urban Drew managing the astonishing feat of downing two Messerschmitt Me 262 jet aircraft!  Many Mustangs were converted for civilian use and modified for air racing.

Here is a photo of Jimmy Leeward flying “Old Crow” during the 2010 Thunder Over Michigan Air Show.  Blue Skies, Jimmy. 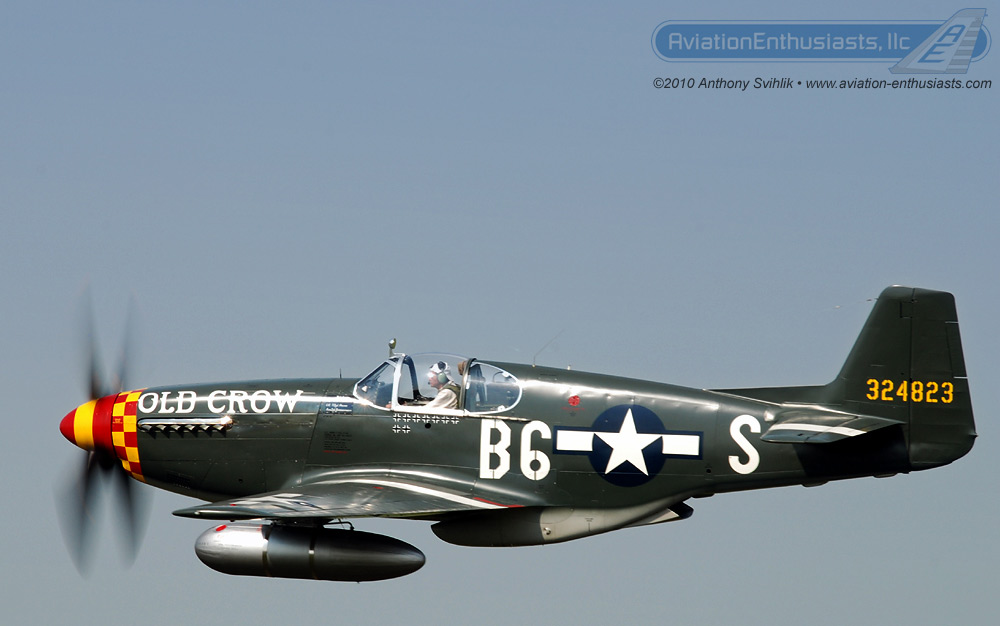