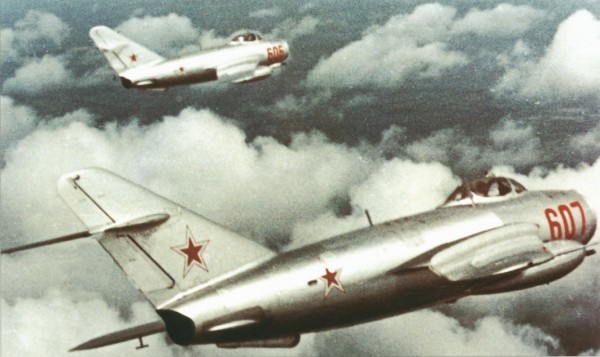 The Mikoyan-Gurevich MiG-17 Fresco flew for the first time sixty-four years ago today.  Designed as a successor to the MiG-15, the MiG-17 was to be one of the most widely exported of all Soviet military aircraft.  Developed to improve on the MiG-15’s handling, the Fresco featured a thinner, more swept wing, longer fuselage and bigger tail.  Used as a single-seat interceptor and ground attack aircraft, the MiG-17 first saw combat in 1958 over the Straits of Taiwan and was used extensively in the Vietnam War.

A number of U.S. federal agencies undertook a program at Groom Lake to evaluate the MiG-17 to help fight the Vietnam War, as the kill ratio against North Vietnamese MiG-17s and MiG-21s was only 2:1. The program was code-named HAVE DRILL, involving trials of two ex-Syrian MiG-17F Frescos over the skies of Groom Lake.These aircraft were given USAF designations and fake serial numbers so that they may be identified in DOD standard flight logs.

In addition to tracking the dog fights staged between the various MiG models against virtually every fighter in U.S. service, and against SAC’s B-52 Stratofortress and B-58 Hustlers to test the ability of the bombers’ countermeasures systems. They also performed radar cross-section and propulsion tests that contributed greatly to improvements in U.S. aerial performance in Vietnam.

According to the Federal Aviation Authority there are 27 privately owned MiG-17s in the U.S. (Sources Michel III and FAA)

Here is a photo of Randy Ball’s MiG-17F at the 2012 Wings Over Whiteman Air Show. This particular MiG-17F entered service with the Soviet bloc in March of 1960 and was in active service until May of 1990! 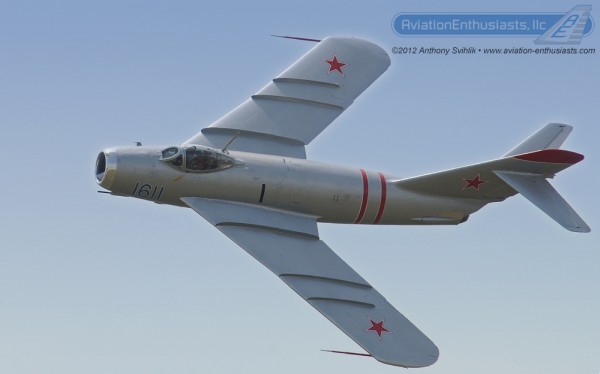 Be sure to visit  www.aviation-enthusiasts.com for more aviation and air show memories!