Seventy years ago today, the Grumman F8F Bearcat took flight for the first time.  The last of the great piston-engine Grummans, the F8F was one of the best piston fighters ever flown.  A single-seat carrier-based fighter-bomber, the Bearcat was faster than the F6F Hellcat and the smallest fighter Grumman could design around the Pratt & Whitney R-2800 Double Wasp engine.  Entering service in 1945, the F8F never served in combat with the Navy.  The Bearcat saw action with the French Air Force as a fighter-bomber during the First Indochina War.  F8Fs also flew with the Royal Thai Air Force.  The massive piston engine made the Bearcat a formidable air racer and a F8F won the inaugural Reno Air Race in 1964.  A highly-modified Bearcat called “Rare Bear” set several performance records and dominated the air races for years.  The F8F was also used by the Blue Angels flight team from August 1946 to July 1949.

Here is a photo of an F8F-2 Bearcat used by the Horsemen Aerobatic Team at the 2010 Naval Air Station Oceana Air Show. 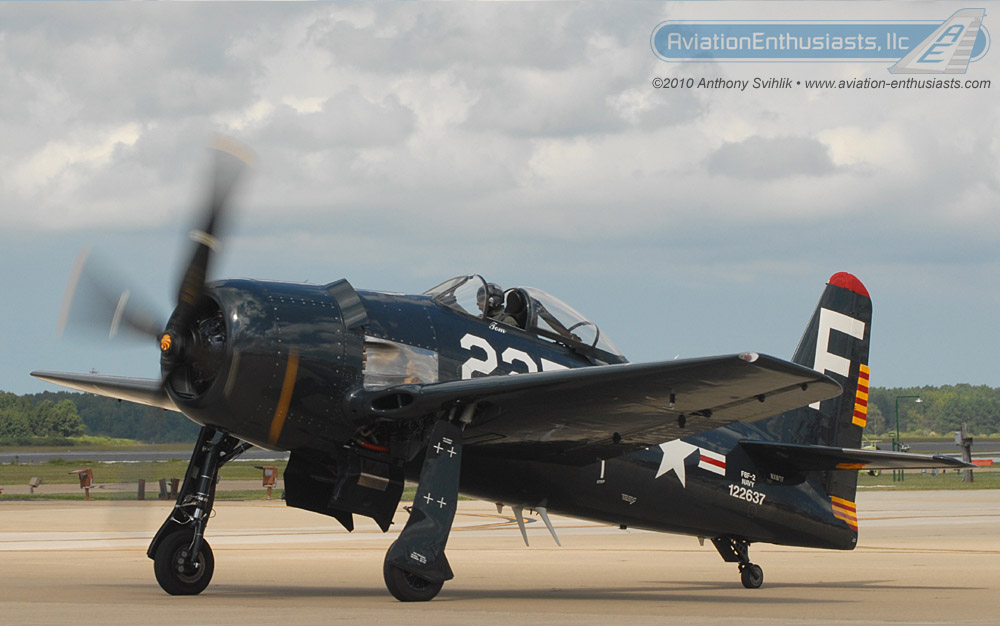 Be sure to visit the  full website at www.aviation-enthusiasts.com for more aviation and air show memories!