The Consolidated B-24 Liberator flew for the first time 75 years ago today. Newer, more efficient and more versatile than the B-17 Flying Fortress, more Liberators were built than any other military aircraft in American history. In addition to being used as a heavy bomber, the B-24 also served as a long-range maritime patrol and transport aircraft. Tricycle landing gear was a modern feature of the Liberator and the deep fuselage was designed so the 4-ton bomb-load could be stored vertically. Extensively used in the Pacific, Mediterranean, European and and China-Burma-India theaters, the Liberator’s most famous single mission was a daylight raid against the Romanian oilfields at Ploesti on August 1, 1943. Winston Churchill used a modified B-24 as his personal transport.

Here is a photo of the Collings Foundation’s B-24J Liberator “Witchcraft” at the 2010 Thunder Over Michigan Air Show. 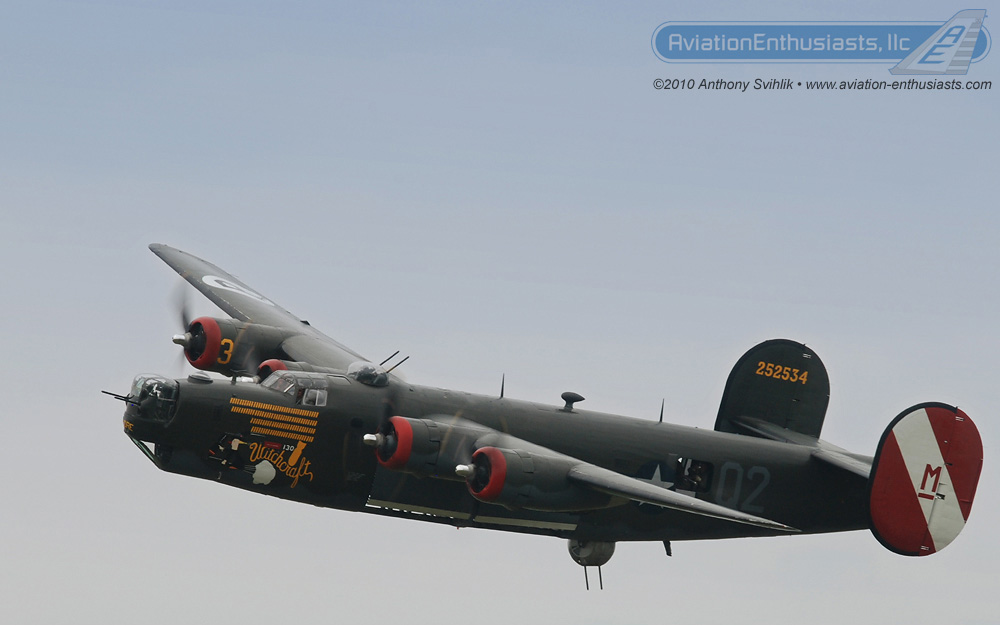 Be sure to visit the full website at www.aviation-enthusiasts.com for more aviation and air show memories!