Seventy-seven years ago today, the Beech Model 18 took flight for the first time.  Manufactured until 1970, the “Twin Beech” was in production longer than any similar platform.  The aircraft established itself as a rugged light transport and many military and civilian models were designed.  With over 9,000 Model 18s being built, several remain in service with small airlines worldwide.  In the late 1940s, it was the world’s most popular business aircraft and a Twin Beech owned by Time magazine flew more than half a million miles on assignments!  Multiple military services pressed the Beech 18 into service during the war years for light transport work, photo reconnaissance and navigation, bombing and gunnery training. 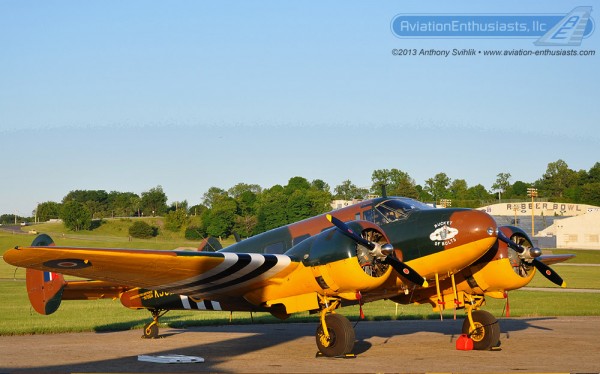 Visit our full website at www.aviation-enthusiasts.com for more aviation and air show memories!