The Aero Vodochody L-29 Delfín flew for the first time fifty-five years ago today. Czechoslovakia’s reputation for building fine aircraft was fully justified by the L-29 Delfín. Keeping up a tradition of excellent Czech trainers, the L-29 is widely recognized as being one of the finest. The straight wing gave the Delfín very stable handling and Aero Vodochody built over 3,600 examples between 1963 and 1974. The L-29 formed the mainstay of the Warsaw Pact training fleet and the Soviet Union alone took delivery of more than 2,000 Delfíns. The L-29 proved cheap and easy to use, and was capable of operating from grass fields. Underwing pylons could carry small rockets, guns, or light bombs for armament practice training. The Delfín became popular among the private warbird community due to its low operational cost and high reliability.

One of the most iconic L-29s flying in the United States is ‘Raju Grace”.AirRace21 is Deane Barker’s and Raju Grace Mann’s Reno Air Race Team.Their L-29 Jet, named Raju Grace in honor of Deane’s sweetheart Raju Mann and was custom built for racing in September 2010 at the National Championship Air Races. For more information visit airrace21.com. 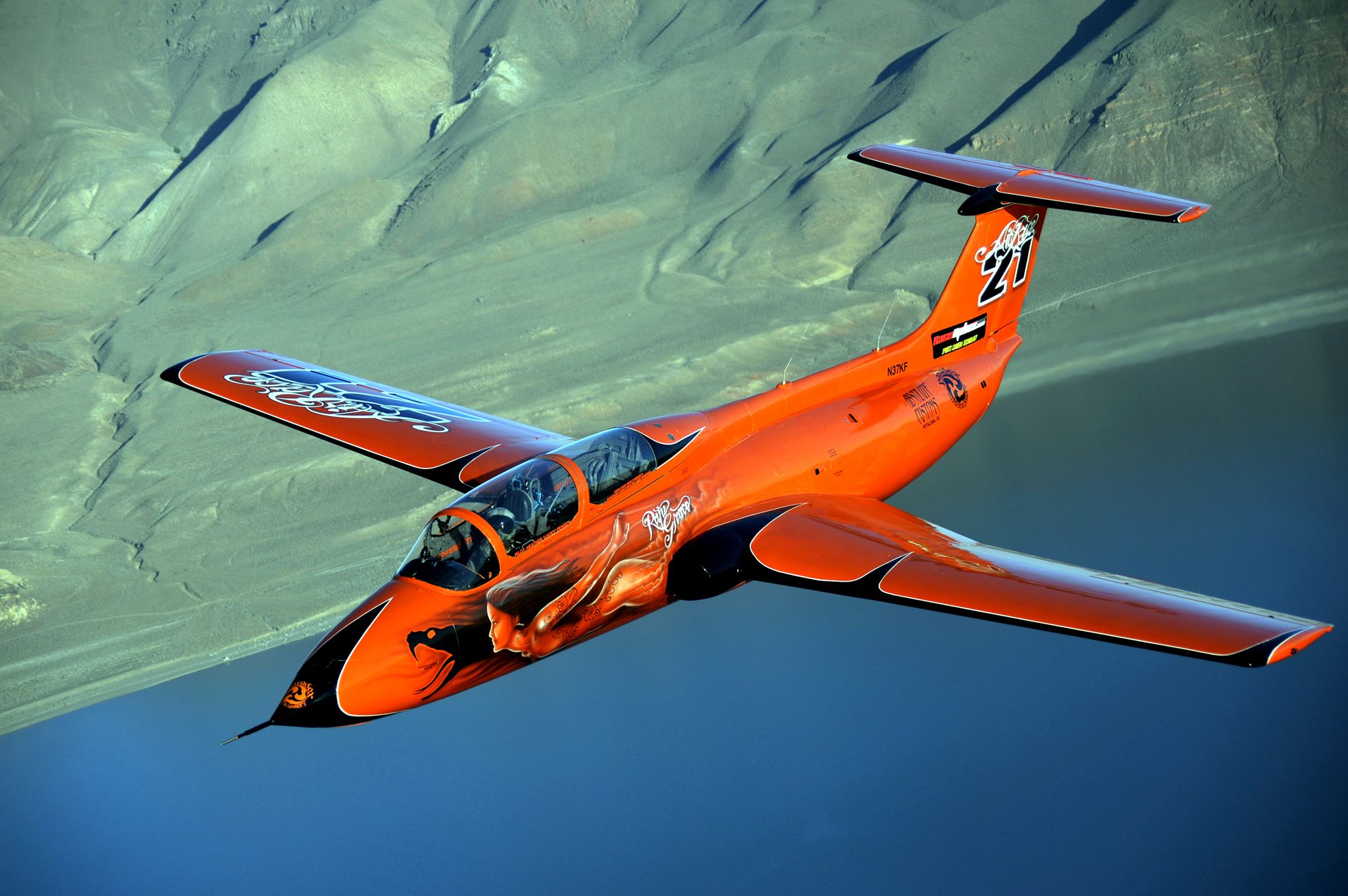