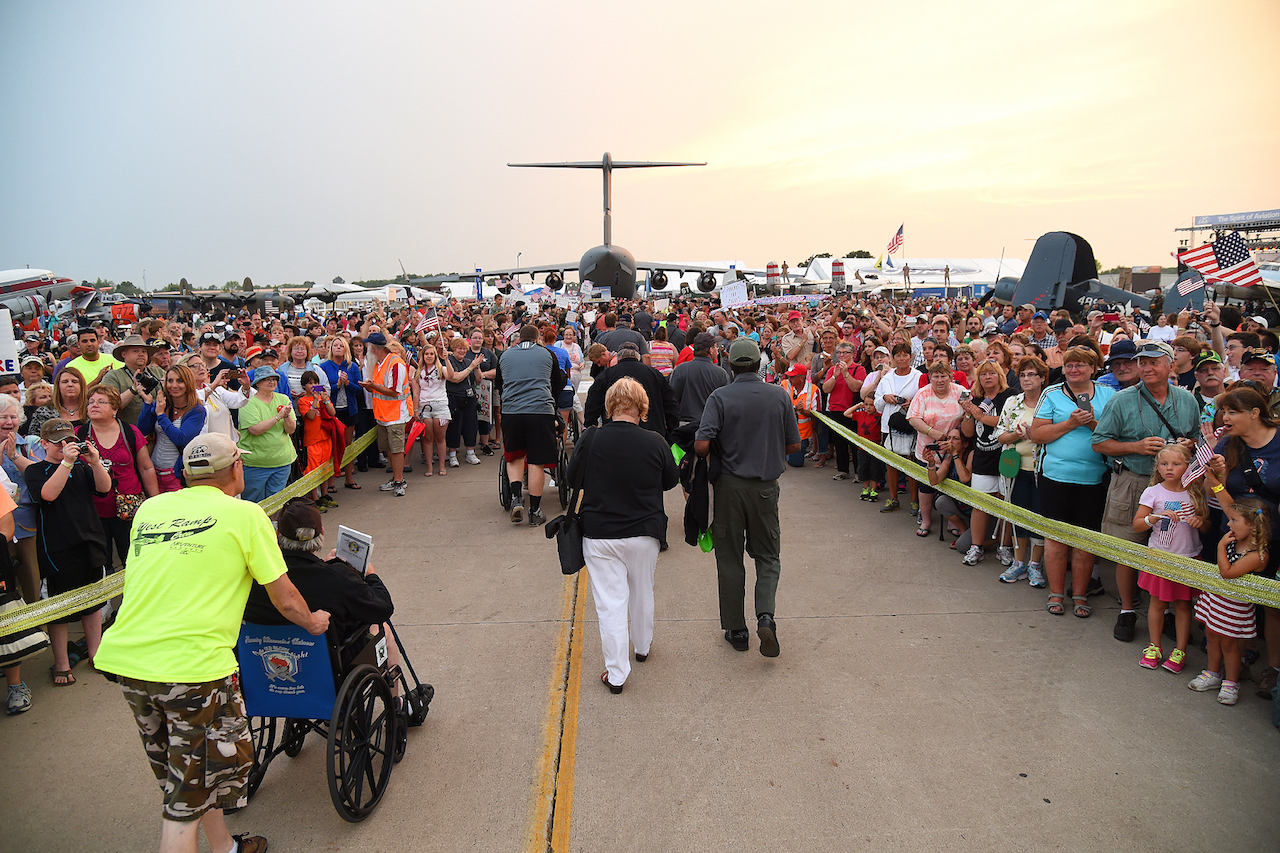 PRESS RELEASE – EAA AirVenture has a strong tradition of honoring America’s veterans, and this year is no exception. Old Glory Honor Flight, partnered with EAA and American Airlines, is bringing Yellow Ribbon Honor Flight IV to EAA AirVenture Oshkosh 2016. This flight will take place on Friday, July 29. Yellow Ribbon Honor Flight is coming back for the fourth time to EAA AirVenture and is dedicated to recognizing Vietnam veterans and the sacrifices they made to serve our country. Old Glory Honor Flight believes, “It’s never too late to say thank you.” The veterans will fly to Washington, D.C. to tour war memorials at no cost to them. EAA will hold a welcome ceremony upon the return of the flight, which is part of the day’s Salute to Veterans. There will be music sponsored by DAV and EAA Warbirds of America. Earlier on Friday there will be the annual Parade of Veterans where all veterans in attendance are invited to assemble and walk with their respective branches of service.

Applications will be accepted June 1 through June 30, online only. Interested veterans may go to www.oldgloryhonorflight.org to apply. About 100 applications will be randomly chosen. Those not selected will be added to Old Glory Honor Flight’s regular waiting list for upcoming flights.