For the past forty-some years, it is doubtful that anyone with even the vaguest interest in vintage military aircraft could fail to have seen or been moved by the work of the legendary aerial photographer, Philip Makanna. His images have appeared in countless magazines and books, but Makanna is perhaps most well known for his famous line of GHOSTS calendars, which have graced the walls of many a home and aircraft hangar across the world since 1981. Personally speaking, I received my first GHOSTS calendar as a Christmas gift when I was a college student in the mid-80s, and I have owned succeeding editions for almost every year since. Printed on thick, glossy paper, these full-sized calendars are renowned for both their premium quality and, of course, for their magnificent images. In fact they are so good that, unlike with most calendars, people tend to save them beyond their intended period of use – and whom among us hasn’t clipped a favorite image from the binding to frame or pin up somewhere we enjoy spending time (I know I have!). With a keen sense for lighting and composition, Makanna’s images also have a timeless quality to them which captures the spirit of both the machine and the era from which they came. And for 2022, as in recent years, there are two different calendars available – one featuring aircraft from WWII and the other from WWI.

The WWII edition is described below, with details for the WWI version following a little further on… 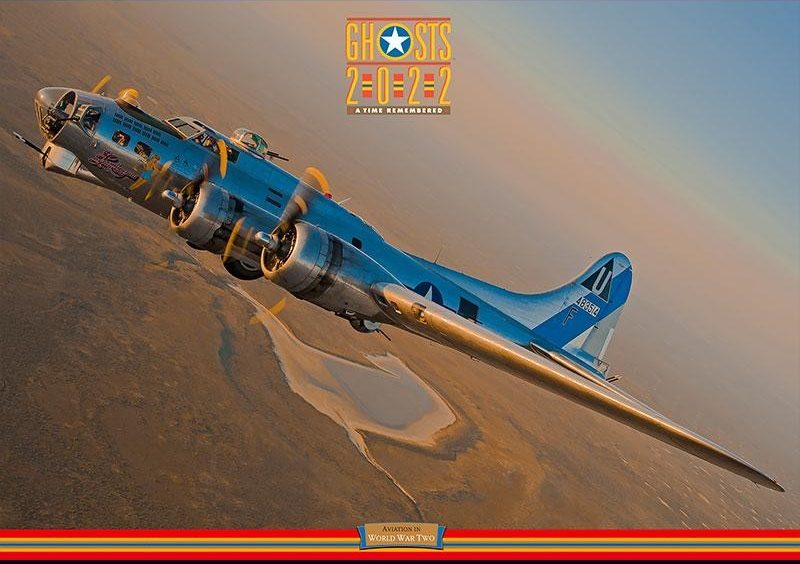 The GHOSTS WWII Calendar is the 42nd edition of this, the Ultimate Aviation Calendar, and features the following…

The WWI Edition is described below…

The cover page for the WWI-themed GHOSTS calendar feature’s a magnificent and authentic recreation of a Royal Aircraft Factory SE.5a, a legendary British biplane fighter from the latter stages of the Great War.

And for those who wish to have something a little weightier, Phil Makanna also has some truly spectacular hard-cover books featuring many of his images too. As with his calendars, these books are beautifully designed and of the highest quality. Makanna has such lyrical prose as well, placing you in the scene almost as effectively as his images. We featured a write up of his most recent effort last November, but there are other wonderful books available too… be sure to check them out HERE!