The North American Aviation FJ-2 Fury flew for the first time sixty-two years ago today.  The FJ-2 and FJ-3 Fury aircraft were navalized versions of the F-86 Sabre with the primary differences between the FJ-2 and the -3 being the powerplants.  A single-seat carrier-based fighter, the swept-wing Fury became one of the Navy’s first fighters to carry missiles and served widely in the 1950s.  All 200 FJ-2s were delivered to Marine Corps fighter units from January 1954, with the FJ-3 going to the Navy beginning in 1955.

Although sharing a U.S. Navy designation with its distant predecessor, the straight-winged North American FJ-1 Fury, the FJ-2/-3 were completely different aircraft. The FJ-4 Fury was a complete structural redesign of the FJ-3. 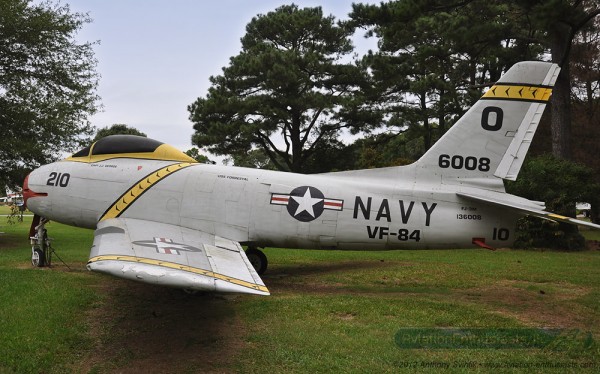 Back in August Warbirds news has published an article by Jake Peterson who shot a rare North American FJ-4B Fury, BuNo 143575 at the EAA Airventure in Oshkosh, Wisconsin. Click HERE to read the article.