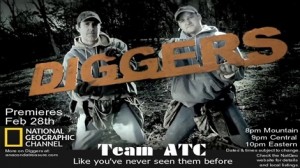 The Freeman Field Recovery Team will begin filming with the producers of National Geographic’s Diggers. The episode is scheduled to be filmed for mid-November and should air in February 2014. The Diggers team will assist Freeman Field Recovery Team s in detecting and recovering deeper objects in the vicinity of the parts-pit. Blood Hound Underground and Foster Brothers Excavating will continue their masterful work at the site.

The Freeman Field Recovery Team was formed in the Summer of 2009 with the purpose of researching , locating, recovering, and preserving aircraft and equipment that was buried there in 1946-47 just prior to the closing of the Seymour, Indiana base. The items buried there are incredibly rare, and represent the cutting edge of aviation technology in the mid-1940’s. Many of the aircraft that were reportedly buried in the bulldozed pits are only the second examples of one-of-a-kind fighters that are on display at various locations in the United States. 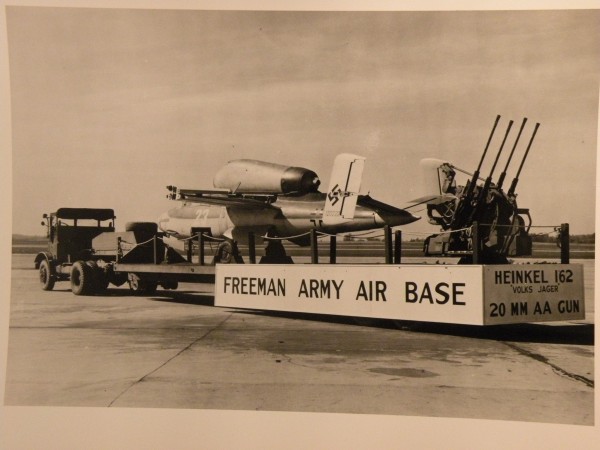 Hobbyist metal detectorists “King George” Wyant and his buddy Tim “The Ringmaster” Saylor travel the country looking for lost relics of history. Their enthusiasm is contagious, their humor quirky, and their vocabulary… one of a kind. “KG” and “Ringy” are kids at heart, driven not by money, but the thrill of not knowing what their next dig will unearth. They understand that every item has a story to tell, and Diggers brings history to life through graphics and historical context. They are invited by landowners, historians and archaeologists to go on a quest, and in their own way, a crusade, to unearth history that would have otherwise been forgotten.