There is finally a little light at the end of the tunnel now, as we all begin to emerge from the surreal events of the past year.
Since March 2020, alongside many other industries, the world of vintage aviation has endured ravaging revenue losses, ranging from cancelled air shows to the shuttering of museums. Happier days appear to be ahead, thankfully, so what better way to celebrate than with a collection of colorful aircraft in flight over the sunny hill country in the Texas heartland. 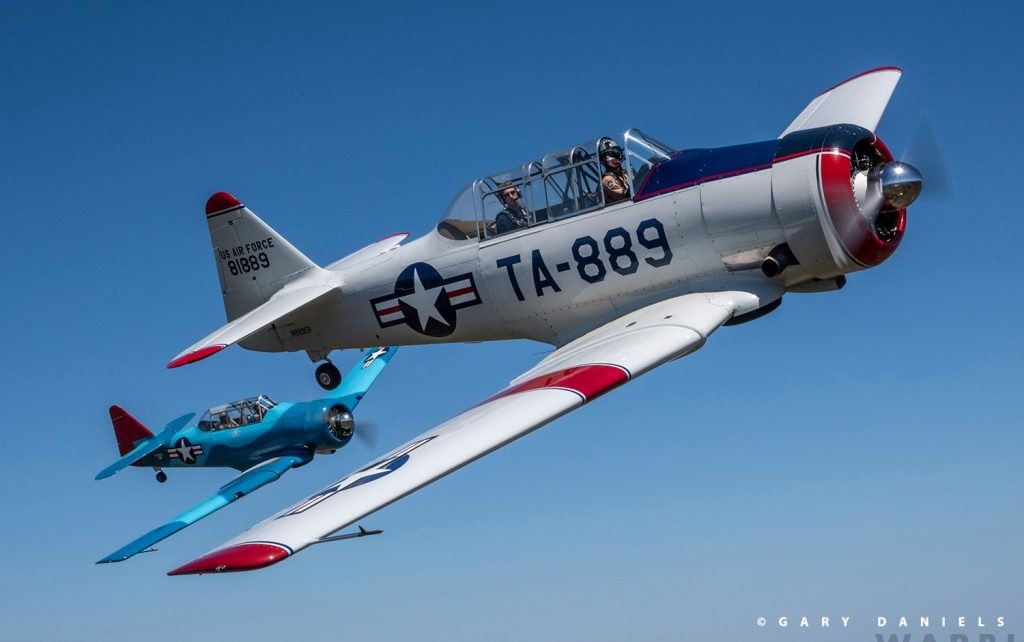 After its cancellation in April 2020, the 12th Annual Fredericksburg Invitational Texan Roundup finally took place in Fredericksburg, Texas between April 23-25, 2021. Nearly twenty vintage T-6 Texan variants flew in, from all points on the compass, arriving at Gillespie County Airport (T82) to spend the weekend sharpening their formation flying skills, talking airplanes, and enjoying great food with good friends at this perfect aviation venue. It was a great time, with everyone looking forwards to a brighter future.
Many of you may know the history of the aircraft pictured here, but for those who may not…here’s the scoop.
The aircraft shown are all developments of the North American Aviation (NAA) NA-16, the remarkable trainer which, following refinement, emerged into the most significant piston-engined advanced-training aircraft of the 20th century, with the most prolific variants being the U.S. Army Air Force’s AT-6 Texan, the U.S. Navy’s SNJ, and the British Commonwealth’s Harvard. Although more than 15,000 of these aircraft were built from the 1930’s through the early 1950’s, many of those pictured in the photos accompanying this article were built during the early-to-late 1940’s. More than 13,000 of the breed were built at NAA’s massive plant in Grand Prairie, Texas.
These aircraft were used as advanced trainers, and taught tens of thousands of young Allied aviators during WWII. The AT-6/SNJ/Harvard is powered by a 600hp radial engine and introduced cadets to a more powerful and advanced aircraft so they could gain the skills needed to move up to the front-line combat aircraft of the day. Instructors sat in the rear, while students flew from the front cockpit seat. The aircraft were typically colored brightly for high visibility in the crowded skies around a training establishment. 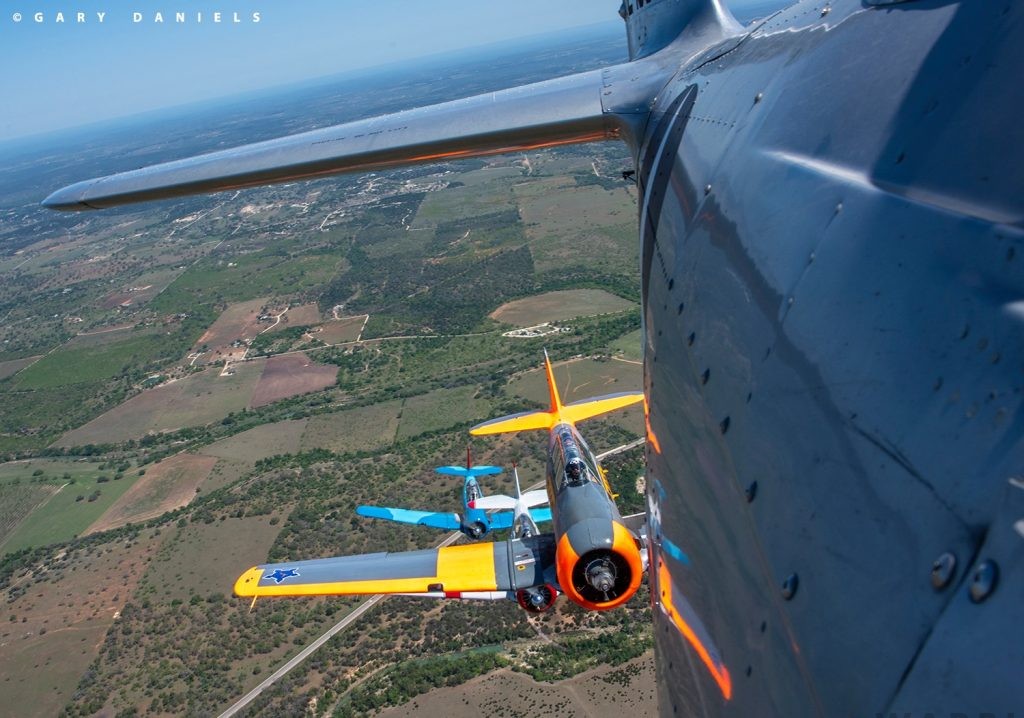 The majority of Texans remained stateside during the war, used as trainers, with only a small number sent overseas to combat theaters, so many of them survived WWII. After the war, the air arms of many nations used Texans and Harvards in various roles  for many decades more. Although relatively few still exist, they are perhaps the most abundant WWII warbird extant, with an estimated 500 Texans still flying worldwide.
Texas has a vibrant AT-6/SNJ/Harvard community, but these aircraft are approaching 80 years old now and expensive to own, maintain, and operate. They are historical aviation treasures and keeping them flying honors WWII history and all those who served, in uniform or at home, during those hard years. But a T-6 on static display in a museum is not nearly as exciting as witnessing a formation of Texans roar by overhead and hearing that characteristic snarl of their propellers keeping history alive!

Many thanks to Gary Daniels for providing this article and photographs. We hope you enjoy them too!