Once again, EAA AirVenture Oshkosh 2021 proved to be the world’s greatest aviation event. Better known simply as “Oshkosh” to those who love aviation, the event in Oshkosh, Wisconsin showcases many incredible aircraft for one week each summer to the several hundred thousand enthusiasts who fly in from across the globe to witness or participate in the spectacle.

And “Oshkosh” is now in the books for 2021. As ever, it proved highly successful, with another record attendance. The Experimental Aircraft Association’s CEO and Chairman, Jack Pelton, had the following to say in a formal press release celebrating this year’s accomplishments. “This was perhaps the most challenging set of circumstances we’ve ever faced as an organization to make the event happen. I could not be more proud of our volunteers, staff, and participants for the way they came together to exceed our expectations and make AirVenture 2021 a truly memorable experience. We went into this year not knowing what AirVenture would look like and how big of an event was possible. The aviation community spoke loudly, though – it was ready to come to Oshkosh and we were happy that we could welcome them. Our theme was ‘The Wait is Over,’ and indeed it was. And the wait was worth it. There was joy and excitement throughout the grounds and it set the stage for the return of AirVenture, making us very excited for the future.” 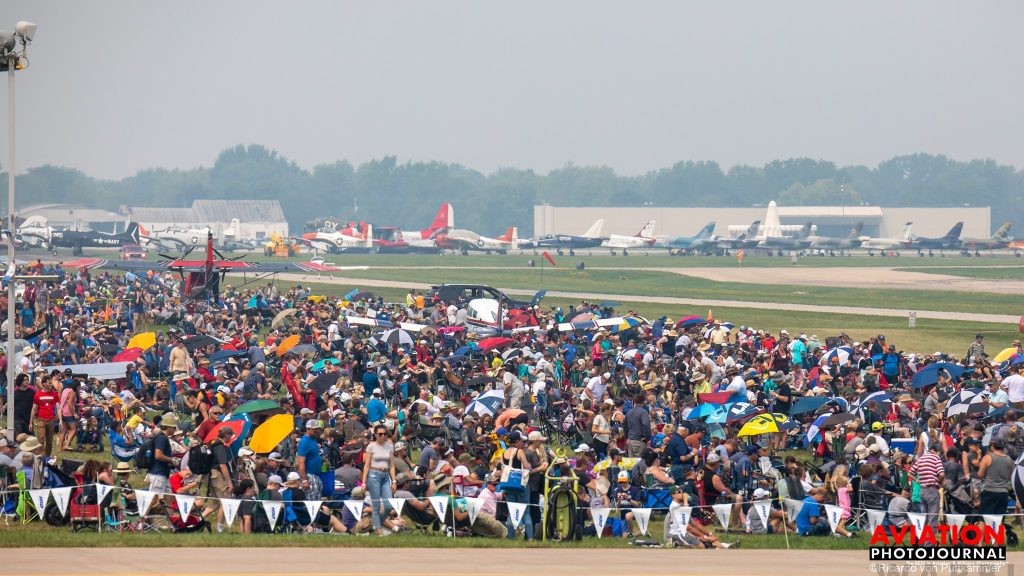 Total aircraft: More than 10,000 aircraft arrived at Wittman Regional Airport in Oshkosh and other airports in east-central Wisconsin. At Wittman alone, 16,378 aircraft operations took place in the 10-day period from July 22-31, which is an average of approximately 116 takeoffs/landings per hour when the airport is open.

Camping: More than 12,000 sites in aircraft and drive-in camping accounted for an estimated 40,000 visitors.

Forums, Workshops, and Presentations: A total of 1,055 sessions took place throughout the week.

Social Media, Internet, and Mobile: The EAA’s social media channels reached more than 18.95 million people during AirVenture, with an engagement of 1.08 million; EAA video clips during the event were viewed 3.48 million times.

International guests: Despite travel restrictions that greatly limited the number of attendees from other nations, the EAA still welcomed visitors from 66 countries during the week.

The Gathering shines The EAA Aviation Foundation’s annual event to support its aviation education programs attracted more than 500 people and raised more than $1.7 million dollars which will be focused on EAA’s mission of growing participation in aviation.

Economic impact*: $170 million for the five counties in the Oshkosh region (Winnebago, Outagamie, Fond du Lac, Calumet, and Brown). * – based on a 2017 University of Wisconsin Oshkosh economic impact study

From a warbird perspective, EAA AirVenture 2021 saw the first Oshkosh appearance of the magnificent  Grumman F6F-5 Hellcat belonging to Fagen Fighters WWII Museum. This WWII naval fighter made its first post-restoration flight on January 3, 2021, following a two and a half year restoration with Steve Hinton, Jr. at Fighter Rebuilders in Chino, California. The aircraft won the Grand Champion Warbird Award this year, which was not a surprise to anyone who’d followed the Hellcat’s journey back to flight. Another ‘first appearance’ on the big stage was the Warbird Heritage Foundation’s Goodyear FG-1D Corsair (BuNo. 92050, N194G). Following an eight-year restoration, Mike Schiffer flew the Corsair for the first time on March 9, 2021. The airplane has been finished in an authentic Naval Reserve paint scheme for the former NAS Glenview. Bernie Vasquez brought the Dakota Territory Air Museum‘s recently restored Hawker Hurricane Mk.XII (RCAF 5708). Another first appearance was the OV-10 Squadron’s North American-Rockwell  OV-10 Bronco, which they flew all the way from Chino, California. This aircraft, OV-10A BuNo 155474, was the 164th example off the production line and a veteran of three different wars. In February 1969, it deployed to Vietnam with the Black Ponies of Light Attack Squadron Four (VAL-4), serving there until April 1972 (look for a full feature on ‘474 in a future issue of Warbird Digest Magazine).

As many will know, hundreds of gorgeous, strikingly presented airplanes arrive at EAA AirVenture Oshkosh each and every year hoping to win a Lindy Award. Of course, only a handful can come away with any kind of award, but fewer still earn a Lindy. These awards range across six categories: Homebuilt, Warbird, Vintage, Ultralight, Seaplane, and Rotorcraft. Entrants can only receive consideration for one category in any given year, and are not eligible for the same or any lower-tier awards if they have won previously. While the award judges consider an aircraft’s looks in their deliberations, the quality of craftsmanship on display is a crucial factor as well. Careful construction and/or restoration, as well as tireless maintenance, are essential to winning a Lindy.

Here is the list of the winners in the Warbird category.

So now we turn to next year’s EAA AirVenture Oshkosh. Jack Pelton noted that: “Planning is well underway for next year’s event, including discussions during AirVenture 2021 about possible features and attractions for 2022. We also look forward to welcoming more international visitors next year to return AirVenture to a truly global reunion. In the next few months, we will be finalizing highlights in all areas to make the 69th EAA fly-in convention the World’s Greatest Aviation Celebration.”

Some of the many wonderful people who attended this year’s event!