As many readers will be aware, so many WWII records of day-to-day life are locked away in the archives of a museum or personal collection, and often not easily accessed by the general public. The letters, photographs and memories of those times are an important library of first hand information on what it was like both on the home front and the front lines. However, given the power of the internet, these records need not remain hidden any longer. All it takes is for someone to take the initiative and make the effort to scan and publish those artifacts for all to see. And this is exactly what the Delaware Historical Society has done recently with a collection of letters and photographs belonging to the Minker family, which is now online in celebration with VE Day on May 8th. We will let their press release describe their project further…

Wilmington, DE – The Delaware Historical Society announces the debut of An American Family in World War II: The Minker Family Letters Digital Collection. This collection, which was donated by Sandra O’Connell Minker of Ashburn, Va, presents approximately 650 letters exchanged by the five members of the Minker family of Wilmington, Delaware, from 1943-1945. The Minker family’s captivating and engaging correspondence documents the American World War II experience for both those serving in the military and loved ones holding down the home front. This rich and wonderfully complete collection has significance for researchers and history enthusiasts around the world. It is one of the largest known collections of letters to have survived the war, and most certainly from one family.

On May 8th, 1945, Lee Minker, the young B-17 pilot, wrote home: “It is V-E day at last! You can probably imagine the joy, relief, and thanksgiving felt by us over here. But all realize that our war is only half finished; the peace is yet to be won.” This May 8 marks the 71st anniversary of the end of the war in Europe, the letters in this collection reveal the history of World War II in a way no textbook can.

About the Collection:
In February 1943, eighteen-year-old Ralph L. Minker, Jr., known to family and friends as Lee, left Dickinson College in Carlisle, Pennsylvania to begin his training with the Army Air Corps. Lee, his parents, and two teenaged sisters immediately began corresponding and continued until Lee returned from service in August 1945.

Each member of the family wrote detailed letters that gave a glimpse of what life was like from their perspective-either back at home or from the front. Lee’s letters described his training as a B-17 pilot, which included learning to fly the Piper Cub, Stearman, Vultee BT-17, and Cessna AT-17 before his assignment to the B-17. He flew 37 bombing missions to Germany with the 8th Air Force from Rattlesden AAF Base in Suffolk, England. Letters from home in Wilmington offered hometown news, encouragement, and guidance from his parents or jokes and lighter news from his teenaged sisters. Taken together, the correspondence provides researchers an unusually complete picture of one family’s experience during World War II.

See the following four images as an example of a letter you can read… this one is from Ralph Minker describing his life while training at Roswell Army Air Field in New Mexico. 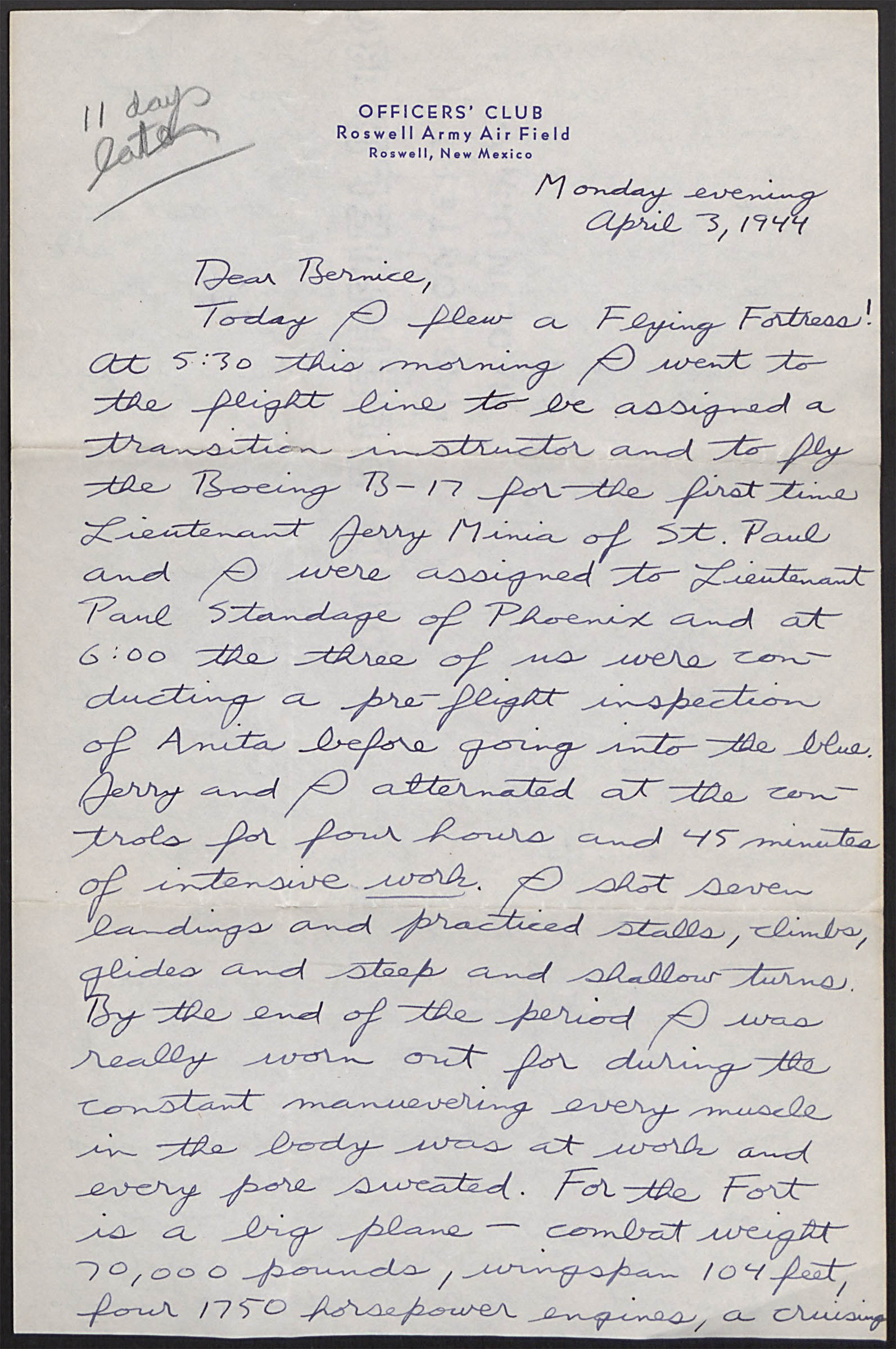 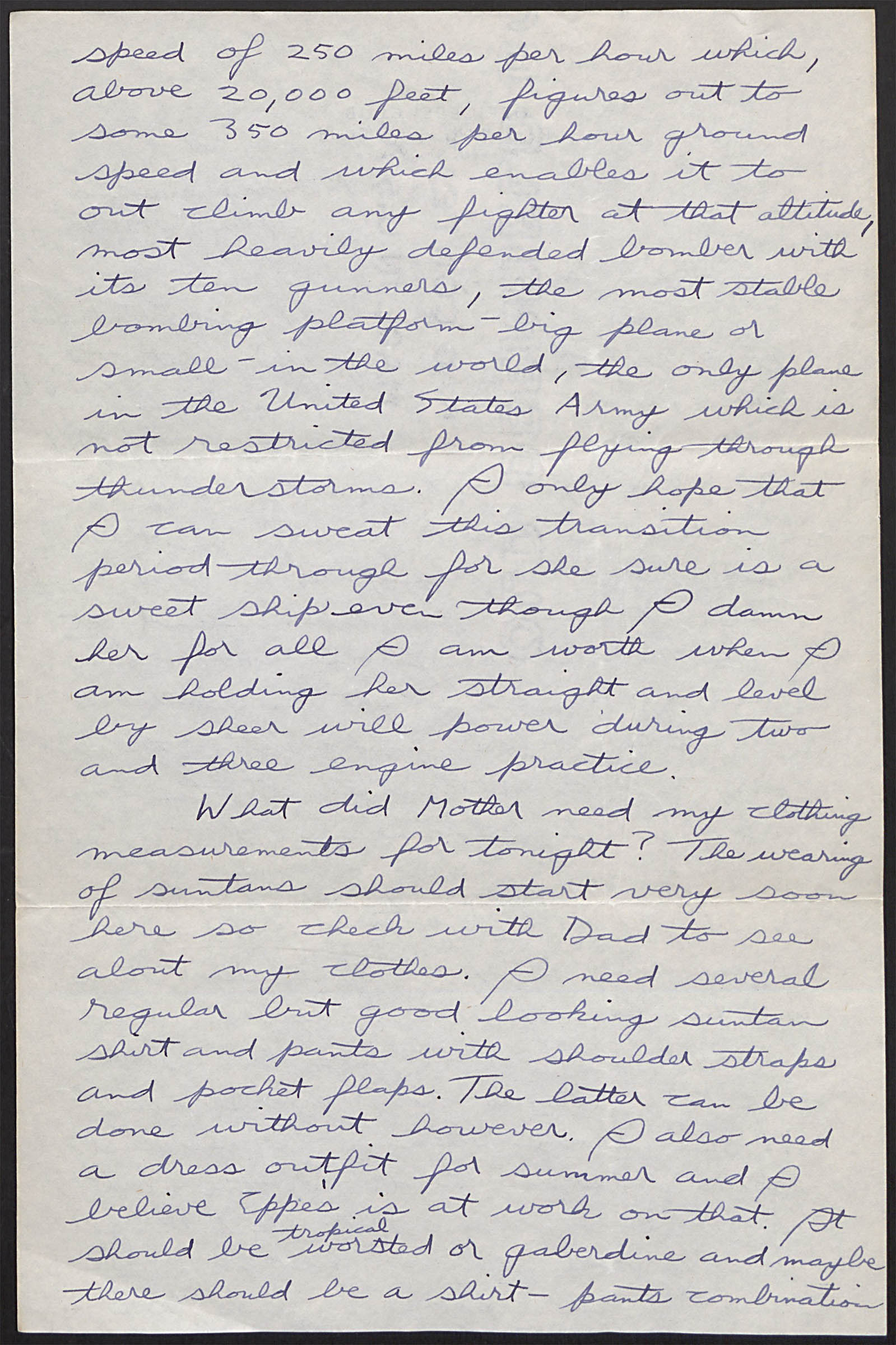 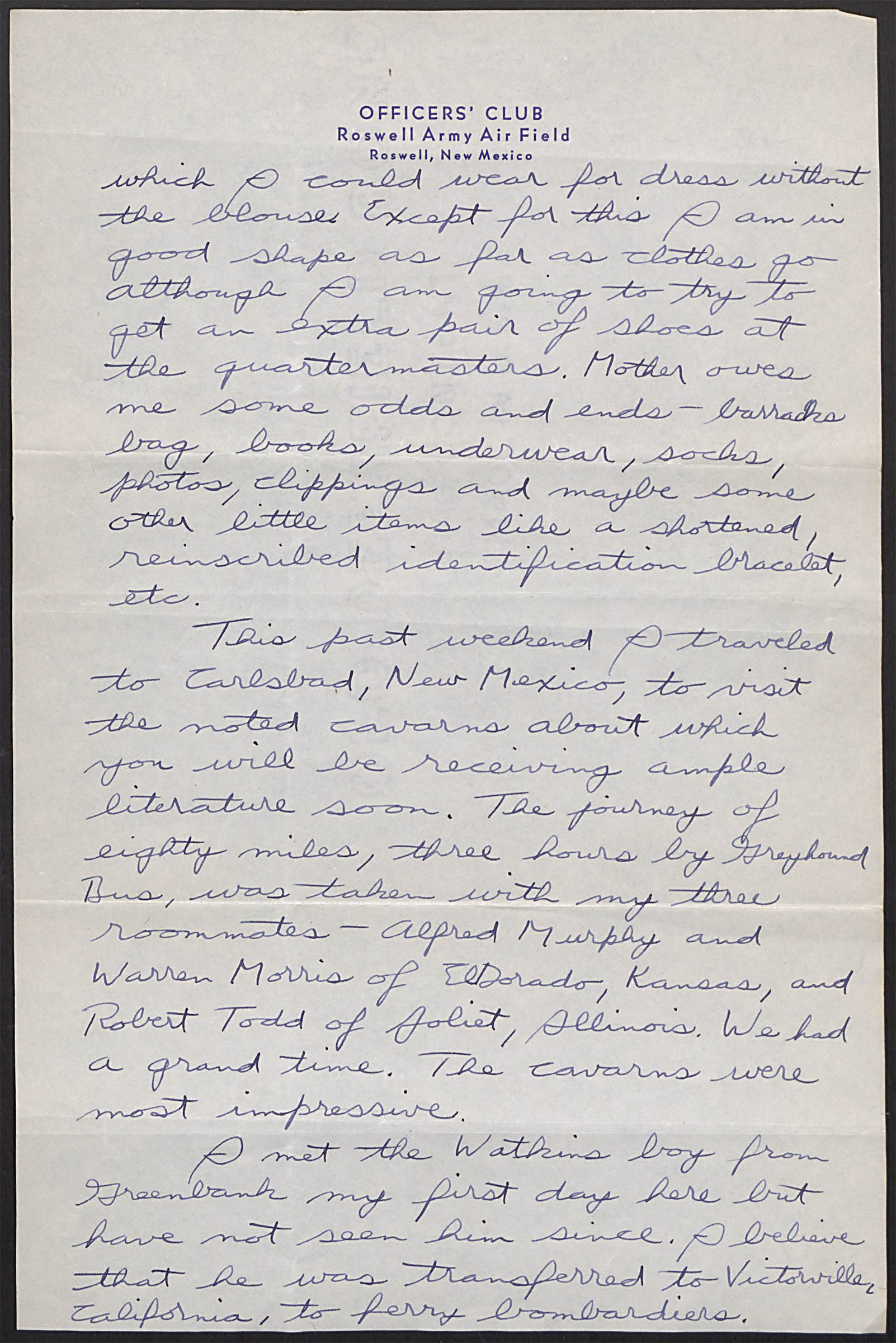 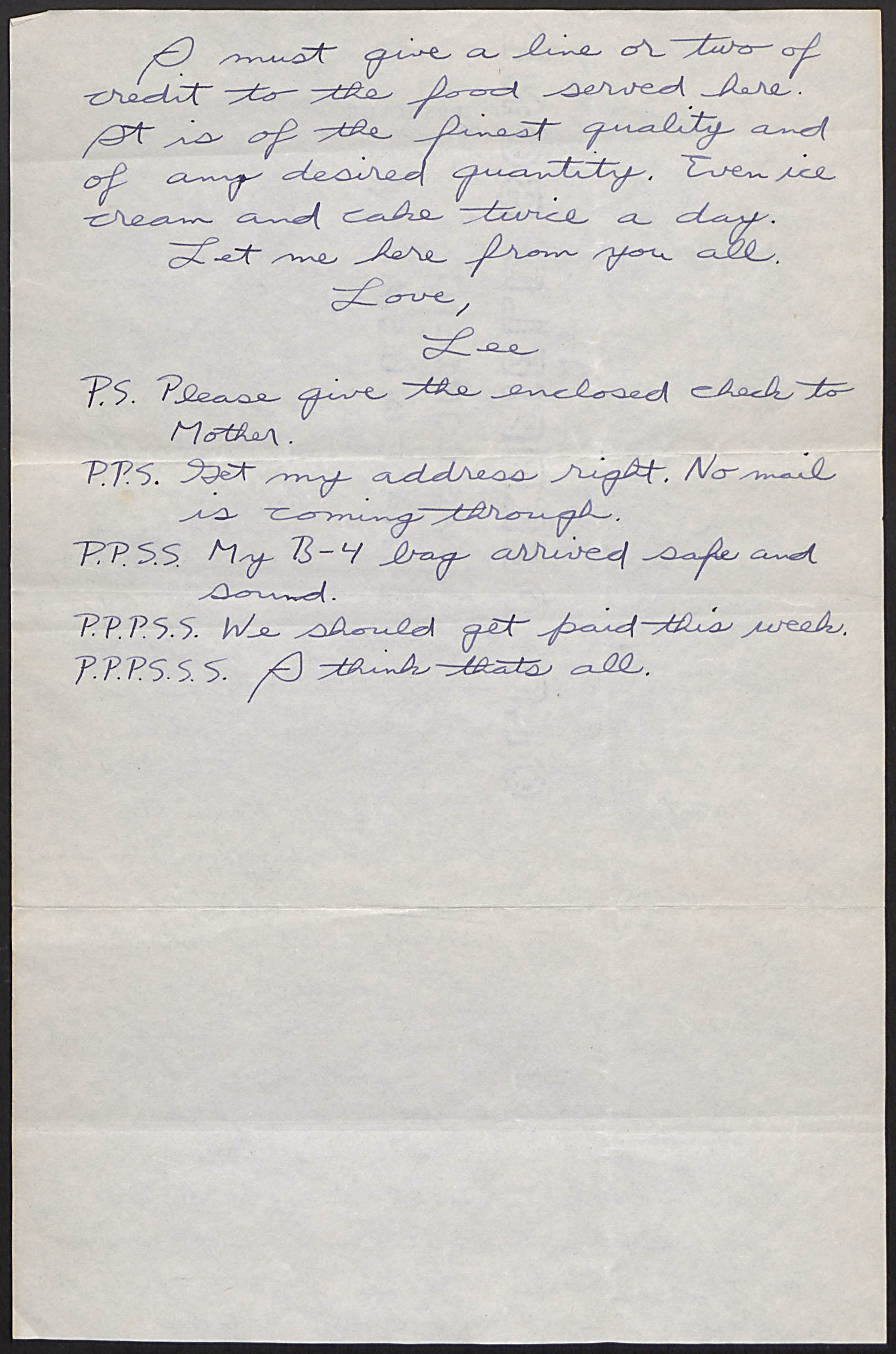 The core of this digital collection is comprised of approximately 650 letters grouped by writer and arranged chronologically. Also included is a detailed scrapbook of photos and memorabilia that Ralph L. Minker, Jr. carefully arranged in chronological order during 1946. The collection is available HERE. [Ed. Check out the scrap book, it’s fascinating!]

In addition to this digital archive, the collection may be viewed at the Delaware Historical Society Research Library.

Digitization was made possible by financial support from Sandra O’Connell Minker, wife of Lee Minker, and sister-in-law, Sharron E. Juliano. Mrs. Minker also spent many hours assisting in preparing documents for digitization. The project was also supported by the Archive Library and History Department of Dickinson College.

About the Delaware Historical Society:

The Delaware Historical Society owns and operates the Delaware History Museum; a nationally recognized Research Library; Old Town Hall; Willingtown Square, four 18th-century houses surrounding a picturesque urban courtyard located in Wilmington; as well as the Read House & Gardens located in historic New Castle, recognized as an “American Treasure” by the National Trust for Historic Preservation and the National Park Service; and the Center for African American Heritage, which will be included as part of the expansion of the Delaware History Museum, expected to reopen in September 2016.

For more information about obtaining a digital reproduction and/or permission to use a digital image from the DHS collection, please contact Leigh Rifenburg, Curator of Images, at lrifenburg@dehistory.org.