PRESS RELEASE – The D-Day Squadron flew in the official 75th commemoration of the Invasion of Normandy. This event was attended by the President of the United States, Donald J. Trump and the President of France, Emmanuel Macron, and featured 60 surviving veterans, many of which took part in the largest seaborne invasion in history.

“One of our primary goal of our efforts was to honor the veterans of the Greatest Generation that sacrificed so much so that we could enjoy the freedoms we have today,” stated Moreno Aguiari, Director of Marketing and Public Relations for the D-Day Squadron. “It is our sincere hope that this flight was a fitting tribute to those that fought and died 75 years ago, and that those precious few that are still alive today looked to the skies and felt that everyone that who took part in one of the most pivotal moments in our history were properly honored.” 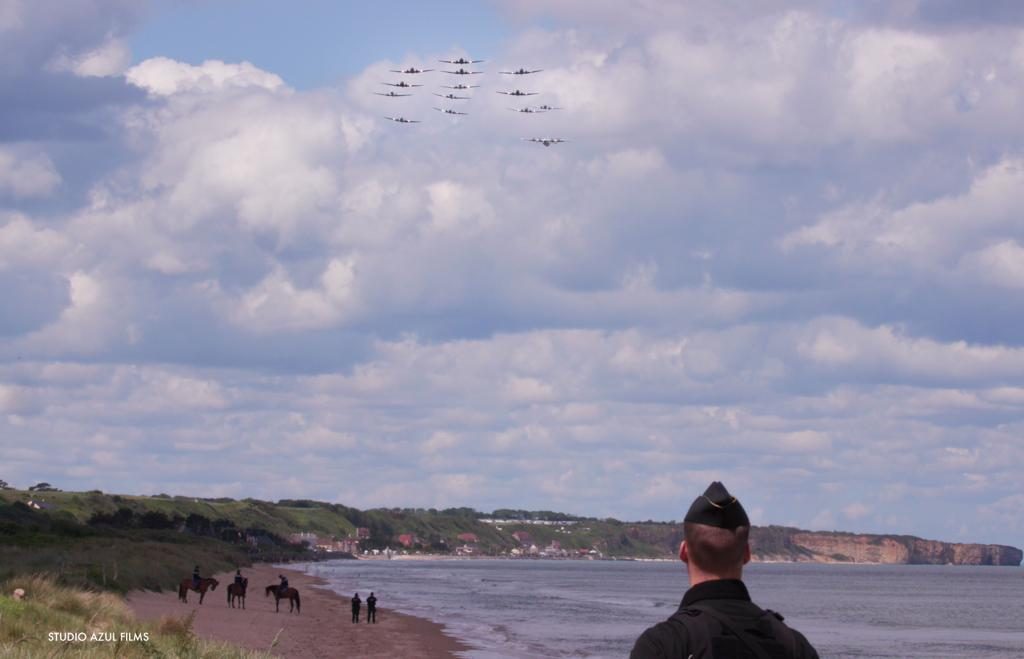 This event is one of the capstones of an effort that was almost 2 years in the making. Fifteen C-47 and DC-3 aircraft crossed the Atlantic to take part in the 75th anniversary of the D-Day invasion. The aircraft flew the original “Blue Spruce” route, departing from Oxford, Connecticut (KOXC); stopping to refuel in Goose Bay Airport (CYYR) in Newfoundland, Canada, Narsarsuaq Airport (BGBW) in southern Greenland, Reykjavik Airport (BIRK) in Iceland and refueling a final time at Prestwick Airport (EPIK) on the Western coast of Scotland before they made the final leg to Duxford Airfield (EGSU) north of London.

The aircraft then flew in formation on June 5th, 2019, dropping paratroopers in many of the same locations where they landed on the night on June 5th, 1944, followed by the overflight of the official D-Day commemoration ceremony on June 6th, 2019. The D-Day Squadron will be leaving Normandy shortly to attend the 70th anniversary of the Berlin Airlift. Be sure to keep up with the latest news and events as the D-Day Squadron continues on the next leg of its historic journey. 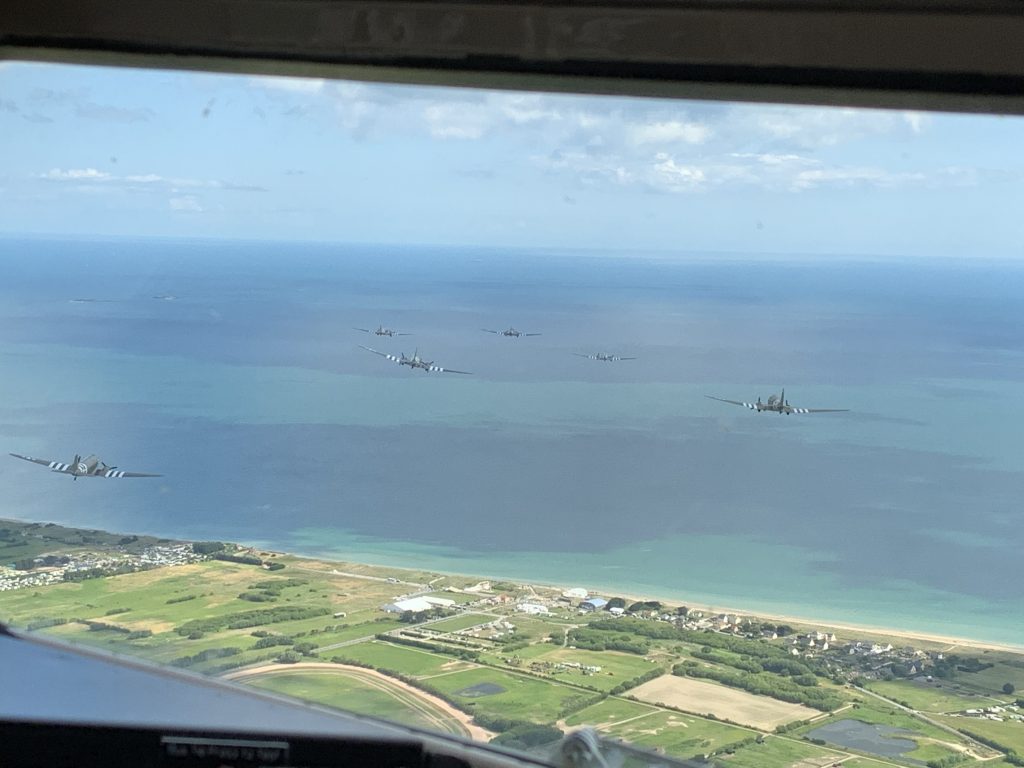