“Having led the DC-3’s journey to Europe in 2019, the D-Day Squadron earned a global presence that’s provided our organization to grow, multiply our DC-3 presence and even launch the DC-3 Society where we actively aid operators and enthusiasts with maintenance, operations, airworthiness, and displays,” shared Eric Zipkin, director of operations and mission chief pilot for the D-Day Squadron. “We won the War because of our logistical abilities, it’s only appropriate we, as the stewards of this noble aircraft, continue to fly and maintain the very airframe that was the backbone to achieving victory.”

Orchestrating a tour of this magnitude takes considerable resources and cooperation from several different organizations. The D-Day Squadron is advising several DC-3s operations in North America, Europe and Southeast Asia planning to participate in Europe 2024. The Commemorative Air Force (CAF), the World’s Largest Flying Museum, is one of the organizations that will collaborate with the D-Day Squadron for the tour. CAF President Hank Coates said, “We are excited to work with the D-Day Squadron on another mission to Europe. When we participated in 2019, it was wonderful to see how many people were impacted by seeing our aircraft and aircrews paying tribute to these important moments in history.”

Planning for the mission is already underway. A volunteer committee of seasoned professionals is being established to help organize and manage logistics in support of another remarkable mission to honor, pay tribute, and commemorate World War II veterans.

A press conference is scheduled for Thursday, July 28 at 1 P.M. at EAA Press headquarters.

For more event information from the D-Day Squadron: https://ddaysquadron.org/events/ 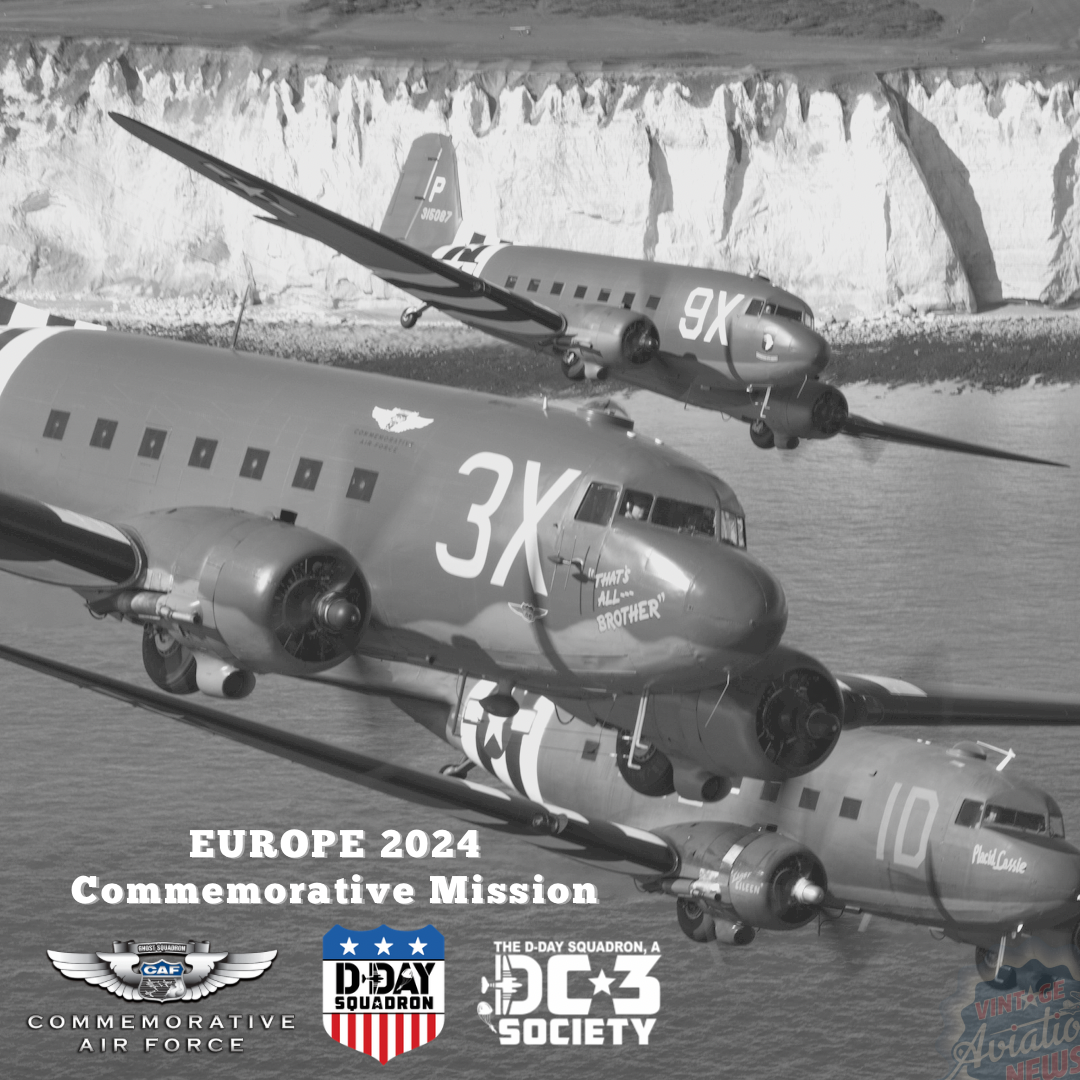 Learn More About the 2019 Mission

The D-Day Squadron started screening “Into Flight Once More” a film that documents the 2019 journey. Several film premiers and screenings across the U.S. this year included having multiple DC-3s from the film on display for audiences. Produced by Sound Off Films and narrated by Gary Sinise, the film brings to life the stories of World War II veterans, crews, and a most historic reenactment of “Operation Overlord,” the codename for the Battle of Normandy, which took place on June 6, 1944. Currently, the film is available to watch on four steaming platforms including Apple TV, YouTube, Amazon Prime, and Hulu.

About the DC-3 Society & D-Day Squadron

The DC-3 Society is a program of the D-Day Squadron with the purpose to promote DC-3 type aircraft airworthiness, serve members, and promote static and flying displays for future generations. The North American DC-3 Society was born to organize the collective efforts of enthusiasts, pilots, mechanics, and operators. It actively educates and involves the next generation in “flying freedom” and celebrates everything the DC-3 has accomplished in war and peace.

The D-Day Squadron is part of the Tunison Foundation, a non-profit 501(c)(3) charitable organization. In June 2019, the D-Day Squadron led an American fleet of 15 historic, restored C-47 World War II military aircraft to take part in a flyover of more than 30 international aircraft to drop over 200 paratroopers over the original 1944 drop zones in Normandy commemorating the 75th anniversary of D-Day. The event honored the citizen soldiers of the War, whose bravery led the Allies to the liberation of France, and then to an end of the devastating War in Europe. The Squadron’s education program takes the compelling story of the citizen soldier to audiences at airshows and events off the flight line to honor these brave Americans and ensure their memory and significance are appreciated for generations to come. The group’s efforts are funded through the generous tax-deductible contribution of their supporters. Learn more at DDaySquadron.org.

Founded in 1957, the Commemorative Air Force (CAF) serves to educate, inspire, and honor through flight and living history experiences. The non-profit organization has amassed more than 180 World War II aircraft – the largest collection of vintage military warbirds in the world. Through the work of more than 12,000 volunteers across 80 units, the CAF’s educational outreach programs reach an estimated 20 million Americans each year, providing unique, compelling hands-on access to history. For more information about the Commemorative Air Force, please visit www.commemorativeairforce.org. 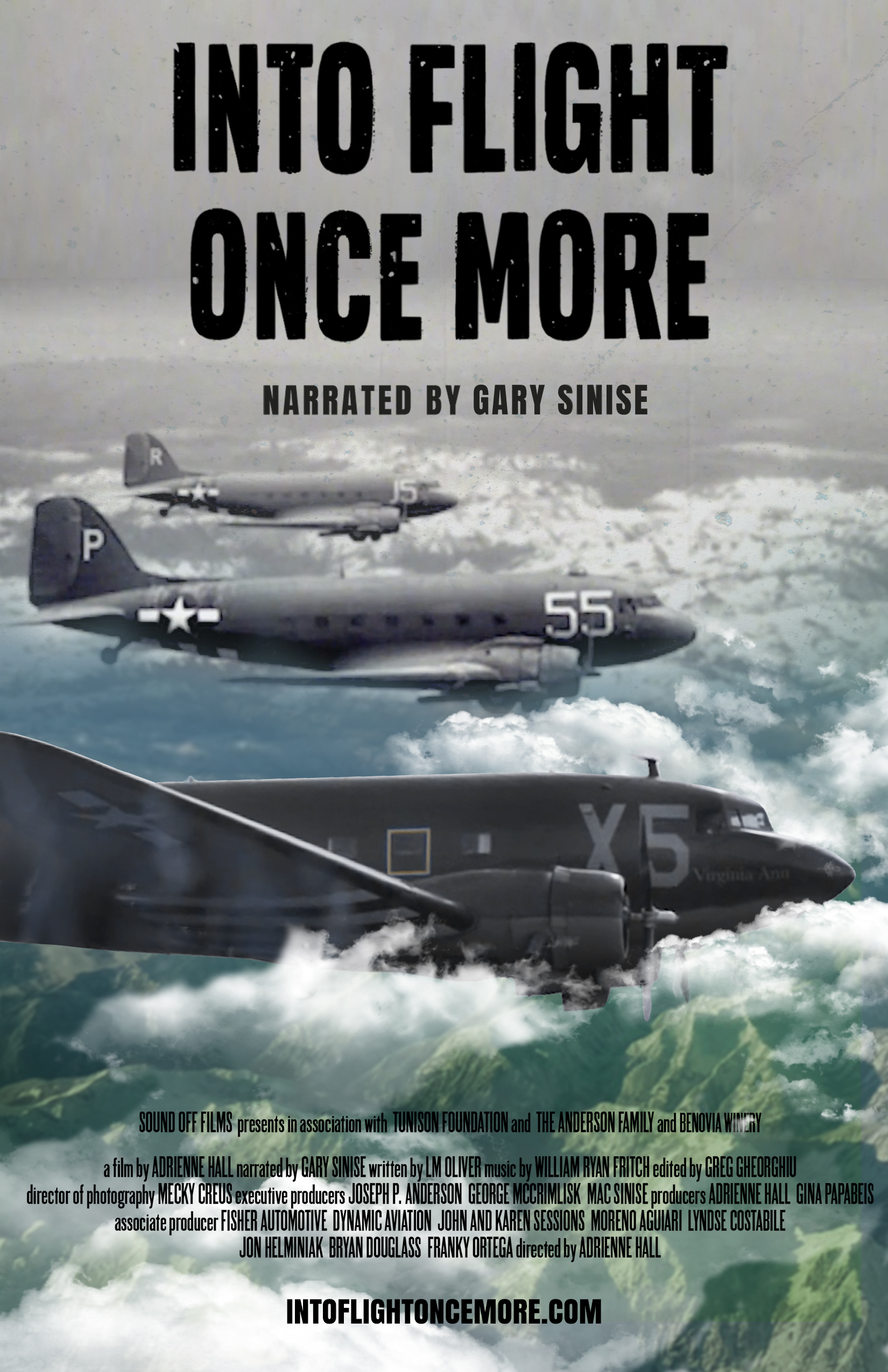